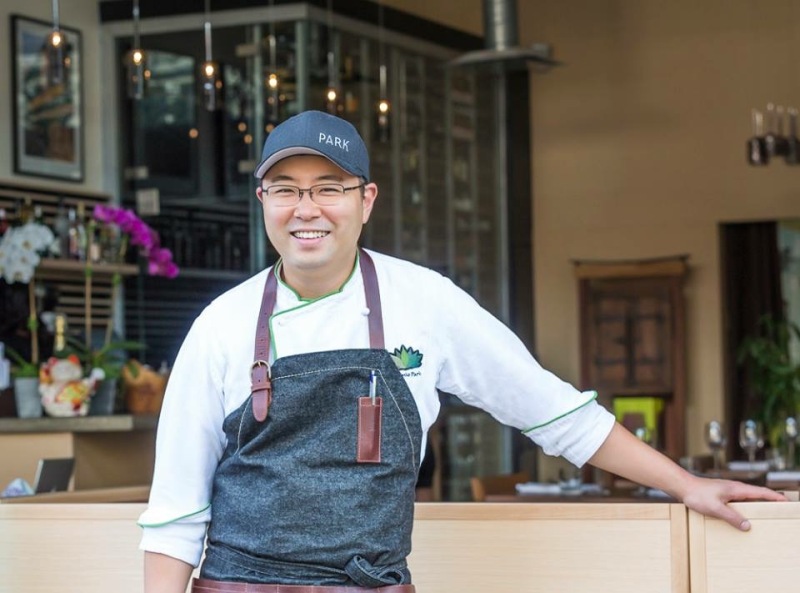 On the evening of Nov. 13, a fire started in the kitchen at Lavanderia on Victoria Avenue in Westmount, quickly spreading to the roof of the four-storey building that houses it and the neighbouring Park restaurant. It took 100 fire fighters all night to extinguish the blaze, which left the exterior of the building intact but pretty much gutted its insides and left devastating water damage.

“It was nothing short of hell,” says Antonio Park, chef and owner of the renowned pair of restaurants. Park Restaurant, which specializes in Japanese cuisine, is named after his father, while Argentinean eatery Lavanderia bears the name of his mother. “It’s like my mother and my father there protecting me,” says Park.

“Park is different from the other restaurants,” he explains. “It was my first restaurant that I opened after working in the industry for 20 years. I did the painting, I worked on the walls with no funding, I put all my money in there and built this place from scratch with my own hands. That’s why it means  so much more.”

After fire fighters and inspectors cleared out of the shells of the two restaurants on Nov. 15, it was announced that both spaces would be closed for an indeterminate amount of time but that the rebuilding process was already in progress. They went to work on the Park side first.

“We just jumped on it. The whole team did it together — they came on board and really pushed themselves. We literally did demolition and then Reliance general contractors came in and helped us rebuild the place really quick. It was an honour and a pleasure to work with them, to see them putting their efforts and love to bringing this back. They knew it was my baby.”

Amazingly, Park reopened on Dec. 12, just under a month after the fire.

“Everyone I talked to said we can’t do that, it’s impossible,” Park says, with a perceptible note of triumph in his laugh.

In rebuilding the space, Park and his team aimed to recreate a familiar look and mood but also took the opportunity to add a dash of redesign.

“We made it sharper and warmer, and we put some wood on the wall to create more of a zen look. We have a lot of regular clientele, and to make them be a part of the family, you have to make changes little by little, and they recognize that. In a way it’s like you’re building a city in a restaurant — instead of new buildings it’s the service station that changes, the coffee machine is replaced, the reservation software is upgraded. Doing these little touches is the only way to keep you updated and push yourself to become better.”

Patrons were greeted with some subtle changes to the menu when Park reopened, including an extra emphasis on local ingredients and Japanese techniques. The chef has always sourced Canadian ingredients first and used his private fish import licence (apparently a rarity among restaurateurs) to ensure freshness, but leaning more heavily on local fare is a welcome challenge for the team.

“You can’t always do the same thing — you’ve gotta have fun,” Park says. “You’ve gotta make your team realize that when they come to the kitchen, they’re in for a good adventure.”

As for Lavanderia, work is underway but Park says it’s going to take a little bit longer to get the job done. Meanwhile, just one door north, he will soon be opening Café Bazin, to be presided over by Park Restaurant’s executive pastry chef Bertrand Bazin. And so the domination of that block of Victoria Avenue below Sherbrooke continues — it’s also home to Sous-Chef, Park’s “healthy, organic, chef-driven market,” and his catering and events company Trout Lake, and that’s not to mention his downtown Montreal restaurants Jatoba and Kampai Garden.

“I grew up in Westmount and I love Westmount, but really I love Montreal. I’ve travelled to so many cities around the world and Montreal is the best city I know.” ■

Park Restaurant is located at 378 Victoria