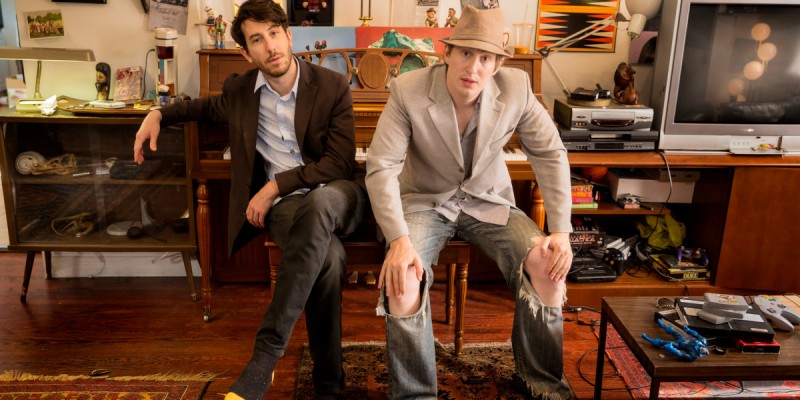 Nirvanna the Band the Show

The second installation of Analogue Addiction’s VHS project Qualité Réduite will be launched this evening at Matahari Loft, with a screening of the video featuring live vignettes by Montreal indie post-punk and synth-rock bands We Are Wolves, Corridor, le Matos, Duchess Says, Choses Sauvages, Heat, Elephant Stone and CO/NTRY. VHS tapes will be available for purchase. 1673 Mont-Royal E., 5–9 p.m., PWYC

Phi Centre is screening the first three episodes of Matt Johnson and Jay McCarrol’s comedy series Nirvanna the Band the Show, the story of a Toronto band’s hijinks, set to premiere on the Viceland TV channel this Thursday. 407 St-Pierre, 7:30 p.m., $11.75/$9.50 students & seniors

Scottish post-rockers Mogwai take the stage at Théâtre St-Denis tonight to play through their 2016 album Atomic, composed of reworkings of songs from their score to the 2015 Mark Cousins documentary, Atomic: Living in Dread and Promise. 1594 St-Denis, 8 p.m., $36–$61

L’Escogriffe presents a screening of the Coen Brothers’ 1998 classic The Big Lebowski at their neighbouring surrogate space (during renovations) le Cactus. White Russians will be available at the bar and bowling skills can be showcased on the dancefloor following the screening. 4461 St-Denis, 9 p.m., free