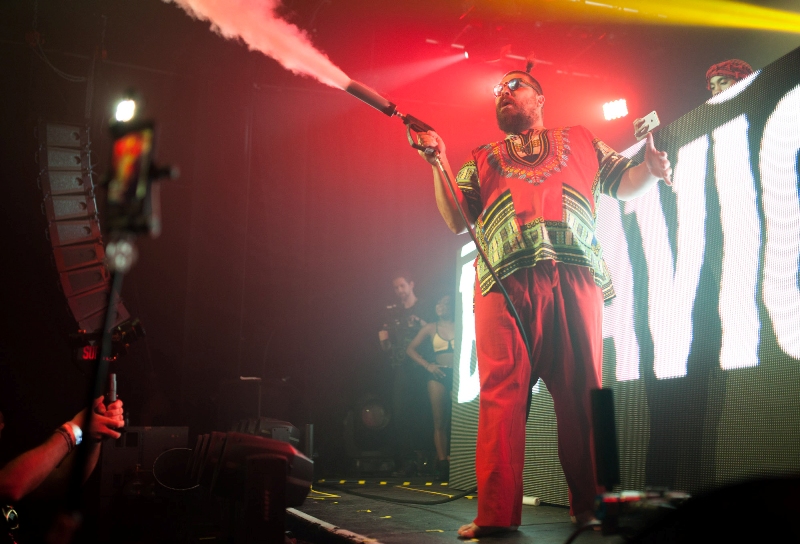 “Fat Jew IRL” is a tour in conjunction with alcoholic beverage Four Loco, Billboard and Instagram celebrity, Josh “the Fat Jew” Ostrovsky. Each of the free (with an RSVP) events sees Ostrovsky host an evening of music and madness in each city, equipped with famed DJs, dance parties and, of course, Four Loko galore. 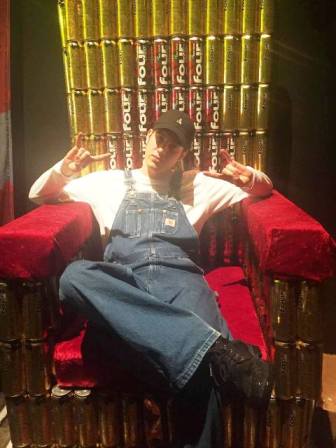 Nights involving Four Loko are usually associated with blackouts, particularly stupid behaviour and raging hangovers the following morning. If only I could have blacked out to forget the stupidity that went on at the drink-sponsored event, as the time I spent there gave me a headache worse than any hangover.

My night started off waiting outside the venue (Théâtre Berri), my body parked in front of a group of Québécois “bros” who were scattering to find molly and belting camp-style chants while jumping up and down. After standing in line for over an hour, the doors finally opened. What I found inside may have been just as horrific as the line: There were Four Loko wristbands, glowsticks, bandanas, three drink tickets (that could only be used on Four Loco) and even a Four Loko throne made out of cans, for the audience to take pictures on, thus becoming true Kings and Queen of trash.

Before headliner Dillon Francis took the stage a few minutes after 11 p.m., the event opened with two openers: Pizza Slime and the Fat Jew’s “Major Lazer cover band” Major Behavior. Both noteworthy names on Instagram, the acts’ DJing talents unfortunately did not fare well when compared to their meme-posting abilities. While the former’s set was more tolerable — a 30-minute mix of today’s top hip hop hits — the Major Behavior performance was more egregious than one could have possibly imagined.

As a man with a significant history of stealing jokes, it comes as no surprise that Ostrovsky would perform as a “Major Lazer cover band.” The quotations are essential here, as this “cover band” consisted of the Fat Jew and an unnamed DJing partner (who did all the work while Ostrovsky spewed a slew of forced jokes to the crowd) spinning 25 minutes of Major Lazer’s greatest hits while semi-nude dancers paraded the stage and animated images of Diplo flooded the screen. Major Lazer was, incidentally, the first EDM show I saw at the tender age of 15, and this cringeworthy set may have just wiped me clean of any childlike hope I still possessed. 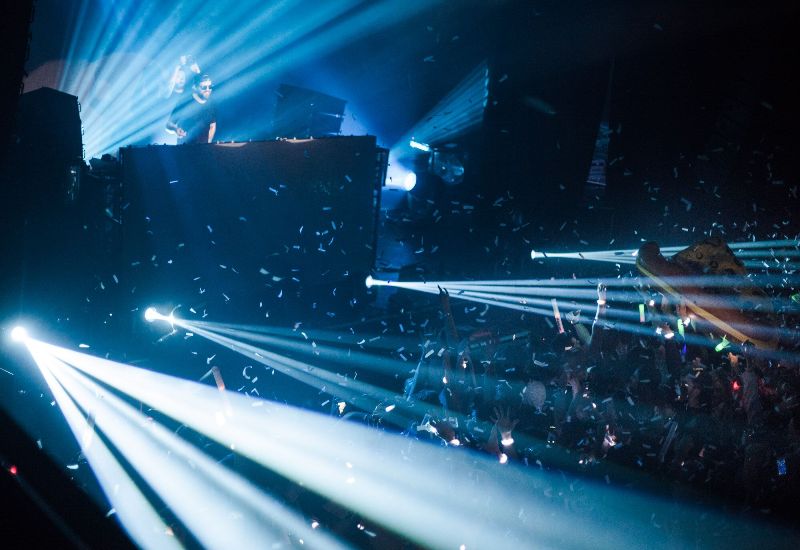 Luckily, Dillon Franics was the evening’s saving grace. The DJ played a better Major Lazer tribute set without even trying, taking cues from Diplo’s spinning style by playing trap favourites, remixes of pop hits old and new, and of course, finding clever ways to incorporate his own smashes into the mix. Francis delivered the night’s best performance by a mile.

Last night’s “Fat Jew IRL” event is exactly how I imagined clubbing would be when I was in high school, only I’ve become far too much of a cynic since then to appreciate it. However, it seems like a good portion of the crowd was relatively carefree, in that they seemed more excited about the prospect of free drinks than the show itself. Unfortunately, this resulted in a vomit extravaganza, with too many people having taken advantage of the drink tickets that were exclusive to Four Loko consumption. 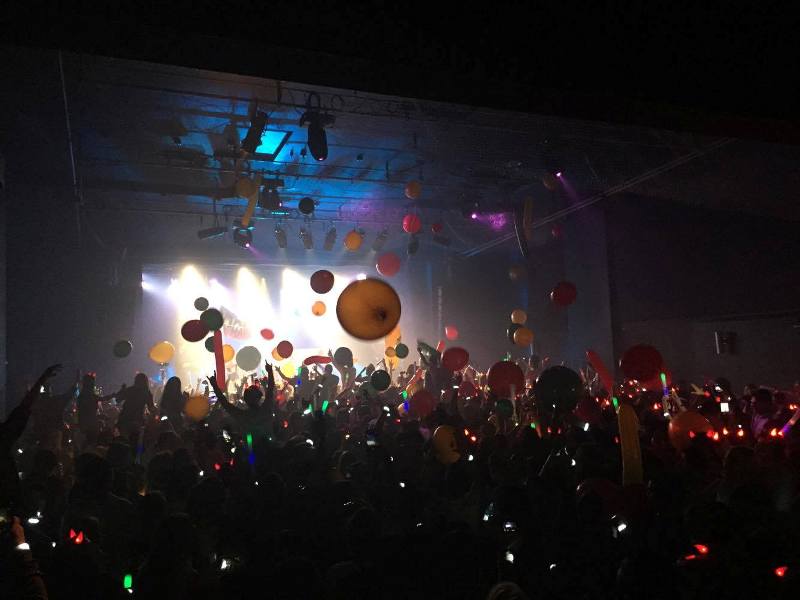 As I left the venue, two ambulances and additional police cars pulled up to the scene. A young woman was being carried out on a stretcher, a small box placed next to her left shoulder, should she need to puke. Instead of strengthening my opinion of their brand, this Four Loko event served as more of a cautionary reminder as to why one should stay away from the disastrous drink. Just like I would rather be sober than drink Four Loco, I would rather have stayed home than catch the Fat Jew IRL. ■