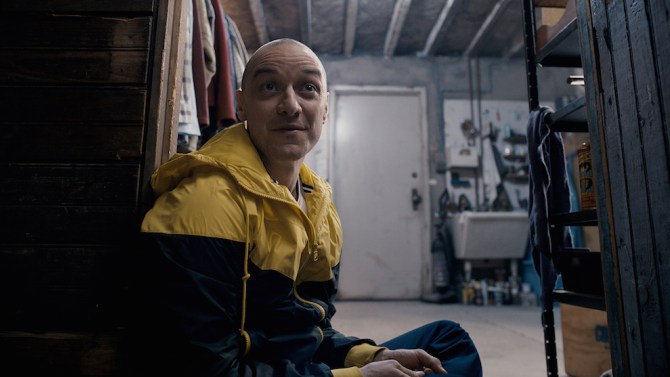 As bizarre as it sounds to me now, in 2017, M. Night Shyamalan’s films played a major part in shaping my love of film. I distinctly remember deciding, at the age of 12 or 13, that I was going to start renting movies based on critical acclaim rather than the amount of jizz jokes, boobs or explosions they may contain. I remember going to the video store and renting Being John Malkovich, The Sixth Sense and Three Kings; I remember all of these being extremely my shit at the time, and I remember that Shyamalan’s very small output made him a manageable filmmaker to follow as time went on. I also remember seeing The Village and being exceedingly confused; how could this guy, a guy that I had okayed as a great filmmaker, make something that wasn’t great?

If you’ve been following, you surely know that things only got worse from there. Shyamalan started believing his own hype, delivering films that grew increasingly self-serious and ludicrous, culminating in a couple of paycheque gigs (Avatar: The Last Airbender and After Earth) that actually made money globally despite being movies that basically no one enjoyed watching. Since then, Shyamalan has set his sights lower, understanding that his talents lay in a canny genre sensibility rather than epic-scale ideas, and he’s delivered a couple of significantly smaller films in The Visit and Split. While I’d love to tell you that Shyamalan’s much better at making these kinds of films than philosophically tipped allegorical turds like The Happening or Lady in the Water — he isn’t.

Claire (Haley Lu Richardson) and Marcia (Jessica Sula) weren’t planning to invite weirdo outcast Casey (Anya Taylor-Joy) to Claire’s birthday party, but it’d be a lot more conspicuous if they didn’t. All that is soon forgotten when a mysterious man (James McAvoy) knocks out Claire’s dad, drugs the girls and takes them back to his lair, where he holds them captive with a vague goal in mind (vague, but not that vague — certainly not a tea party). What the girls soon notice, however, is that the man is very different every time they see him. Sometimes he’s a flamboyant fashion designer named Barry; other times he seems to be a sassy middle-aged woman or a nine-year-old boy. Yes, you guessed it: they’ve been captured by a man who actually has no less than 24 different people living inside of him and a vague desire to offer up these women to a shadowy “beast” he lives in fear of.

For once, Shyamalan’s working with an idea that’s more in poor taste than it is fundamentally stupid: using dissociative identity disorder to power a junky semi-grindhouse thriller is a pretty bad idea in the first place, but it certainly isn’t unprecedented. Undeterred by even that small sliver of hope, Shyamalan also throws in some extremely dubious child-abuse subtext that serves as improbable character shading throughout the film. (Child abuse is actually two of film’s five or six characters’ origin story — I don’t think this is what they mean by economy of storytelling, though.)

Split is more outwardly Hitchcockian than many of his films, but also scuzzier and less well-thought out — Hitchcock by way of Brian De Palma’s spazziest efforts. In fact, the film I’d most closely compare Split to is probably De Palma’s Raising Cain, but even that film reaches an almost operatic grandeur in its balls-out grand guignol stupidity that Split doesn’t even graze.

There are great movies predicated on morally dubious premises. Hell, I’d almost always see something reach too far and wind up accidentally stupid than a film that doesn’t try enough and winds up unavoidably boring, but Split manages to split (ho ho) the difference and wind up being both insane and consistently underwhelming, from its questionable turns (though the film is not predicated on twists in the conventional Shyamalan sense, you can count on feeling confused and disappointed in rapid succession) to its rather flabby sense of suspense, owing mostly to the fact that McAvoy’s therapist (played by Betty Buckley) has her own parallel, exposition-heavy subplot.

One thing that we could previously count on when Shyamalan tried to land a sick ollie and ate shit was that the resulting film would at least have passably enjoyable “so bad it’s good” qualities. Alas, Split is the film where Shyamalan finally discovers (or maybe “unleashes” is the more appropriate term, given the film’s baffling third-act developments) his sense of humour, meaning that he knows exactly when he’s being bad and rolls with the punches a little too comfortably.

Kudos to McAvoy for really throwing himself at this quasi-impossible role. While I wouldn’t call his performance great by any measurable standard, it certainly has a wild-eyed gonzo quality to it that is rare in both his work and Shyamalan’s. McAvoy is operating on Christopher Walken / Crispin Glover / Willem Dafoe / Michael Shannon levels of bugged-out; while I doubt that this will lead to a healthy working relationship with Abel Ferrara or Werner Herzog, it certainly keeps us watching when the film is all but begging us not to.

There’s a certain beauty and pathos to truly horrific, misbegotten exploitation cinema. If you can’t necessarily approve the form or the function, the relative purity of intention of poor taste is commendable. But Split doesn’t really have that; it’s a PG-13 “horror” movie with no particular point to make besides a desire to have its three nubile teen stars stripped down to their underwear at some point and have McAvoy rattle, bug-eyed, through a bunch of easy stereotypes into a fisheye lens. There’s no doubt in my mind that Shyamalan knew exactly what he was doing — that this is no fluke, but a calculated effort to distance himself from the perceived overwrought nature of his previous films. (And Split’s mid-credits coda is, to Shyamalan’s credit, one of the single most baffling and cringeworthy I’ve ever seen, effectively reshapes the film into a building block of a Marvel Universe-esque project that is almost certainly never going to happen.) This is overwrought in an entirely new way for him — I’ll give him that. ■