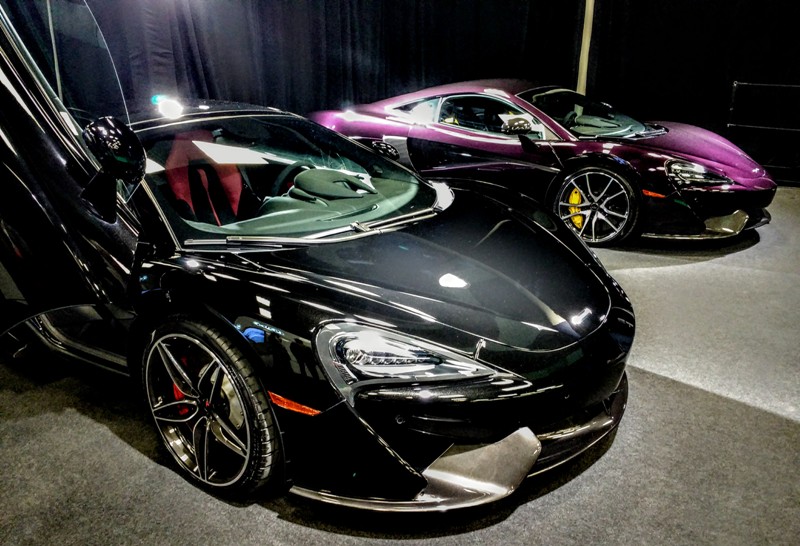 Calling all gear-heads, Fast and Furious fans, Vin Diesel worshippers, Civic Nation denizens and those with a need for speed.

I anticipated women with amazingly styled hair in ball caps and tight, cropped tees; loads of pumping, hydraulic suspensions and impossibly sub-woofered sound systems. I believed I would witness an endless collection of tricked out street racers, Tokyo drifting their way into my heart. Turns out the car show is a much more dignified affair.

Like fine jewellery, fancy cars are a consumer culture: a financial sinkhole to exhibit a person’s wealth. But in the event of end times (e.g. apocalypse, extreme climate change, zombie attack etc.), that souped-up, low-riding Nissan GTR won’t be able to drive over a single dead zombie. You’ll never hit that 0-60 performance time with a pile of zombie bodies tumbling in front of you, plowed by that extremely priced front grille and illuminated by thousands of dollars of blue LEDs. 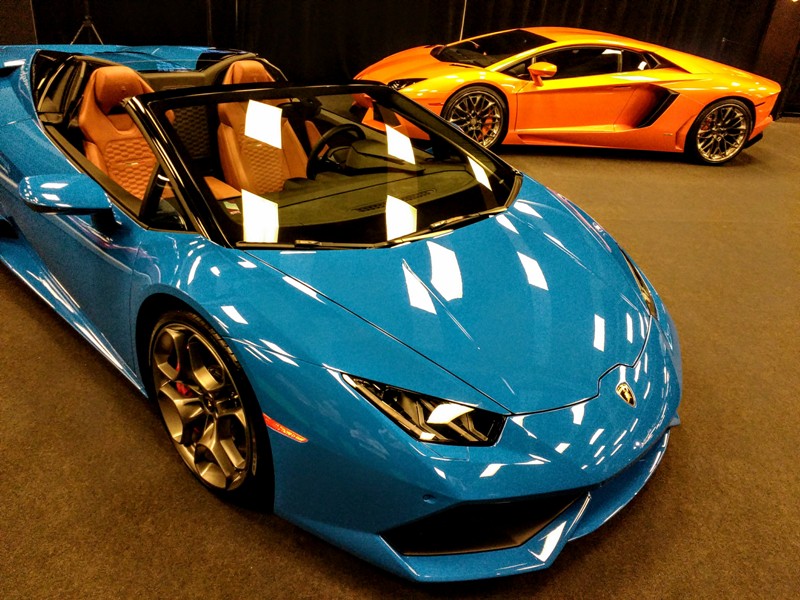 This type of car is on display in the “Zone Performance.” The crowd seemed slightly unimpressed by the musical selection of NWA’s “Fuck tha Police” being blasted throughout the hall at 10 a.m. The Zone Performance did boast some interesting gems, including a 1930’s Ford Dragster presented in a thoughtful, museum-like mis-en-place. A handful of non-plussed models in minidresses were on hand to enhance the feeling that a reckless and illegal street race might break out at any moment.

Needless to say, all the signature whips are here, including those seen on the big screen, as driven by both James Bond (Aston Martin) and Mission Impossible’s Ethan Hunt (Lamborghini Haracan). There are also a couple of very futuristic McLaren’s lying around. The McLarens perplexed me the most, since they’re tucked away in their own corner, making it difficult for me to decide whether they were hideous or not. 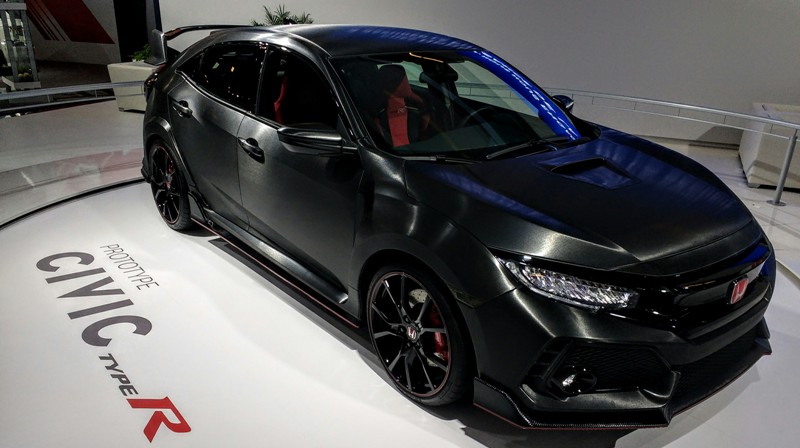 The Elon Musk fangirl in me was slightly disappointed Tesla is not represented here. While most major brands like Chevrolet, Ford, Nissan, Mitsubishi, Kia and BMW are including either electric or hybrid vehicles in their 2017 line-ups, the Tesla remains the standout, boutique vehicle.

However, cordoned off to the side of the Rolls Royce display area is a lone, signless, and seemingly brandless electric vehicle. I feel like I discovered the Karma Revero by accident (fate?), and chatted with the rep about the actual efficiency of the solar panelled roof. The California-made Revero’s logo is a glowing, hypnotic circle that changes depending on how you look at it, like a mood ring. I can only assume the idea was that this logo will have a similar effect on zombies. 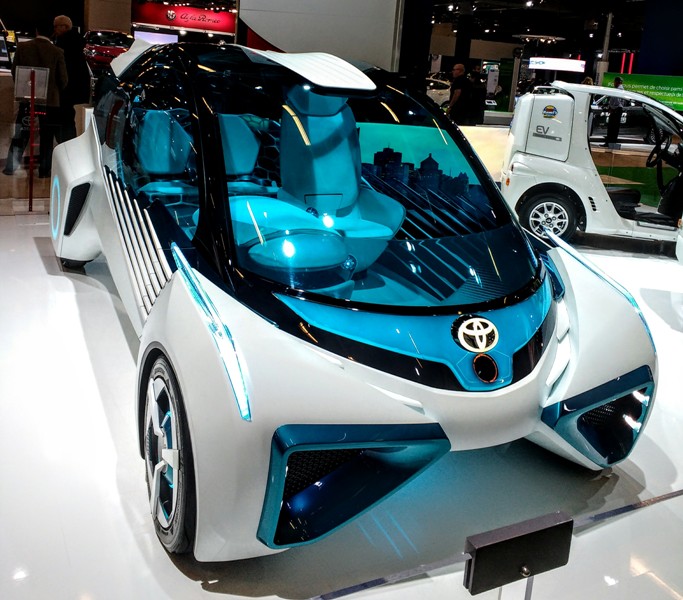 This show is very much geared to the consumer, and less of a visionary event. There were only a few concept vehicles, and the souped up Zone Performance had much less undercar LED lighting and hydraulic suspension demos than I had hoped for. Overall, the experience was fun, offering various Oculus VR demos, driving simulators and an hourly Hank the Robot interactive show by Ford. If you are in the market for a new vehicle, then this is a great place to see everything all at once: it’s like a giant, sexy car dealership that has all the cars with an MSRP ranging from $30,000-$300,000. ■