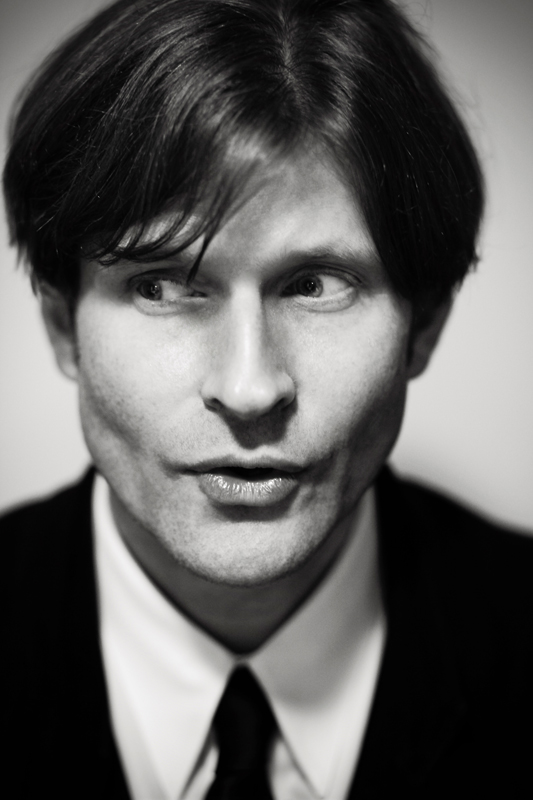 Most of us are familiar with his career as an outstanding character actor (and occasional lead) in random Hollywood movies, but anyone who’s been privy to his work as a filmmaker, author/illustrator, musician and touring performer recognizes his status as a cult art icon.

From his  kind of infamous 1987 appearance on Late Night With David Letterman to classic bizarre film roles like Wild at Heart’s Cousin Dell, Glover’s eccentric tendencies (and adherence to “the aesthetic of discomfort”) have long been on full display. Running parallel to his successful, consistent and continuing Hollywood career, his own work is self-financed, independent, experimental and often embedded with criticism of the industry that employs him.

This week, Montrealers will get the opportunity to see Glover showcase his pet projects: a live presentation of Crispin Hellion Glover’s Big Slide Show (Parts 1 & 2) and a double bill of his films What Is It? (2005) and It Is Fine! Everything Is Fine (2007).

We reached out to Glover by email.

Lorraine Carpenter: Both of the feature films you’ve directed involve actors or writers with disabilities, and I’m curious to know why this world or point of view interested you.

Crispin Glover: What Is It? is not a film about Down’s Syndrome but my psychological reaction to the corporate restraints on filmmaking in the last 30 or more years. Anything that can possibly make an audience uncomfortable is excised from films or they will not be corporately funded or distributed.

When we do not properly process taboo in our media, it stupefies the culture and that is of course a bad thing. It is the very moment when an audience member sits back in their chair, looks up at the screen and thinks, “Is this right? Should I be here? Should the filmmaker have made this? What is it?” that they are having a truly educational experience. I would like people to think for themselves.

LC: I understand that you’ve made a new film that’s currently in post-production, in which you co-star with your father. Can you tell me anything more about it?

CG: That project, which is currently untitled, was shot at my property in the Czech Republic. My father, Bruce Glover, is also an actor who has appeared in such films as Chinatown and Diamonds Are Forever, and he and I have not yet acted together on film. It is relatively easy to direct my father, but it was more difficult when I let him get involved with some of the writing.

There are things about working with one’s own father that are good and difficult at the same time. Ultimately the results of the film — and personally — will be good. I’ve been showing a two-minute preview of this film at my shows on my recent tours.

LC: What can you tell me about the books you’ll be presenting as part of the slide show?

CG: I perform a one-hour dramatic narration of eight different books. I started making my books in 1983 for my own enjoyment. The material is adapted from old (public domain) books from the 1800’s that have been changed, with original drawings and reworked images and photographs. When I first started publishing them in 1988, people said I should have book readings. But the books are heavily illustrated in a way that helps to tell the story, which is why I knew a slideshow was necessary.

LC: How do you feel about Donald Trump?

CG: Suffice it to say that I have concern about the state of U.S. politics. Perhaps the most important issue, ultimately, is to get money and corporate interests out of U.S. politics. If there are any U.S. citizen readers, I suggest they go to wolf-pac.com and become informed about this issue. ■