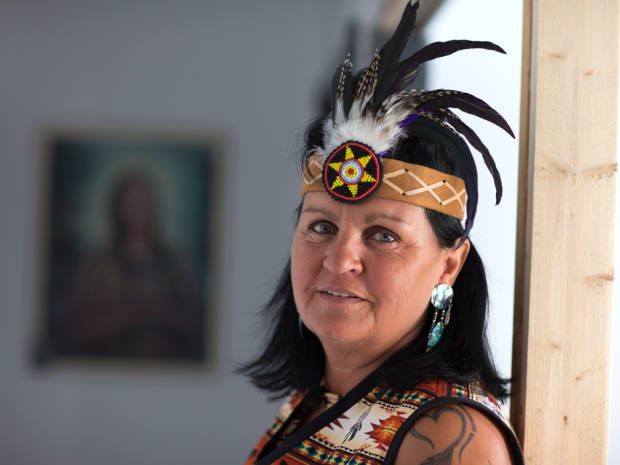 I wrote a lighthearted column a decade ago in which I claimed to be Irish, only to receive an email shortly after from my father telling me that, as the family’s unofficial genealogist, his research indicated my Irish roots represented just 17 per cent at best.

My last name is definitely Irish, though deformed somewhat — by either illiteracy or indifferent immigration officials — by the addition of an “e” and a “d” to the more commonplace Whelan. My Scarborough cousins spell it without the “d,” supposedly thanks to my paternal grandmother’s fleeting interest in numerology. My sister Carolyn’s kids spell it Whelan, their flimsy excuse being my sister’s decision many years ago to marry a guy from Dublin who just happened to spell his own name that way.

(When I was growing up, the Archbishop of Montreal was Lawrence Patrick Whelan. When other kids at St. Luke’s elementary would ask if I was related, I’d tell them he was my father.)

Suffice to say that the place-cards at my extended family outings greatly confuse restaurant wait staff confronted with three different spellings. I like to tell them we’re in Witness Protection and we haven’t quite adapted to the new names. Some might call that a “lie,” but I’m Irish, so we just call it a “story.”

Oops, there I go again. To tell you the truth, I’ve always been sceptical of my father’s 17 per cent claim. Then, last year, I saw an ad for Ancestry.com offering a discount on DNA testing that would establish, with a modicum of scientific certainty, exactly how much Irish was left in the blood of my generation of Wheelands. So I recruited my three sisters to help split the test fees and my youngest to provide the spit that would be mailed off to Ireland (where, coincidentally, Ancestry has its DNA labs).

Results? Turns out my father was off by half: we’ve got 35 per cent Irish DNA, 43 per cent British, 15 per cent Western European, 6 per cent other European and 1 per cent Asian. Basically, any whiter and I’d make Conan O’Brien look tanned.

That’s got almost nothing to do with my identity, of course. Culturally, anglo Québécois is the label I feel most comfortable with. But even though I’ve got more claim than most to celebrate that March madness known as St. Patrick’s Day, all the DNA in the world won’t give me the slightest edge in understanding what it meant to be Irish as British colonizers under Cromwell sought to eradicate the culture and language, and as much as half of the population died in a genocidal wave of warfare, famine and plague.

Nor will my holidays on the “Emerald Isle” give me the slightest insight into the profound prejudice that Irish migrants faced in North America — if they were lucky enough to survive famine and disease to make it here in the first place. I’m as capable as anyone else of reading, researching and learning about these experiences, but my DNA will never be a substitute for living through them. As a writer, I could tell the tales of the Irish immigrants who died at Grosse Île quarantine station or while building the Victoria Bridge, but it would never occur to me that my ancestry had any bearing on the authenticity of stories that were never mine in the first place.

The controversy over Canadian novelist Joseph Boyden and his disputed claims of Indigenous roots has been steaming up the op-ed pages lately. After years of persistent mumblings as Boyden’s star began rising as an “Indigenous voice” in the Can-lit crowd, APTN journalist Jorge Barrera followed the family tree from Boyden’s paternal roots in 1600s Scotland and failed to find evidence of the author’s contention that “while the majority of my blood comes from Europe and the Celtic region, there is Nipmuc ancestry on my father’s side, and (Ojibway) ancestry on my mother’s.”

Boyden was unwilling or unable to offer any documentation of his own, but does it really matter one way or the other?

Whatever trace of Indigenous blood Boyden can track is about as relevant to his First Nation’s fiction as his much more substantial Celtic roots would be should he decide to write a novel about growing up poor in 18th century Glasgow. It is, however, relevant to how the author of The Orenda has packaged his image in numerous interviews over the years as a First Nations author, and the prominent role he has taken on as an ambassador of Indigenous culture, even acting as an “honourary witness” at the Truth and Reconciliation Commission into abuse in Canadian Residential Schools.

That Boyden’s genealogy has become the subject of such heated debate is no one’s fault but his own. It was always irrelevant to his fiction — though not to his marketing. No one ever suggested that as a non-Indigenous author he was not allowed to set his novels in First Nations communities. Although his portrayal of native culture has been criticized as promoting false stereotypes, he has also been praised for raising awareness and sympathy for aboriginal culture.

But Boyden is no more an Indigenous author than I am a leprechaun, and no DNA test will ever make him one. He could do a lot to put the debate behind him by acknowledging the truth: his ancestry is nothing but book-jacket trivia. Instead of struggling to hold on to a spokesman role he never should have accepted, he should use his Can-lit celebrity to elevate the voices of those whose understanding of First Nations cultures comes from experience rather than imagination. ■