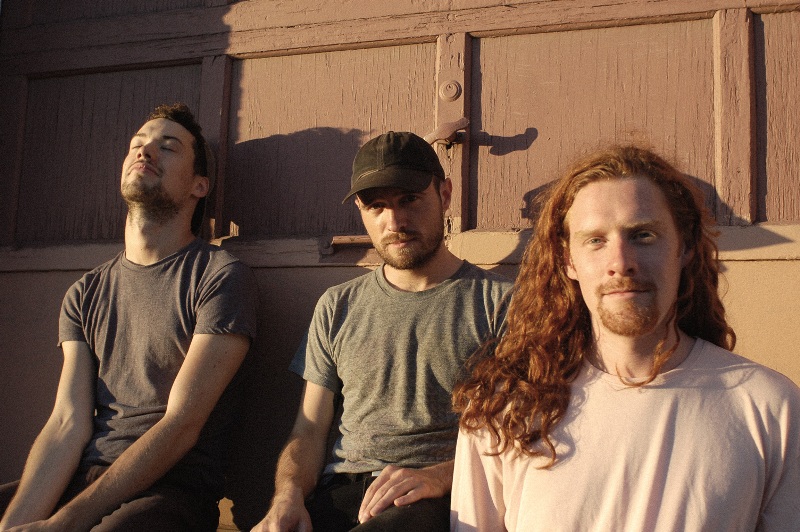 Saxsyndrum is one of those Montreal bands that I usually bring up when speaking to outsiders about the local scene. Like many other local artists, the band bridges the gap between fun and experimental, making for a unique live experience.

Since releasing an EP in 2014, the band has been playing as much as possible, including appearances at festivals like Way Home and SXSW. Out on the road, drummer Nick Schofield says, “People most often say they’ve never heard anything like us, which makes sense because few people are approaching their instruments, songwriting or production like we do.”

Their latest tour comes with the release of “Up to You,” their second single of the year. Certainly their most pop-oriented track to date, “Up to You” features vocalist AP Bergeron embracing a frontman role with a catchy chorus to match the bright, instrumental beat. The band stresses that although this vocal approach is much different from the TV, movie, and cartoon sampling of their past, “Up to You” is just one side of what they do.

Schofield explains that while groove and beat is fundamental to their songs, they also live-process their acoustic sources (voice, sax, drums) with electronics in an effort to advance and possibly recontextualize their instrumental choices. Intrigued by “everything from Bieber to radio-static,” their songwriting process is more a matter of manifesting their interests, rather than driving their development specifically towards becoming a pop band with a lead singer.

“Up to You” is packaged as a seven-inch single with a dub version on the B-side (scroll down to listen below) — a formula dear to the heart of sax player Dave Switchenko. Besides being a handy vinyl format, the band has drawn musical inspiration from classic 7” releases from the ’70s and ’80s, especially Kingston-based dub where drum & bass are the anchor, and vocal or melodic fragments are sampled with tape delay and other effects to draw out details and textures that might cloud or clutter a pop song. Schofield admits that some of the band’s work has been over-saturated sonically, so “dub is teaching them to give more breathing room in the mix, to make room for more spacious sonics.”

After finishing up their current tour, the band hints at new full-length LP to come. Again Schofield emphasizes that they are “moving in many directions stylistically” so fans are sure to find everything from pop gems to “spacey interludes and extended dark jams.”

In Schofield’s words, “Saxsyndrum has stylistically traversed so much over the years.” Judging by the new single, they are sure to continue their evolution with every coming release. ■