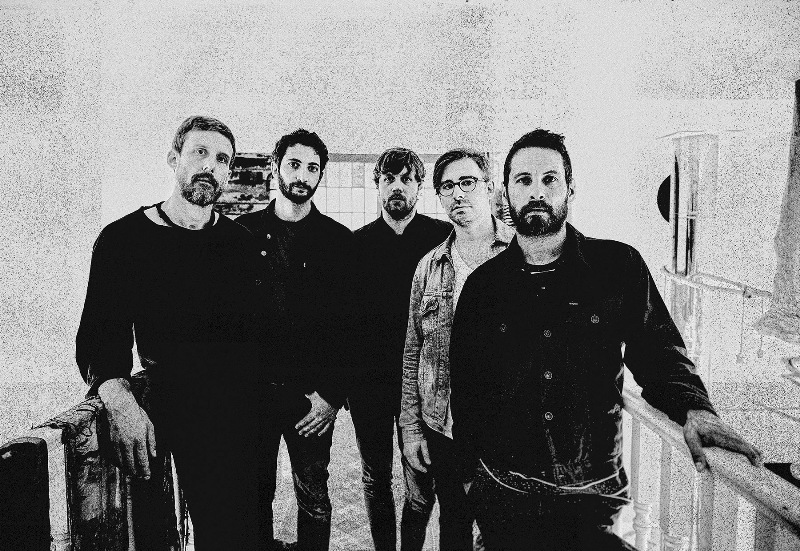 TerraForm is the sixth album by Sam Roberts Band, a record that balances sonic and conceptual exploration with that accessible rock style that makes these Montrealers so radio-friendly.

Recorded at the Tragically Hip’s Bathouse Recording Studios near Kingston, TerraForm was co-produced by Graham Walsh from Toronto experimental electronic band Holy Fuck. In considering studio collaborators, Roberts and his bandmates Dave Nugent, Eric Fares, James Hall and Josh Trager were equally impressed by Walsh’s ambient side project Etiquette and the more frenetic rock of Metz, another band that Walsh has produced.

“His palette in terms of sounds covers a very wide spectrum, and this record needed that,” Roberts says. “You never get the sense that he’s putting on different hats, that this is just who he is as a musician, and we didn’t want this record to be pigeonholed.

“The sounds themselves become equally important as the parts you’re playing,” adds Roberts, explaining the “tonequesting” process that he and the band went through with Walsh. “A lot of the personality of the record ended up being captured by the actual sonic treatments, so Graham played a huge role in that.”

Terraforming is the modification of another planet to support human life, a concept that Roberts embraced as a title because of the number of new songs that seemed to revolve around the idea of renewal, on personal, societal and global levels.

“Over the years I’ve buried a lot of my own personal feelings and autobiographical lyrics in more universal themes, and on this record I tried to break that barrier down a bit and just talk about what I’m living these days. I have a family and I’ve been with my wife for 25 years, so you could say things are going well but that doesn’t mean that you don’t go through twists and turns when you’re trying to make a family work. I’m not living through tragedy, though it always feels like that’s just around the corner, especially as you get older — you’re just like, ‘Well it’s been a great run but shit’s gotta hit the fan sooner or later,’ so you live with that fear as well. I’m trying to sing or speak honestly about life, about where you falter, how you pick yourself up.

“This record is about starting over when things appear to be broken and ultimately realizing that there’s nothing so broken that it can’t be fixed. That can apply to anything: That can be political, it can be the climate, what we’re doing to the planet, what we’re doing to our own lives. I’m very interested in the notion of the future world, what it will be, what it will require of us, what we can do to ensure that it’s the best possible place and time to exist in. But your life is your own universe, you have your own sets of rules and parameters that define your life, and that universe can be renewed, too.” ■