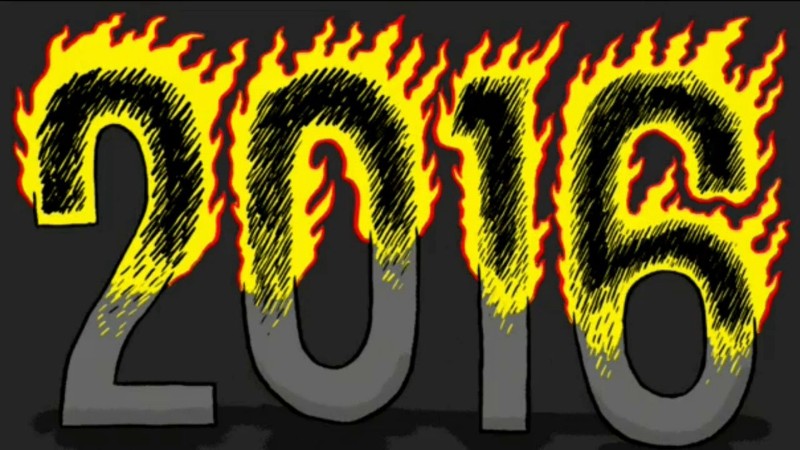 There seems to be a general cultural consensus (we don’t want to use the word zeitgeist) — and perhaps particularly in the USA — that 2016 has been the worst year in recent memory.

Well, shit — we feel that. And that’s all the more reason to party hard this New Year’s Eve, forget the darkness of the past 365, hope for the best for the next and give your people a little extra attention while you’re doing it.

Cheers to Cult MTL readers, Montrealers of all stripes and — not least — all of the artists and promoters putting together great events on the last night of this godforsaken year.

Note that all the following parties are happening on Dec. 31, are 18+ and end at 3 a.m. (unless otherwise noted).

(Also, the metro is open ALL NIGHT this year, so leave the car at home and don’t depend on cabs or surge-priced Uber at 3 a.m. If you’re not near a metro and you’re out drunk with a car, don’t do it! Either grab a night bus or call Operation Nez Rouge.)

Crew up with the Artgang crew on the makeshift dancefloor at their Plaza St-Hubert space, with music by DJs Shash’U, Planet Giza, Da-P, High Klassified and more special guests.

Plateau pinball/cocktail bar North Star marks its first anniversary with a New Year’s get-down, with music by their house DJ and special guests, a photobooth art installation by artist Meags Fitzgerald, a handcrafted piñata by Weird Piñata and plenty of birthday surprises.

Stereo resident and renowned local house DJ Paolo Rocco plays the cozy, stylish Mile End nightclub Datcha for the first time, along with Pieces of Me b2b Di Stefano. In lieu of a cover charge, organizers are encouraging donations to a worthy cause: Doctors Without Borders.

The Societé des Arts Technologiques art and party space is mounting a two-room NYE bash with techno/house DJs Vosper, Ledisko, Ponsolo, Melesul3 and Sean Caruso in the dome, and hip hop/house DJs Monsieurlouis, Noyl and Famelik on the ground floor.

Varning Productions and Youth of Nausea present a punk/post-punk/coldwave NYE party at Katacombes with Who Killed Spikey Jacket?, Durs Coeurs and Lysergic, with an aftershow set by Besatzung, a dance party with DJ TabarNaki and draws for prizes from Vans.

Intimate Mile End venue Mademoiselle hosts a night of live music for NYE, featuring the Feedbackers and People and Space, followed by an open jam around 1 a.m.

Blowout-party/kink specialists Cirque de Boudoir hosts its annual Carnavalesque extravaganza, with an electronic soundtrack by DJs Plastik Patrik, Diskommander and Davidé, circus, burlesque, fetish and other types of live performances by Cirquantique, Lady Josephine, Squid Lid and others, and a 1920s aquatic theme.

Hit Barfly to see this local band launch their new EP, a retro-groove soundtrack for award-winning short film The Chaperone, which depicts the true story of a school teacher and a motorcycle gang in 1973 Montreal. Bonus: door prizes. 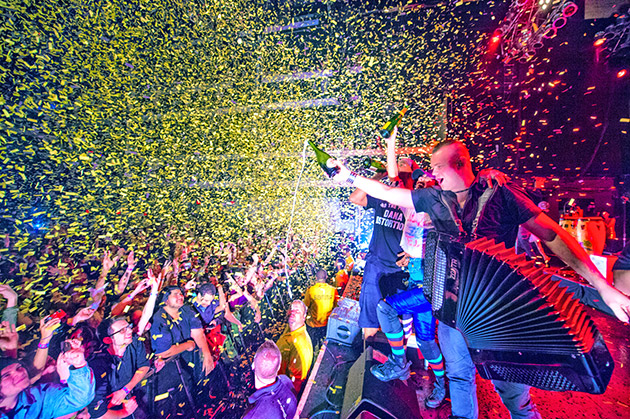 The Tekno Agricole crew serves up a feast of beats in two rooms with over a dozen DJs spinning the spectrum of techno and bass sounds.

Four Montreal bands on the post-punk/synth wave axis — Pelada, Xarah Dion, Sunstroke Militia  and Butcher Baby — play la Vitrola, where the soundtrack to NYE 2016/17 will be filled out by Post-Punk Night at Casa DJs Tyg and Ciemnosc.

For queers and their allies, a two-room party at Casa del Popolo with Bearcat and Odile Myrtil in the showroom and Yung Bambii, Carmen, Deadlift and DJ/party promoter Frankie Teardrop in the bar room.

Scott C and Andy Williams’ take their monthly Sala Rossa get-down (and staple CKUT radio show) into New Year’s mode, spinning old and new permutations of funk, soul, jazz, hip hop, Afro, Latin and boogie alongside special guest DJs Static and Professor Groove. This year’s party will be bittersweet as it’s the “final chapter” for the Goods, which is coming to an end after almost 15 years.

Doc’trin, Lord Plankton and MC Huilly Huile deliver a night of “insanely bumpin” party music (R&B, hip hop, funk, disco and more) spiced with classic tunes by artists that the music world has lost this year. Click the link for clues to who some of them are, and related details about a contest attendees can win — the prize is a $50 gift certificate for the record store of your choice.

Enchantment Under the Lab

Le Lab throws down a 1980s-style, Back to the Future-themed Prom & Tux party. The ticket price includes three of the Plateau cocktail bar’s signature drinks, champagne at midnight and a few other alcoholic treats throughout the night.

Party old-school at Montreal’s premier burlesque nightclub and cocktail bar, promising a rockin’ and rollin’ soirée with house band the Wigglers, pop-up burlesque performances by the likes of Ruby Rhapsody and Honey Dynamite and a round of bubbly at midnight.

Mile End’s upscale diner celebrates the end of 2016 with a dinner party (and cocktail party after 10:30 p.m.), offering both a special prix fixe menu and regular menu. Reservations are a must.

Feast on the raw bar, surf & turf dishes and sweet table (and wash it down with Veuve Cliquot and Elixir shots) at downtown resto-bar Sousbois, where the ambiance is subterranean forest. Food will be served till 11 p.m., and DJ Thomas H serves up the music alongside a special guest. 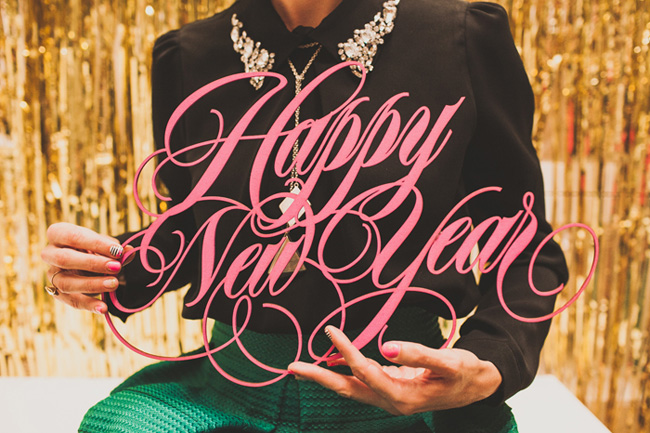