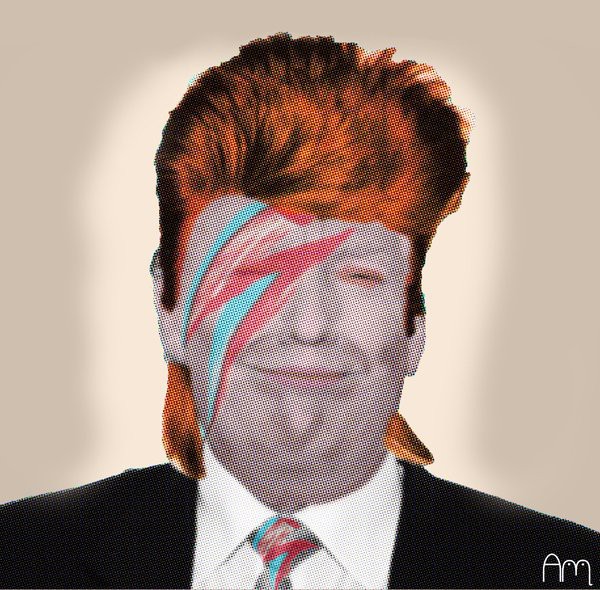 Dickens would no doubt have chuckled at the rush to declare 2016 the worst year ever. Driven as much by celebrity deaths as the election of Donald Trump and the British vote to leave the European Union, 2016 has indeed been a year where lots of “shit happened,” but as Dickens so eloquently pointed out, shit happens all the time. Whether it’s good or bad will of course depend on your perspective.

A few years ago, when a company called Canwest owned the Postmedia Canadian newspaper chain now run by U.S. hedgefund managers, local newspapers including the Montreal Gazette were told by the big bosses that readers were tired of all the “bad news” in the papers and that from now on they were to include a “good news” page once a week.

The first “good news” story in The Gazette, if memory serves (it doesn’t always, these days), was about a youth hockey team that had had an undefeated season. Good news indeed, if one of your children was on the team. Not so good for the teams that played against it.

The experiment dragged on, with senior editors tasked to find good news stories to plug the assigned hole once a week, until finally the “good news” banner quietly disappeared one week and readers were once more left to decide on their own what news was good and what was bad.

I’ve seen a similar rush on my social networks to document how good or bad we have it in 2016, including the ambitious “99 Reasons 2016 Was a Good Year” by Angus Harvey of Future Crunch, whose group’s “mission is to foster intelligent, optimistic thinking about the future.”

Among the 99 pieces of “good news” were 12 items in a section titled “Endangered animals got a some well-deserved breaks,” where the authors noted several species including giant pandas, green sea turtles and Columbian white-tailed deer were taken off the endangered species list. It did not mention that the World Wildlife Federation estimates that, overall, “the rapid loss of species we are seeing today is estimated by experts to be between 1,000 and 10,000 times higher than the natural extinction rate.” (You’d expect the intelligent optimist to realize that minor improvements for a dozen species is pretty insignificant when somewhere between 200 and 2,000 disappear for good each year.)

This type of cherry-picking occurs on both sides of the debate, of course, with optimists doing their best to fill the glass while the pessimists try to drain it. Take something as simple as the international price of oil. An increase is good news for people who earn their living from exploitation of the Alberta oil sands, which has been kicked in the teeth by low world prices for their expensive-to-produce dirty oil. It’s bad news for anyone who relies on fossil fuels to run their business or to get from point A to B cheaply. But a big enough increase could also spell bad news for Alberta if expensive oil results in a huge boom for alternative energy industries, which would be good news for those of us who think jobs shouldn’t come at the expense of the environment.

“The optimist thinks this is the best of all possible worlds. The pessimist fears it is true.”

See, it all depends on your perspective.

Even the election of Trump could turn out to be good news in the end. His promise to “drain the swamp” in Washington is currently being achieved by flooding it with alligators of his own choosing, wealthy sociopaths of every description who will dismantle, hobble and hogtie the agencies charged with protecting the U.S. environment, consumers and workers in favour of protecting the right of the wealthy to become wealthier.

If the failure of neoliberalism was evident enough and dramatic enough under Obama to spark the Occupy Wall Street movement, imagine how much more evident the failure will be under Trump, who has appointed some of the worst of Wall Street to his economic cabinet. If U.S. streets were packed with citizens protesting police use of deadly force against unarmed residents from minority communities under a black president, imagine the anger when the country’s new orange president leaps to the defence of militarized police mowing down crowds of Mexican “rapists” protesting mass expulsion orders or inner-city blacks blamed for their own destitution and repression. Occupy Wall Street could look like a Sunday School picnic when protests begin against Trump’s venal kleptocracy.

Maybe the seeming civility of an Obama or a Clinton has helped mask the incivility of a system that continues to leave millions of citizens struggling to feed, clothe and house themselves in an economy that produces an average of $52,000 in goods and services for every citizen. With Trump’s economic rapists about to take charge of the nation’s labour camps, maybe the anger of the exploited classes will finally reach the tipping point and even Trump supporters will be forced to realize that the enemy of freedom hasn’t been government, it’s been unbridled greed.

Good news and bad news are the yin and yang of life. Although we’ve certainly lost a lot of iconic artists in 2016, we won’t know for decades how many new ones were born. In any case, it would be silly to expect anyone to live forever and we should be grateful that artists like David Bowie and Prince lived long enough and well enough to produce such great volumes of their art.

Even Montreal’s beloved Leonard Cohen, when faced with the bad news that his manager had stolen his retirement money, was prompted by the loss to go out and produce new music and perform hundreds of shows. We lost a great artist with his death last month, but we would have unknowingly lost much great art if Kelley Lynch hadn’t stolen $5-million from him 12 years earlier. Cohen’s bad fortune was his fans’ good fortune, or as Cohen himself might have put it: “You got me singing/Even tho’ the news is bad/You got me singing/The only song I ever had.” ■