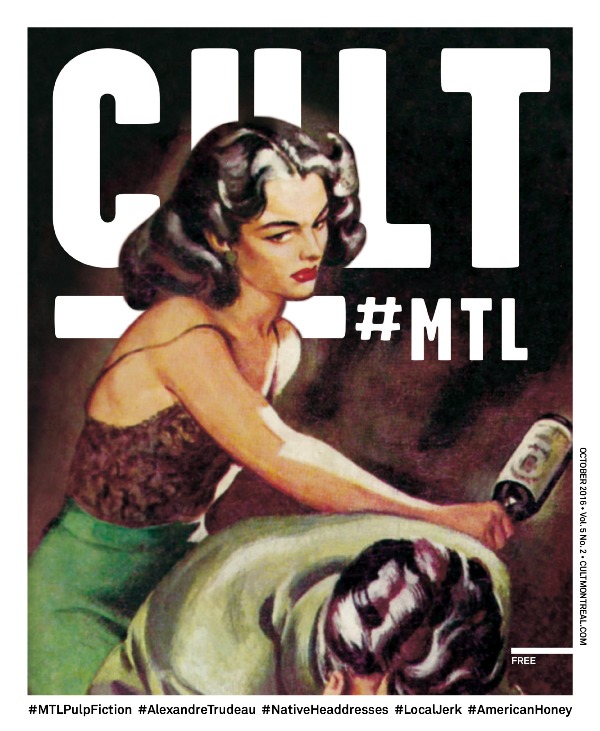 These are some of the people and places that populate the Ricochet Books series of reissued Canadian noir novels, published over the past six years by Véhicule Press for the first time since their original pressings back in the 1940s and ’50s.

Eight out of 11 of these titles are set here, and unlike better known Canadian literature of the time, this pulp fiction depicts the more infamous side of Montreal, the side that built this city’s reputation as a vibrant and risquée place to go for a good time.

“Burlesque houses and drugs and jazz clubs and brothels and gambling dens — that Montreal seemed to be absent from the very few Montreal novels of the time, things like [Hugh McLennan’s] The Watch That Ends the Night or 1950s books by Constance Beresford Howe, which dealt with Westmount and that kind of world,” says series editor Brian Busby.

Westmount is present in a couple of the Ricochet Books, including Douglas Sanderson’s Hot Freeze and David Montrose’s The Crime on Cote des Neiges, which both begin with a detective being called up to a mansion on the mountain to investigate some underworld activity down the hill. Unlike the more common high-society narratives, it’s the contrast between uppercrust and working class, north and south, east and west that gives life to these stories.

“Some of these books were written by hardened Montreal newspaper men, especially Al Palmer, who really knew the underworld. As crazy and as silly as his book (Sugar-Puss on Dorchester Street) is — and he kind of wrote it tongue-in-cheek — you do have a sense that he’d been to these places and some of the characters are based on real people. [The books] are really invaluable that way.”

“Sin took over when the sun went down”

Equally fascinating are the glimpses of Montreal nightlife as it was half a century ago. While many of us know from our elders and abundant NFB documentaries that central downtown was the hotspot for restaurants, nightclubs and bars in the 1960s and 70s, these books reveal that there was once life on what are now some of the most sterile streets in town, like Dorchester (now known as René-Lévesque) and Décarie.

“There’s a scene where the private dick is racing up to some roadhouse on Décarie,” says Busby, “and Décarie is portrayed as Canada’s Sunset Strip, with all these great eateries and taverns. I can kind of remember remnants of that, but to me Décarie has always been a trench.” 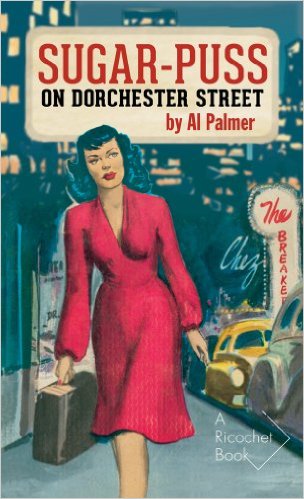 The uniqueness of the city’s geography is a unifying trait across these novels, providing more than a mere urban backdrop, though that’s not the case in other Ricochet reissues that are set in Toronto or Hamilton.

“Montreal is the city for these books,” Busby explains. “You have titles like Murder Over Dorval, The Body on Mount Royal, The Mayor of Cote St. Paul, and yet the Toronto titles never reference street names or even locales. You wouldn’t know they were set in Toronto at all until you read the back covers. That says something about Montreal as an open city at the time.”

Toronto, however, was the place where these books were originally published, by presses like Harlequin (before it became a romance line), Collins White Circle (which would later evolve into Harper Collins) and Newsstand Library, which, according to Busby, “seems to have been run by organized crime. They literally went up in flames after a couple of years — for the insurance money, I’m sure, knowing what little I know of them — which is really sad because they were a great outlet that did a lot of books.”

Busby began collecting these titles in the 1980s, finding some in used bookshop bargain bins for $3, and later paying substantially more for them online. The original editions of these books didn’t sit on bookshelves, neither in readers’ homes nor in stores — pulp fiction was regarded as disposable, which obviously made the books that much more difficult to find.

“When they came out, they were put on spinner racks at newsstands or drugstores. The (original) copyright pages say something like ‘August 1949’ — they mentioned the month because if you owned a newsstand and September rolled around, it was time to chuck these out and get new stuff.”

Have you seen this man?

Reissuing these books has the added bonus of renewing interest in the authors. Douglas Sanderson originally published his pulp novels under pen names, reserving his real name for his more serious work — Ricochet’s reissues of Hot Freeze and Blondes Are My Trouble restore his name to these titles. 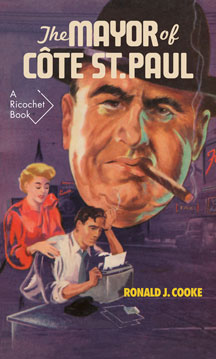 “Sanderson wrote a novel called Dark Passions Subdue, which deals with homosexuality in Montreal in the ’50s, and it’s fascinating in that regard but it didn’t do well. So a friend of his dared him to write something more popular, like (books by U.S. crime novelist) Mickey Spillane, and he turned to writing mysteries and thrillers,” Busby says.

“Hugh Garner (author of the series’ Waste No Tears) went on to win the Governor General’s Award and he was anthologized a lot — he’s kind of fallen out of favour a bit but during his lifetime he did quite well.”

Busby knows far less about the author behind the most Ricochet books (four titles): David Montrose.

“His real name was Charles Ross Graham, we’ve been able to establish that, and we know when he was born and when he died, but people we know who were around at the time, like (journalist, novelist and film writer/producer) William Weintraub, know nothing about this man.

“When I’ve written about an obscure person, through doing this series and my blog, often I’ll get an email saying, ‘You’re talking about my grandfather.’ But in this case, complete silence — just a total mystery, which, to me, somehow makes his work all the more attractive.” ■

The 12th book in Vehicule’s Ricochet series, The Pyx by John Buell, will be out in the spring of 2017. See the Véhicule Press website for more information about the series.