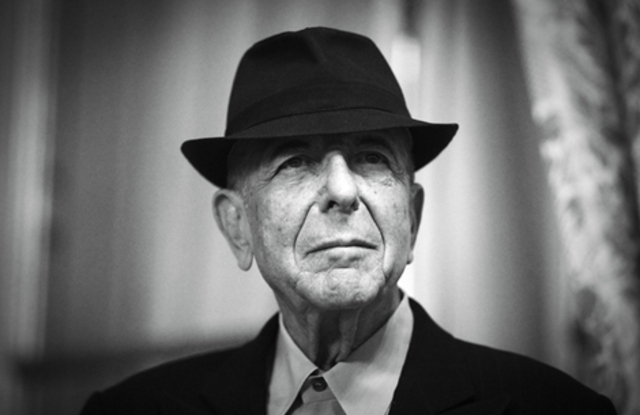 Leonard Cohen’s work has earned him the nickname, “poet laureate of pessimism.” But, like many who dabble in the art of words, Cohen is misunderstood.

“I am so often accused of gloominess and melancholy,” he told The Daily Telegraph in 1993. “I don’t consider myself a pessimist at all. I think of a pessimist as someone who is waiting for it to rain. And I feel completely soaked to the skin.”

Cohen immerses himself in his own reality and reports on what he discovers.

His vast body of work explores the shadowy corners of the human soul, taking the form of expertly crafted music, poetry and fiction. He has spent a lifetime grappling with the darkness of human emotion. No wonder the prospect of death seems to loom over Cohen.

In what may serve as his final reflection on life, love and faith, Cohen’s 14th studio album, You Want It Darker confronts the end of life in frank and poignant terms.

He chooses his words carefully and deliberately, and delivers them with precision.

Such has always been the way of Leonard Cohen. In response to learning that his friend Bob Dylan had taken a mere 15 minutes to write I and I, Cohen famously admitted that his most well-known song, “Hallelujah” took him five years to put together. 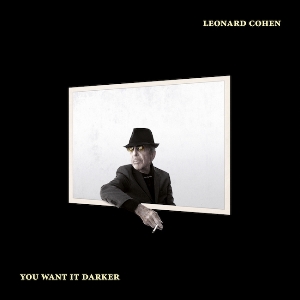 You Want it Darker took an entire decade to write and record.

On the album’s title track, an intense choral arrangement hangs in the upper register, while Cohen laments, “I’m ready, my Lord.”

That arrangement pays homage to Cohen’s Jewish roots in Montreal and features the sound of Montreal’s Shaar Hashomayim Synagogue Choir, which is led by Cantor Gideon Zelermyer, an old pen-pal of Cohen’s.

Having grown up in the affluent Westmount neighbourhood, Leonard Cohen’s early life was comfortable and insulated.

“I had a very Messianic childhood,” Cohen told Richard Goldstein in 1967. “I was told I was a descendant of Aaron the (Old Testament) high priest. ” His ancestors helped to build Montreal’s vibrant Jewish community. His parents were good and decent people, he has often said.

“Leonard has always been very enamoured with Montreal,” says Lakes of Canada singer Jake Smith in an interview with Cult MTL. Smith, along with bandmate Conor O’Neil, wrote and arranged the chorus for the record. “There is a deep-rooted connection [to Montreal] that once it grabs you, and even when you leave for years at a time, which he did, you still have the connection.”

A year before the record’s release, Cohen wrote to Zelermyer saying, “‘I’ve been wanting this choir sound of my youth on my next record, ’” Smith recounted. They received the raw cuts of what would become You Want It Darker and immediately felt the magnitude of what they had become a part of.

“It was more than just another project,” says Smith. “It’s not every day that you get to work on a project with one of the greatest songwriters that ever lived. That’s a huge deal.”

The feeling of awe has been expressed by a number of Cohen’s peers over the course of his illustrious half-century-long career. Cohen’s friend and fan (the late) Lou Reed placed him “amongst the highest and most influential echelon of songwriters.”

That sentiment was also shared by his critics.

“[He is] one of the most fascinating and enigmatic … singer/songwriters of the late ’60s,” wrote award winning music critic Bruce Eder, in 2014. “He commands the attention of critics and younger musicians more firmly than any other musical figure from the 1960s who is still working at the outset of the 21st century.”

How could the youth of the 21st century not be enthralled by Leonard Cohen? The world continues to change, but the torment and uncertainty that Cohen so eloquently describes is a pervasive emotion that is felt across generations.

“It’s like a bear stumbling into a beehive or a honey cache: I’m stumbling right into it and getting stuck, and it’s delicious and it’s horrible and I’m in it and it’s not very graceful and it’s very awkward and it’s very painful and yet there’s something inevitable about it,” Cohen said of life and of writing.

He saw the world, and he felt the weight of it.

And now, he sits in his humble home in Los Angeles, California, nearly 3,000 miles away from the streets he roamed as a child, an old man waiting for death. ■