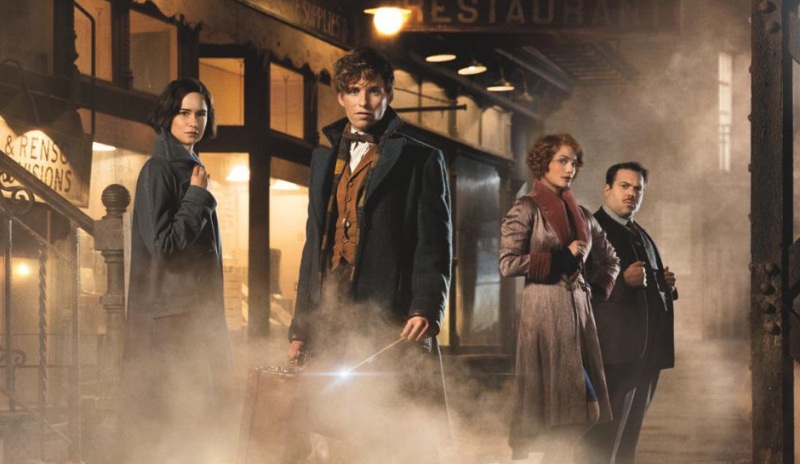 The cutesy-but-inconsequential CGI creation has been a staple of blockbusters for decades. While you could argue that the Ewoks were the first truly mainstream use of such a trope (and, of course, they weren’t CGI), they really came into their own in the ’90s. Even unmitigated turds like the Lost in Space remake had their little cutting-edge critter to run around in it. As technology has progressed, these have become more commonplace to the point where it may seem like more than a silly trope. Sure, Simon Pegg hangs out with that little guy in the Star Trek movies, but in a world where movies are increasingly comprised of characters made entirely out of CGI, they’ve fallen slightly out of favour — that, or they’ve become so normalized that I can’t spot them.

I’m bringing this up because Fantastic Beasts and Where to Find Them, although most importantly posited as a Harry Potter prequel, is also a film that promises a bevy of cutesy-but-inconsequential CGI critters to warm the cockles of our hearts. It’s right there in the title! Alas, these fantastic beasts turn out to be one of the most lacklustre aspects of this otherwise rousing return of the Potter franchise.

Granted, Fantastic Beasts has very little to do with the Potter we know. It’s based on a book that was presented as a bit of Potter merchandise more than anything, a literal guide to the various magical creatures featured in J.K. Rowling’s universe. Rowling penned the screenplay for the film, which essentially chronicles the adventures of the guide’s author, a “magizoologist” who finds himself in New York in the late 1920s. Suffice to say that if you expected to see Daniel Radcliffe zooming around on a broom, you’re shit out of luck — but something tells me that, with the incredible popularity of the franchise, there aren’t that many people still in the dark about that.

Newt Scamander (Eddie Redmayne) is a scientist specializing in the study of magical animals. He arrives in New York with a magical suitcase full of rare specimens with the specific intention of releasing one of them back into the wilds of Arizona. What Scamander has failed to account for is the fact that wizard culture is a little different in the good ol’ U S of A. It’s illegal to own any beasts, for one, and something has been destroying buildings left and right to the concern of the president of the American magical council (Carmen Ejogo) and her director of Homeland Security (Colin Farrell). Scamander finds himself accidentally trading suitcases with a hapless wannabe baker (Dan Fogler) and eventually investigated during the ensuing kerfuffle by Tina Goldstein (Katherine Waterston), a disgraced former Auror turned pencil-pusher who seeks to find a way to earn her old job back. 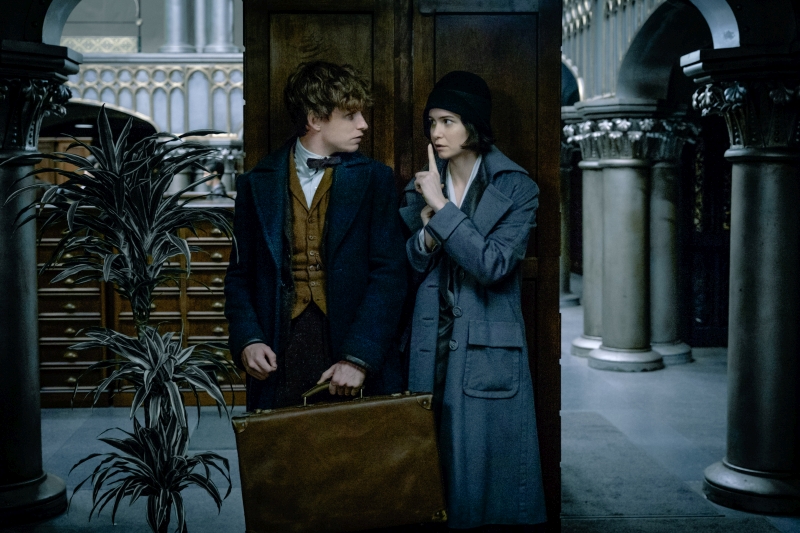 Although I’ve seen all of the Harry Potter films and read most of the books (the last one came out at the very last possible moment where I would feel comfortable reading young adult novels unironically), I can’t say that I carry most of the Potter lore in my heart. If the above summary confuses you, don’t worry — Fantastic Beasts is both rather good at keeping you in the loop AND at cavalierly ignoring your buried desire to have your hand held through all of this. One of the worst aspects of modern blockbusters is this inherent distrust in the viewer that results in perpetual, repetitive world-building. Fantastic Beasts, perhaps bolstered by this notion that everyone knows at least a little bit about Harry Potter, does away with that entirely. It assumes that you know what a Muggle is, then sends you on your merry way.

It’s sort of crazy how much fun a movie can be when they don’t leave it all open for expository spew. Not that much of Fantastic Beasts is that original; it’s a pretty classic structure that boils down to a “who is the mysterious bad magic person posing as a good magic person” type of plot, but it comes with the very luxurious notion that its world-building has already been done, leaving lots of space for telling an actual story. It’s not amazing at subplots, granted — a running thread about an abusive anti-wizard mother (Samantha Morton) and her adoptive son (Ezra Miller) sort of plods along anonymously, impatiently waiting for the moment where it can finally have relevance in the main plot, as does a dubious political subplot involving a Trump-ish/Hearst-ish newspaper magnate (Jon Voight) and his slimy politico sons.

Fantastic Beasts has definitely gone through some growing pains in its journey from tertiary Potter product to major blockbuster, and the weirdest one may be how un-fantastic the fantastic beasts actually turn out to be. They’re treated with that bated-breath, magic-hour reverence that blockbusters save for the CGI that cost the most overtime — and yet, something like 90 per cent of the so-called fantastic beasts are just slight variations on real-life animals. There’s a kleptomaniac platypus/armadillo type critter, an ape whose chief fantastic feature seems to be how E.T.-esque its skull is, a cute little branch thing that’s a straight rip of Baby Groot and a giant eagle who is fantastic because he is giant. Suffice to say, don’t come to a movie called Fantastic Beasts and Where to Find Them to witness fantastic beasts — though, I guess, you’re as likely to find them here as anywhere else.

That aside, Fantastic Beasts is a fairly pleasant surprise: a quadrant-pleasing giant blockbuster that’s fun and breezy and almost original in its approach to the material. (I say almost because the film’s final scene is basically a Spider-Man action sequence where the background is New York in the ’20s and the villain is a magical blob of CGI rather than a superpowered one.) The world of mainstream franchises is not a particularly surprising one, so even the fact that a pretty by-the-numbers one is decent is a good enough surprise. ■

Fantastic Beasts and Where to Find Them opens in theatres on Friday, Nov. 18. Watch the trailer here: