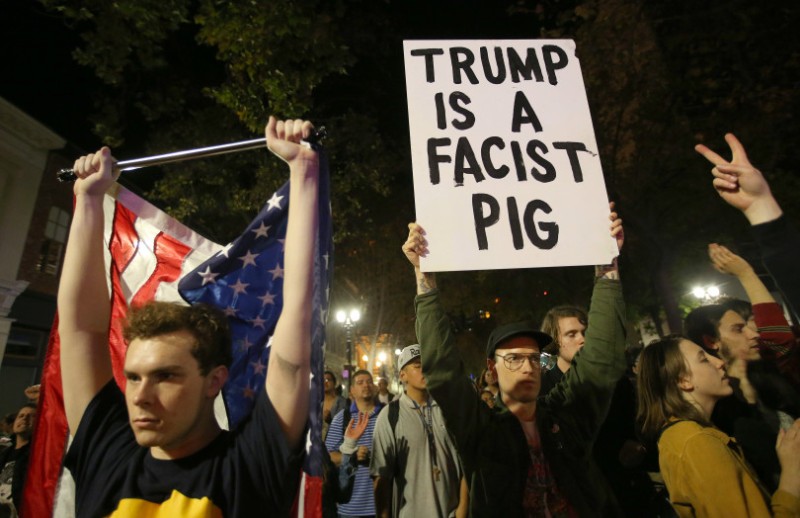 The sooner American liberals accept the reality of a Donald Trump presidency, the better off we’ll all be.

Trust me, as an American liberal myself, I understand the shock and anger being felt around the world right now. I’m scared, too.

I’m scared for the futures of the 20 million people who got health insurance under Obamacare and may lose their coverage in just a few months.

I’m scared for the futures of Syrian refugees desperately in need of our hospitality who may now be turned away from the U.S.

I’m scared for women in America, to whom this result sends a clear message. Being an open misogynist and self-proclaimed serial sex offender is acceptable for far too many Americans.

I’m scared for immigrants who have come to America to pursue a better life, legally or illegally, to whom this result also sends a clear message: being a racist and a xenophobe doesn’t disqualify you among the American electorate.

But complaining won’t assuage any of our fears. No amount of boycotts or protests will prevent Trump from being inaugurated. No amount of Facebook posts stating “Trump is not my president” will undo the millions of votes cast him.

Donald Trump is going to be the next president of the United States.

Those who refuse to accept this are no better than Congressional Republicans, who for the last eight years refused to compromise with President Obama or even accept the legitimacy of his presidency. They’re no better than Trump himself, who only a few weeks ago said that he would only accept the result of the election if he won.

Are we going to stoop to their level?

Stereotyping all who voted for Trump as racist and sexist (even if you think they all are) will only lead to deeper division in the United States. Part of what has always made America great — and still does, even in a week like this one — is the fact that the constitution protects the opinions and the votes of all Americans. Votes cast out of hate, ignorance or fear count the same as all others.

In her concession speech on Wednesday, Hillary Clinton said “Donald Trump is going to be our president. We owe him an open mind and the chance to lead.”

On Thursday, when President Obama welcomed Trump to the White House, he told his successor, “If you succeed, then the country succeeds.”

Not accepting Trump’s presidency because of what Trump has said and done in the past would be reactionary and dangerous.

Now, I’m not saying that he should be forgiven for those things he has said and done. I won’t forgive him. The millions of Americans who are unhappy with the election result should exercise their right to express that unhappiness, but if they can find a way to express it in a way that won’t further divide the country, we’ll all be better off for it.

Throwing a nation-wide tantrum won’t change how people voted. The people have spoken, and if the Democratic Party and the liberal movement don’t like what the people had to say, they should try engaging with voters on the other side of the aisle instead of further marginalizing them. Turn them to your side using logic and empathy!

The election of Trump as President has further exposed some real problems in the United States, but refusing to accept the legitimacy of the country’s decision isn’t going to help make those problems go away.

The Democratic party and the left as a whole is at a crossroads following this shocking result. I fear some on the left are making the same decisions that their GOP colleagues did following Obama’s election in 2008, when extreme conservatives hijacked the Republican party with their own agenda and methods, creating the “Tea Party.” They pressured the rest of the party into refusing to cooperate with the White House, which made real progress close to impossible and brought distrust in government to new highs.

I hope the left takes Michelle Obama’s advice in these next four years: “When they go low, we go high.” ■