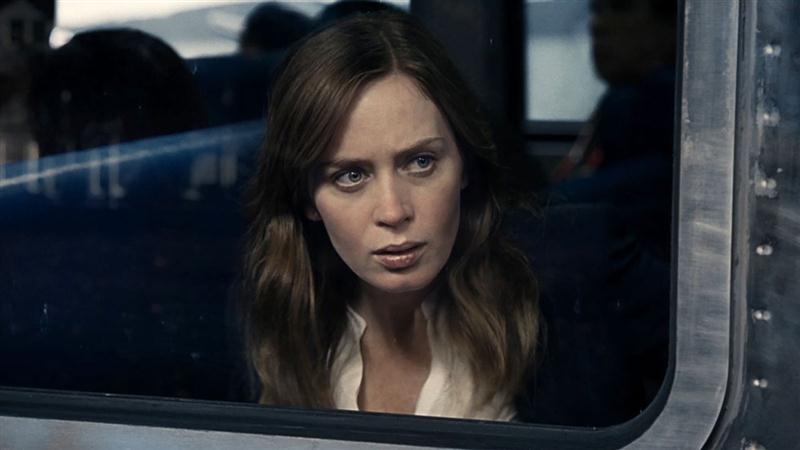 Emily Blunt in The Girl on the Train

I am not a person who consumes mainstream “airport” thrillers — generically jacketed suspense novels designed to be consumed on planes, public transport and beaches. However I understand that the public who does gobble up these semi-niche genre books up have a certain understanding of what they want from the genre. There are certain tropes and formulas that are accepted as part of the appeal, and their presence in such amiable time wasters are not necessarily a sign of mediocrity. The flipside to that is these books have inspired countless Lifetime TV movies in the interim, formulaic time fillers that have in turn developed their own codes, tropes and language. I wish that someone had informed Tate Taylor of all this before he took on The Girl on the Train, Paula Hawkins’ best-selling thriller from last year. Taylor’s directed a film that feels like it exists in a vortex where Lifetime movies don’t exist at all.

Rachel (Emily Blunt) has seen her life reduced to a shambles since her divorce from Tom (Justin Theroux). Already a fairly heavy drinker, she finds herself jobless and living with a friend (Laura Prepon), riding the train into the city every day to spy on the life she’s left behind. She becomes obsessed with a neighbour of Tom’s, Megan (Haley Atwell), who seems to lead the perfect life with her husband (Luke Evans). Megan works as a nanny for Tom and his new wife (Rebecca Ferguson), a fact that hasn’t passed Rachel by as she continues to struggle with the demons of the past. Her carefully calibrated stalking plans go awry when she spies unusual activity on Megan’s part one morning — just before she goes missing.

Taylor and screenwriter Erin Cressida Wilson make a fine mess of what seems to me like a fairly straightforward thriller by playing flashbacks in reverse chronological order. Title cards give us an idea that we’re about to see a flashback, but a subsequent title card never arrives to situate us once the flashback is over, making it nearly impossible to situate ourselves chronologically for at least the first act. (There’s also the fact that a lot of Rachel’s memories are clouded by alcohol, so they conveniently fade in and out as required to further the plot.)

These wholly unnecessary stunts do add some smoke and mirrors to the proceedings, planting the idea of mystery where there really isn’t much. It’s not really a whodunit, and most audience members will be able to figure exactly who dun what by the midway point. It’s a simple (though not necessarily uninteresting) thriller plot dressed up in its Sunday best to detract from the fact that it unfolds in a fairly uncinematic way. (One of the film’s key revelations is made via deus ex Kudrow, a variation on the classic deus ex machina trope wherein Lisa Kudrow appears out of nowhere to give our heroine some vital, course-changing info, only to sink back into the ether right after.)

The Girl on the Train inevitably draws comparisons to Gone Girl, last year’s surprisingly prestige-y film based on a highly popular mainstream thriller, but that’s just about where the comparisons stop. Fincher’s film is just as much satire as it is thriller, and there’s lots of subtext to support the text-text. Taylor, on the other hand, cribs freely from Fincher’s gritty style (more Se7en than The Social Network, in truth) without really putting any spin on the material. He’s more interested in extreme close-ups of his de-glammed star, taking any opportunity necessary to explore Rachel’s ruddy cheeks and greasy forehead.

Even with this unwieldy backwards structure and Tate’s weird preoccupation with sharp-focusing on the back of Blunt’s ear, The Girl on the Train could’ve been saved. It could have used its hokey genre trappings to comment on cycles of abuse (which are, I think, the core theme of the film — or would be if there was more character development) or to even comment on the genre itself, but Taylor treats the text as if it were sacred. He approaches the film functionally rather than textually, forsaking perspective almost entirely (there are technically three protagonists in the story, as all three women are introduced via title cards delineating their respective stories) and delivering an overbaked, overheated movie that seems to firmly believe that it’s currently blowing our minds.

Not every thriller needs to be a subversive genre-bending comment on itself, but a thriller as flabby and unmotivated as The Girl on the Train could definitely use it. It’s barely even good for the unintentional giggles one might expect — it’s just a flat, lifeless, misguided bore. ■

The Girl on the Train opens in theatres on Friday, Oct. 7. Watch the trailer here: