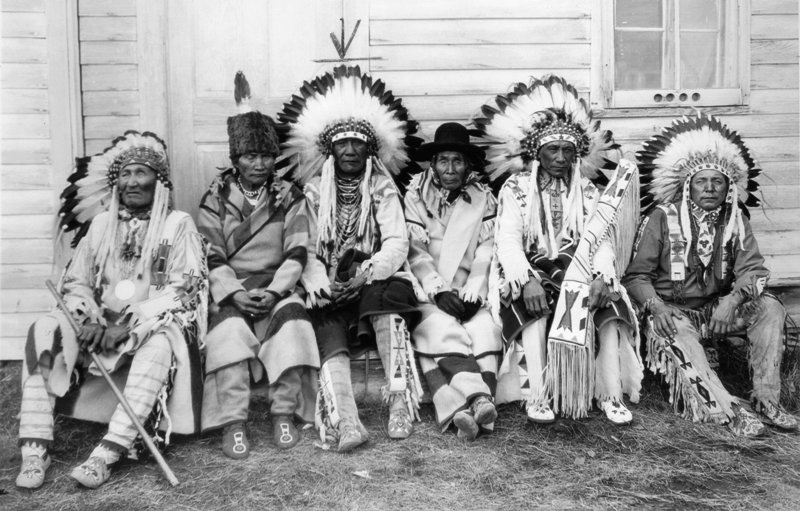 The spectre of Halloween creeps over the horizon, and once again, the wails of little ghosties and goblins threaten to be drowned out by the caterwauling of those who would protect us from the horror of feather headdresses and other Native-inspired costumes.

There is no doubt that the people who object to this junk are inspired by the worthiest intentions. Frankly, after 500-plus years of broken treaties and colonial oppression, any expression of concern for Native peoples is to be welcomed as a refreshing change.

Having said that, however, one can’t help but feel that the focus on this particular issue is a little misguided.

I don’t presume to speak for all Indians but I am a card-carrying Mohawk. I grew up attending powwows and other Native events with my family, and during the 1990 Oka crisis, I helped my grandmother — a residential school survivor — smuggle guns, food and other supplies into the Kanesatake reserve. My Native heritage is an important part of my identity, and I consider the endless list of injustices that the descendants of European settlers have inflicted on Aboriginal peoples to be an indelible shitstain on the Canadian and American national myths.

So why, you might ask, am I not on board with the movement to condemn/ban inappropriate uses of Native costumes?

For starters, it should be noted that the eagle feather headdress usually targeted by these protests is historically associated with the Sioux and other Plains Indian bands, and was only widely “appropriated,” sometimes sarcastically, by other nations during the Red Power movement of the late 1960s and ’70s. And while it may have once served as an important symbol around which the members of various Aboriginal nations were able to construct a united “Pan-Indian” identity in order to express their grievances with white society, it is also rooted in a vision of Native peoples that is frozen in the past and is ultimately harmful to their interests.

When you see an Indian in a feather headdress, do you assume that he’s a scientist? A doctor or an airline pilot? Too often, respect for the sacred artifacts of Native culture is inextricably tied to the notion of Aboriginal people as a noble but tragic race, unable to adapt to the modern world and therefore destined to vanish from the Earth. This worn-out trope has been continuously revived and reinforced since the days of Thomas Jefferson, and even today is used to justify everything from running oil pipelines through ecologically fragile salmon runs to the repulsive suicide rates in Native communities.

Anyone who expresses solidarity with Native issues is on the right side of history. So, by all means, if you come across some idiot dressed as Tonto or Poke-a-Hot-Ass this Halloween, feel free to tell them how lame and uncreative you think their choices are. But if you’re really offended, it might be more useful to take a little bit of that righteous anger and, instead of picketing the local pre-school, drop an email to your MP or MNA to decry the lack of clean drinking water and access to education on Native reserves, or the shortage of alcohol and substance abuse treatment programs for Aboriginal populations. Let the Minister of Justice know that you support the National Inquiry into Missing and Murdered Indigenous Women and Girls, or just speak out on any of the vast number of challenges that Native people confront every day.

As for appropriating or otherwise harming Aboriginal culture, Native people are not relics of the past. We are strong, proud and entirely capable of flourishing in the modern world. Our cultures are living, breathing entities that have survived more than five centuries of racist, genocidal bullshit. It’s going to take a lot more than some idiot with a couple of feathers in his hair and lipstick war-paint on his face to bring us down. ■