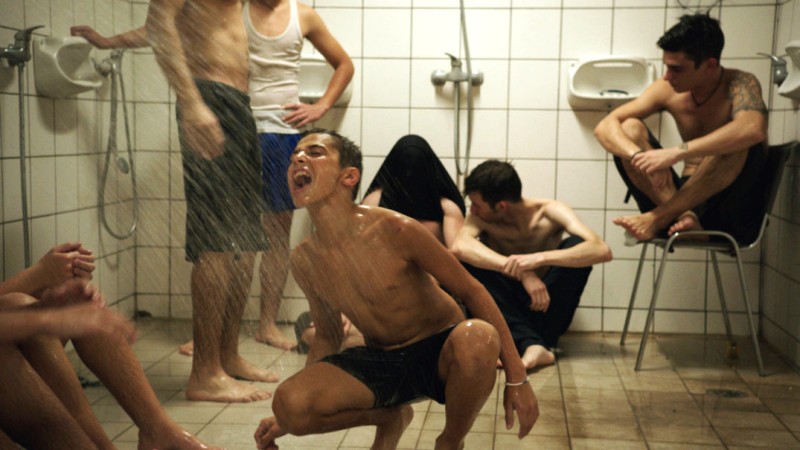 The setting of Sophia Exarchou’s Park is irresistible: It follows a bunch of kids who have turned the decrepit remains of the 2004 Olympics into their daily hangout spot. Though only about a decade old, the facilities are extremely run-down and ignored, a grotesque reminder of how fast things can go south when you’re economically depressed. It’s a post-apocalyptic film where the apocalypse was purely from an economic standpoint — where the people are very much alive, where there are no mutated meances roaming the countryside, but where prospects seem equally bleak.

Alas, Park mostly takes the form of an aimless-youth drama in the Larry Clark mode: raw and unflinching but also sort of clumsy and dull, filled with scene upon scene of shirtless young men destroying things and yelling at each other. Exarchou has an eye for ennui, often reducing her protagonists to snarling beasts fighting over scraps of boredom, but the narrative gets plodding and obvious. It’s one of those movies where nothing happens until something does happen, and that something always ends up being less interesting than the nothing it interrupted.

The Death of J.P. Cuenca 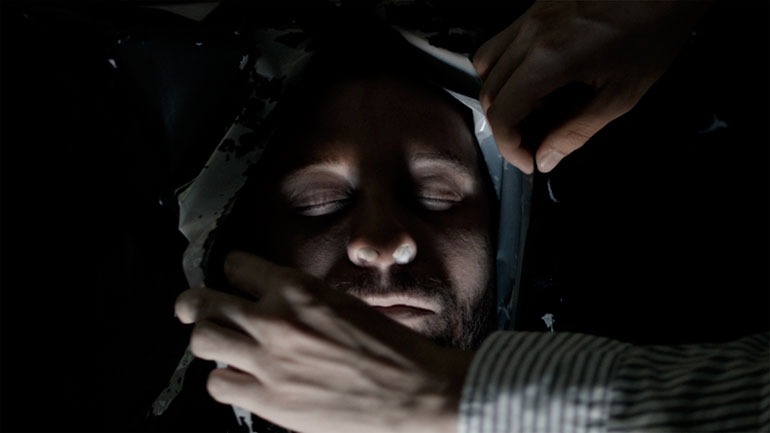 Brazilian novelist J.P. Cuenca got a real weird surprise in 2008 when he learned that he’d been declared dead — or rather, that a body found in a squat in Rio de Janeiro had been officially identified using his birth certificate. That’s the launching pad for Cuenca’s debut film, an intriguing though ultimately rather slight effort that mixes and matches documentary and fiction until you can’t tell which is which. Cuenca stars as himself as he (rather understatedly) investigates how this could possibly have happened, and who exactly this dead man might be.

The Death of J.P. Cuenca beings intriguingly enough, mixing the author’s daily life with his interactions with various people who may shed some light on this mysterious death. Cuenca uses explicitly documentary techniques (on-screen name cards, long zooms, hand-held camera footage) spliced in with more cinematic techniques, but the film grows increasingly elliptical as it progresses, less involved with solving the case and more with exploring Cuenca’s growing obsession with a mysterious woman who may or may not be involved. The Death of J.P. Cuenca fizzles out rather dramatically in its last act, squandering most of its potential of rudderless art-house trappings.

Alipato: The Very Brief Life of an Ember

I’d only seen one film by Khavn de la Cruz (usually shortened to just Khavn) before Alipato: the ramshackle and disturbing would-be mondo “doc” Mondomanila, which screened at Fantasia a few years ago. I can’t say that I particularly enjoyed the experience at the time — the film is essentially a series of grotesque sketches that sees deformed slum children fuck, shit, piss, kill, and destroy a Manila slum. It’s pretty puerile at times and generally exhausting, but I’ll be the first to admit that its images stayed with me.

Khavn’s latest more or less fits the same description. It’s the loosely plotted story of a gang of Manila street urchins from their childhood to each of their respective deaths (the whole second act of the film is told in stop-motion, to top it off) but this time it unfolds in more carefully measured tableaus that point more explicitly to a Jodorowsky influence than the manic, scrappy energy of Mondomanila.

The film is almost completely incoherent from a narrative standpoint, unfolding in a series of set pieces that almost always end with the death of one of the characters. Much like Mondomanila, the whole film is overcome with this feeling of “LOOK HOW FUCKED UP THIS IS! LOOK!”. Given, however, that this is at least the second time that Khavn’s used this type of approach, we can chalk it up to being an aesthetic choice rather than any kind of failing on his part. Whether you like it or not, Alipato is certainly unique — when a film’s only apt comparison is the work of the same filmmaker, it’s hard to deny that there’s something there. 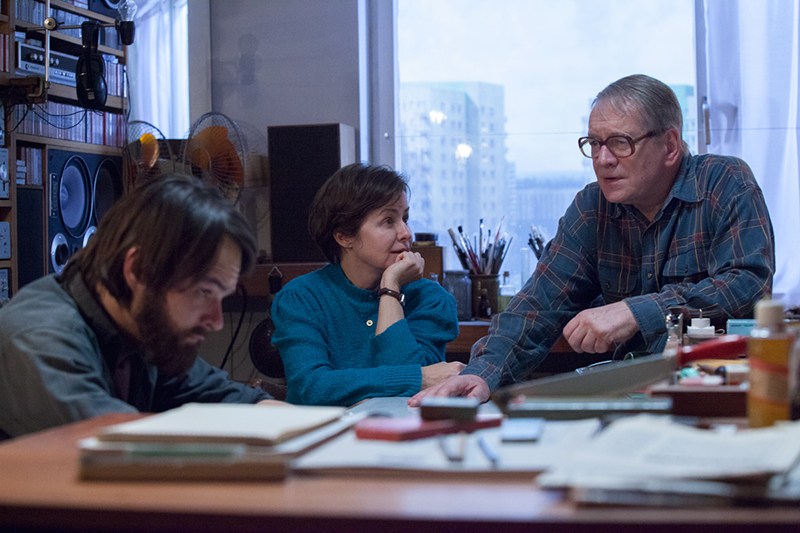 Jan P Matuszynski’s The Last Family is officially a biopic, telling the story of the last three decades of Polish painter Zdzislaw Beksinski, his wife Zosia and his adult son Tomek. Despite depicting the life of a painter, it almost never talks about art. It’s about a family living in the turbulent political landscape of Poland in the 1970s and ’80s, but it’s not too concerned with politics either. The Last Family is an almost uncomfortably voyeuristic look at family dysfunction, told in extremely precise and sometimes harrowing sequences lifted directly from Beksinski’s home movies — in the mid-’80s, he became an avid chronicler of his family’s sometimes turbulent relationships as home-video technology became more widely available.

Films about dysfunctional families are a dime-a-dozen, but they rarely reach the kind of uncomfortable truths seen in The Last Family. The film’s true-life roots mean that there are no easy answers to be found here, no pithy resolutions for Tomek’s suicidal anxiety and fits of mania. Bekinski is depicted as a genial but sometimes deeply unresourceful man who finds himself at a loss whenever the shit hits the fan. Although definitely funny at times, it’s not exactly an easy watch, but a very rewarding one.