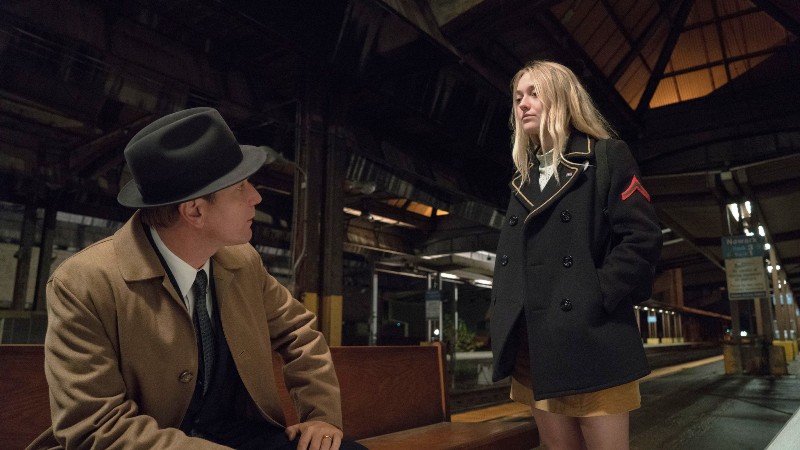 Philip Roth’s acclaimed novel American Pastoral has held that claim pretty much ever since its release in the mid-’90s — but unlike more abstract novels like Naked Lunch or Don Quixote, American Pastoral at least feels like it could be cinematic. The truth is that novels aren’t movies, and most novels are inherently unfilmable because they aren’t written to be films, but that doesn’t make the idea of adaptation impossible. In other words, it ain’t the meat, it’s the motion – something that’s greatly lacking in Ewan McGregor’s listless boondoggle of an adaptation.

McGregor (who also makes his directorial debut here) stars as Seymour “the Swede” Levov, a New Jersey businessman who moves from being a high school sporting hero to a prosperous captain of industry running a glove factory in Newark. The Swede is married to Dawn (Jennifer Connelly), a former beauty queen and gentile who spends her married life tending to the cows on their sprawling suburban property. They have one daughter, Merry; a precocious child, Merry is the apple of her father’s eye but grows into a moody and opinionated teenager (Dakota Fanning), a fervent anti-capitalist and anti-war activist who resents everything her family stands for. She eventually runs away, plunging her parents into darkness and confusion that is exacerbated when the local post office explodes, killing a man. Could Merry be responsible?

The most unfilmable aspect of American Pastoral as a novel is its structure, which sees a Roth doppelganger named Zuckerman telling the Swede’s story after running into his brother (Rupert Evans) at a high school reunion. That angle gives American Pastoral a particular texture that screenwriter John Romano has apparently opted to clumsily recreate by integrating the Roth doppelganger (played by David Strathairn) in the story — but barely. Strathairn narrates and makes a couple of appearances throughout, but the film is otherwise told from the Swede’s perspective, making this (barely) wraparound story confusing at best and ferociously useless at its worst. American Pastoral has a lot of problems, but the most fundamental one is one of perspective, or lack thereof.

It’s particularly galling that the film keeps the aforementioned wraparound story but then excises wide swaths of the story that would be particularly useful for character development. How do you explain the fact that Merry goes from being an eight-year-old traumatized by seeing Vietnamese monk Thích Quảng Đức setting himself on fire on the news to a politicized teen seething with anger within the span of a single cross-fade? (McGregor’s style as a director can mostly be summed up as competent but beset by a worrisome love of fade-to-blacks and crossfades.)

Even if you ignore the fact that the film was based on a book and that all adaptations must inevitably leave something behind, American Pastoral has a construction that feels almost completely arbitrary, dutifully tackling chronological points in its story without ever really establishing an emotional core for the characters. What has been included and what has been left behind seems relatively random, and the film’s refusal to stick to a perspective means characters are given the short shrift, especially Connelly’s — at one point she suffers a mental breakdown and dances around naked in the glove factory, but it had been so long since she had any import in the story that I didn’t even put two and two together and recognize her as the woman having a breakdown. It’s a curiously plastic film about incredibly emotional issues. There’s a lot of talking about feelings in American Pastoral, but not a whole lot of emotion; a lot of scenes of characters taking time to express themselves verbally without ever saying anything particularly important.

I hesitate to call American Pastoral a disaster, because that word betrays a certain amount of misguided passion and hubris that simply isn’t present here. It feels more like the rubble of an averted crisis than a true misfire; it’s not as if McGregor misunderstood the project entirely or took it somewhere it shouldn’t have gone. It isn’t an out-of-control embarrassment, even if there’s very little in here to recommend it. It feels more like, faced with a seemingly insurmountable problem (McGregor became the director after the original director, Phillip Noyce, bowed out — but the script was always presumably a sketchy mess), McGregor rolled up his sleeves and did his best. You can’t build a house starting with the roof, though, no matter how hard you try. ■