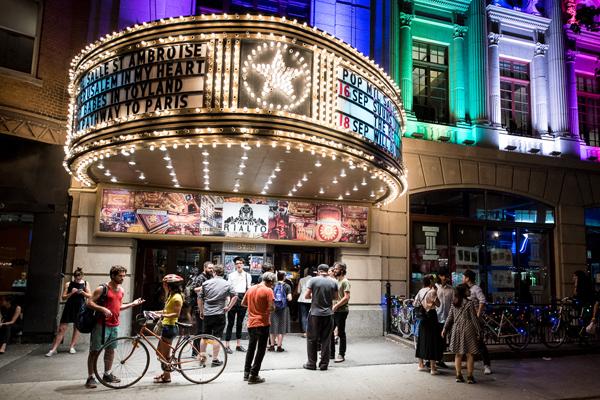 Check out the launch of Simon Mallette St-Pierre’s Polo, Book One, a comic book (for adults) about “a metropolitan Rabbit-Cat, as he faces his own mortality and social adaptation on a cynical road to recovery.” Taverne Cobra (6584 St-Laurent), 5–7 p.m., free

Villeray’s got a new bar as of today, le Record Bar à Vinyles (spinning music from the 1950s and ’60, for those who like it really old-school), and this evening’s grand opening is your first opportunity to get a glimpse, a listen and a drink. 7622 St-Hubert, 5 p.m.

The POP Montreal festival — of music (mostly), film, art, fashion and other things — launches its 2016 program three weeks before the start of its 15th edition, bringing five days of good times to venues all over town (Sept. 21–25). Organizers promise a banger of a party tonight at the Rialto, with DJ sets by Coeur de Pirate, Mixed Reviews (ie. members of Stars) and Andy Williams (of the Goods). There will be prizes and free drinks for the first 50 people in the door. 5719 Parc, 5–11 p.m., free