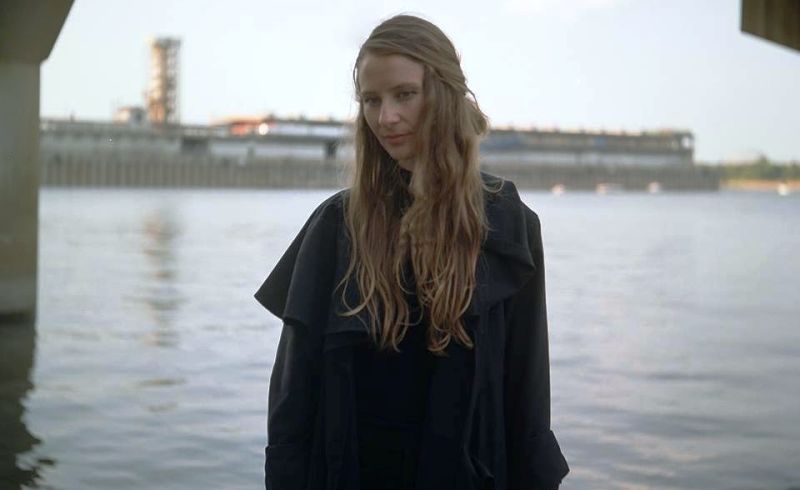 In a celebration of all things drone, the Red Bull Music Academy is hosting a show this week that’s dedicated specifically to the genre of elongated tones. The first edition of this event took place in New York in 2013, and the second installment of Drone Activity: In Progress will feature artists from all over Quebec gathering in the heart of Griffintown for an eight-hour smorgasboard of synth. Stacked with some of our city’s most compelling experimental artists, Drone Activity will include performances by Tim Hecker, thisquietarmy and a live debut by the nebulous Black Mecha project.

The sublime electronic melodies of Kara-Lis Coverdale will feature nicely among the thrilling acts on this bill. Making waves locally and across the pond with last year’s full-length release Aftertouches, Coverdale has been touring the avant-garde experimental circuit with recent appearances at the MUTEK and Unsound festivals. This talented Montrealer seems to lead a musical double-life, working as a church organist for the St. John’s Estonian Evangelical Lutheran Church and composing transcendent soundscapes in her spare time.

I recently had the occasion to ask Coverdale some questions.

Kyle Carney: How has your experience as a church organist shaped your electronic compositions?

Kara-Lis Coverdale: Ah, I’m sure it has affected me in more ways than I can articulate at this moment, but one thing lot of people don’t consider about work as an organist is that it’s based upon improvisation. An organist must have the capacity to write new music as well as re-set melodies and create arrangements on-the-fly, and this is something that has really made me grow in my work as a composer. Also an organist must have a really vast repertoire at their fingertips at all times, sort of like a DJ, although instead of turntables there is a keyboard, a bunch of pedals and knobs. Organ work has really deepened how I approach arrangement — in other words the sense of where a piece of music can go both in terms of harmony and pitch but also timbre. Also, playing the organ is about sound design — really listening to how subtle (or sudden!) morphologies in timbre can be used to entirely change a character or create a turn in the story in a piece. I often think of organs as a 1.0 of a synth or VST because there are so many options for sound design. Organ musics and electronic musics are similar in the sense that the sound layering potentials of the instrument are both quite orchestral and polyphonic in nature, making it possible to create uniquely lush, character-rich and frequentially complex arrangements.

KC: The French organist Olivier Messiaen took a lot of his inspiration from birdsongs — is there anything in nature that inspires your music?

KLC: Of course, nature is all. I often think of Messiaen’s ornithology works as exercises or studies of mimesis. In my music, I use mimesis in the more subtle or abstracted sense that many of my musical ideas are more interpretive representations of nature. It’s useful for instance when composing to think about how “decay” or “liquid metal” or “majestic mountains with a babbling brook” might be depicted in musical writing.  Perhaps all three could be defined by rising scalar passages, but the rhythmic cadences are distinct for each. Nature is physics, and music people are physicists; part of the job of a musician is to be true yet creative in our reports on our findings of the natural or physical world. But I also think it is important to say that “nature” is more than just animals and birds and various mascots of the Nature Channel— it’s about entire ecologies, and ecologies are omni and multi-part and systemic. Our soundtracks for the natural environment around us are in constant flux, mutating in sympathy with the common knowledge of an era. Changes in depiction are good and necessary. Digital sounds aren’t antithetical expressions of nature at all, rather they explain and illuminate nature in a new and interesting way.

KC: Is there anything about Montreal that inspires you?

KLC: The DIY community in Montreal is really strong and committed, and there is a true network of specialist enthusiasts who are very supportive of each other and offering real and sincere feedback. No matter how unorthodox or alien or un-parallel the music, there are sure to be sympathetic ears here, thanks to artist-run spaces and programming. There are a lot of very small shows of extremely high quality in the underground scene. I’ve had some near-religious experiences when there are only like four or five other people in the room witnessing a really true, sincere and inspiring expression together. This strong and potent sense of intimacy and community is important to make an artist grow confidently and truly in their work.

KC: What are your musical influences beyond the electronic genre?

KLC: Of course I love electronic music, but I come to it as an outsider. I’m omnivorous in my listening habits.

KC: Are you working on any new material right now?

KC: You were a producer on the newest How to Dress Well album. Was it a different experience working in the synth-pop genre?

KLC: Yes, definitely. The challenge in writing pop music is remaining adherent to form and structure yet finding ways to stretch those limits beyond themselves. In my own writing, freedom of narrative and episode is important, so the sort of production work I did with Tom requires a lot of restraint and imagination at once to write within the lines. Pop music is so potent and immediate because it is fundamental, so it’s always a welcome reminder of some of the unmoveable emotive laws of music.

KC: Seems like you’ve been touring quite a bit. What are your favorite venues right now?

KLC: Ah, my favourite venues on my last tour were both in churches. There was the Lutherse Kerk in Den Haag, Netherlands for Rewire, a beautiful strong and clean space even if the reverb was a bit steeped. Also a very special experience was St. John’s Church in Hackney [U.K] as part of the St. John’s Sessions series. Architecturally speaking it’s inspiring, but more there is a growing musical history steeping inside the space which whispers at you as soon as you set foot inside, so it’s magical to say the least. Also, there is a really beautiful church in Hamilton, ON called Christ’s Church that has an interesting after hours program as part of an open series called New Harbours. Highly recommended.

KC: As a music fan, are there any artists you’re excited to see during RBMA?