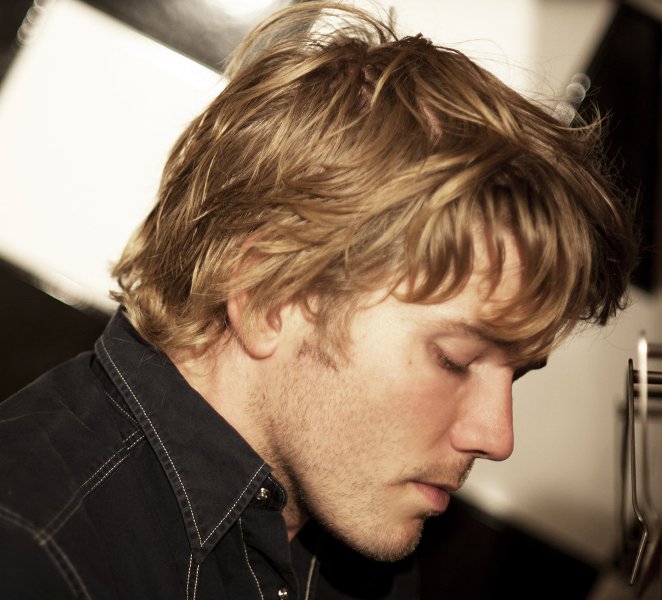 Judging by the sounds of his upcoming record The Rest Will Disappear, Joe Grass is a relatively straightforward songwriter with an ear for lush orchestration and emotional lyricism. On “Hovercraft,” layers of instrumental and vocal parts reveal themselves, slowly amassing a wall of sound.

In talking to Grass for this interview, I was blown away by the sheer amount of different musical styles he has engaged in. From intense soundscapes with Jason Sharp to jazz with Josh Zubot and Chet Doxas, Grass and his musical family, as he likes to say, have experienced a lot and forged strong relationships that hold true regardless of setting. This week, Grass and Sharp will be opening for Montreal heavyweights Godspeed You! Black Emperor before premiering his new record at Divan Orange on Sunday.

Check out our conversation about his musical past below:

Donovan Burtan: For the most part you act as an instrumentalist in a number of different local bands, including the Barr Brothers. Can you give us a rundown of how this upcoming album came to be?
Joe Grass: I’ve always been a songwriter, but most of what I do has been support.  That stuff is kind of more fun in a way. I was kind of doing that for my first five years in Montreal, then I got a call from a couple different people here to play guitar and work collaboratively with other singers, and I found that pretty rewarding and refreshing in a way. Being a songwriter myself, I was always able to find a way to balance things.  That’s your job in collaboration, to see the songwriter’s vision and give a counter-voice and a balance. I’ve kept doing this in writing my own songs, eventually you just have enough for a record.

DB: On the first single, “Hovercraft,” you’ve achieved almost a sort of orchestral sound, there’s a lot of instrumentation going on. Do you think your experience in the Montreal scene has shaped that?
JG: Well it’s the people more than the experience, this record is really four people: Josh Zubot (violin), Jason Sharp (bass saxophone) and Phil Melanson (drummer).  I’d never thought about doing these songs with them before, but I’d often played with them in improvised/out-music situations.  We used to play in this band called Canoe, which was more long-form experimental music. Then this record I was like, “Why don’t we try and play songs?” because I always kind of kept the folky/singy thing and the freaky/soundscape thing separate, but it was simple. We all knew how to communicate really well.

DB: I know Jason for his drone music, he’s quite brilliant at it. It’s interesting that you guys are able to put yourselves in totally different places musically, everything you do contributing to your musical relationships.
JG: Totally, we push each other, go different places together. Personally I find it very important to have different musical experiences. Improv to more arranged music. It’s like exercising a muscle. You have an innate place where you can kind of create without thinking, then you can also have a place where you’re thinking more critically. The way you can go back and forth between those two things, it’s like a muscle. The more you do that, the better you get and you don’t get exhausted doing it.  Collaborating and doing this with other people, all the different experiences you have going left and right, you become more elastic. Rather than just saying, “Okay this is the song, play rhythm guitar,” you keep it fresh, avoid becoming formulaic.

DB: Sometimes pushing yourself too hard in one direction, you just hit a wall. If you just take a break from one focus area and do something related, things open up.
JG: Yeah that’s the way it feels.

DB: I’ve seen the Barr Brothers play before, not sure if you were there, but I would say that even that music is pretty improvisation based. There’s a lot of give and take there.
JG: Yeah I don’t play with them all the time, did about 70 shows together in the last year, but we come from the same place in a way.  When I met them, we kind of spoke the same language. They go out and do shows all the time as a four piece, then I’ll be there for a while and it works because they’re able to adapt to different situations. Some nights you try and stir the pot a bit, really go for it. Touring can get repetitive, but those guys are wonderful improvisers. We even did a project with Chet Doxas a couple years ago and that was pretty jazz. We’re a family in musical experience.

DB: So this show on Sunday, you’re playing with this quartet* at a pretty small venue. Is that a preference?
*[Joe clarified that the band is going to be a bit different; rather than Phil Melanson on drums, he will be playing with Robbie Kuster and Andrew Barr, both on drums]
JG: Yeah, we’re comfortable in that room, we’ve played it a lot. I like the people there, they’ve got a good system there. We’ve probably played this set of tunes there a few times. It felt right. ■

Joe Grass launches The Rest Will Disappear with openers St. Lawrence Warehouse and Channel No One at Divan Orange (4234 St-Laurent) on Sunday, Sept. 25, 9 p.m., $8/$10