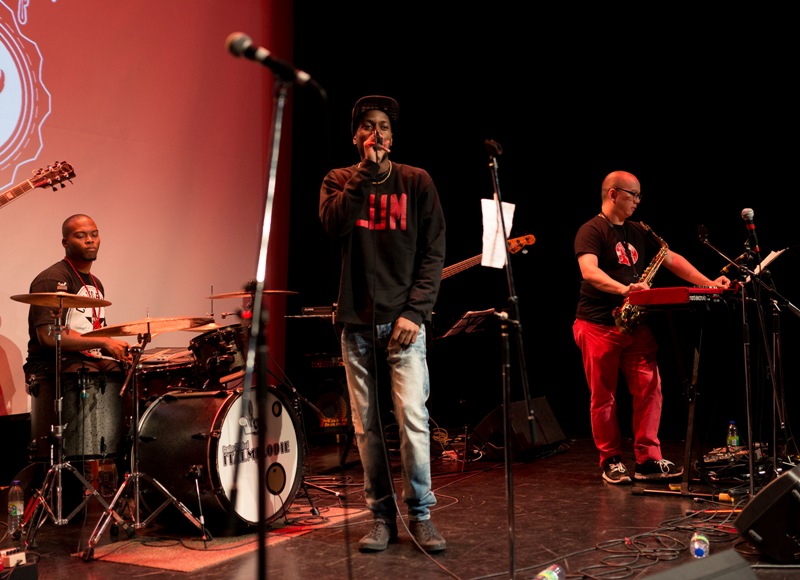 Hip Hop You Don’t Stop returns to the Côte-des-Neiges/NDG borough from now through Sunday for an 11th annual throwdown of beats, rhymes and community life. We spoke to HHYDS team vet and rap scene notable Marc Pagliarulo-Beauchemin for the big picture on a weekend filled with free outdoor music, graff, breaking events and great food in the heart of the ‘Deeg.

Darcy MacDonald: Please introduce yourself and describe your role in the local hip hop scene.

DM: How and when did Hip Hop You Don’t Stop begin and how did you become involved?

Égypto: Back in the day, in 2005, I was part of Atach Tatuq, a hip hop collective extravaganza that was well known for its particular approach of giving shows: our backdrops, costumes, direction.

One day I met Fred (from KOPS crew), the guy who got the original idea of this festival, at Villa-Maria metro. Asking him “Wassup?” he explained to me that he had received some money from Centre National de Prévention du Crime (CNPC) to put together a hip hop festival for the youth in Côte-des-Neiges–Notre-Dame-de-Grâce as a means to prevent crime through arts.

I had already been involved quite a lot in this culture as a producer and co-owner of an independent recording company and also being part of this well known rap group, so I found the project quite interesting, although I did not think too much about it at the moment Fred told me about it.

I was very busy finalizing an album that was due to come out soon but on the other hand my unemployment benefits were also coming to an end, so this golden opportunity presented itself at a very good moment. Once at home, I immediately looked for the contact info for Fred and I called him to ask if he was looking for someone to help put the project in place. He told me to send my C.V. and a week later, in early March 2005, I started working on this festival at Prevention CDN-NDG.

I have been in charge of coordinating it till the 10th edition last year. I’m now in charge of the communications. 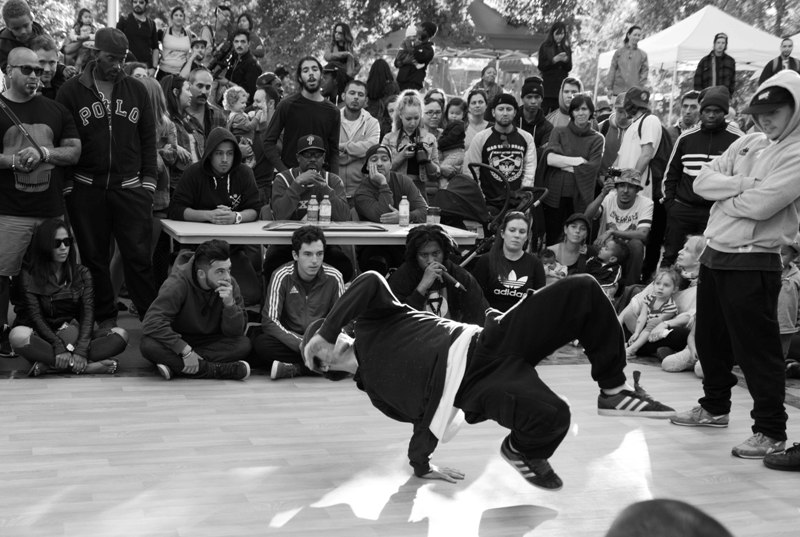 DM: What do you feel the event brings to the local hip hop scene that distinguishes it from other types of grassroots hip hop festivals?

Égypto: First — except Under Pressure, that started more as a graffiti convention and became a hip hop festival, which is for me the most professional urban arts festival in Montreal — Hip Hop You Don’t Stop, since its first edition, claims to represent all the different aspects of this urban subculture equally: graffiti, DJs, rap music and b-boying/b-girling.

To go even further in that direction, we decided to include other urban arts that are not directly a part of hip hop culture: reggae music, photography, documentary. Secondly — and I think this is the most unique aspect of our festival — our goal is to create a bridge between the cultural and the community environments. Working with animators of the different community organizations that are proposing activities related to urban arts through the whole year and inviting their youth to give shows while booking established local bands and even international artists, we are able to offer a festival that is a blend between a “fête de quartier” and a music festival.

DM: How the taco party, Elemntakiza, become part of the program?

Égypto: Elementakiza (“takiza” = tacos in Spanish) is the original idea of the guys from Elementality collective, a BBQ celebrating urban arts. In 2013, we decided to collaborate and to blend the Hip Hop You Don’t Stop formula with the one from Elementakiza: tacos, jerk chicken, graffiti battle on trucks, live music, dancing, a barber battle and art workshops under the sun taking place in one of the more beautiful parks of Montreal, Park NDG, corner of Girouard and Sherbrooke. That’s going down Sunday, Sept. 25.

DM: There are several aspects to the fest. Can you please explain the graf angle and what has changed this year? Who is painting?

Égypto: For the graffiti aspect, we are offering different services to the citizens of CDN-NDG, both sensitization workshops and professional murals. During Hip Hop You Don’t Stop, different activities related to graffiti are proposed: live painting on trucks and cellograffs, art workshops, and more.

This year, we are throwing a whole day of activities specifically linked with this art form with a graffiti jam presented by A’Shop, with the support of “Programme d’Art Mural 2016” of the City of Montreal and the CDN-NDG Borough. A dozen of local graffiti artists — Ankh One, Herezi, Fonki, Fleo, Astro, Five 8, Rouks, Miss Teri, Strike , Éric Dufour and Fiuser — will a live painting a surface of 4,000 square feet with the legendary artist Shadow from France. 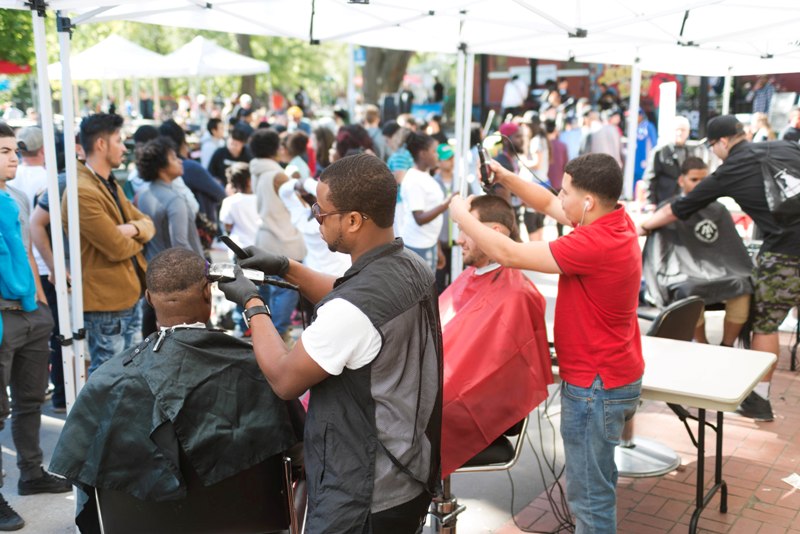 DM: Who are some of the performers you are most excited about?

DM: How do you feel the fest has grown year to year and what do you hope to see it become?

Égypto: I’m feeling so happy to see what Emilio Orellana-Côté, the new coordinator, made with his partners this year. Five days of programming is a pretty big accomplishment, trust me. After 11 years, I’m sure this festival is here to stay. The only thing I would like to see more is a big amount of people coming from outside of NDG-CDN to celebrate urban arts all together! ■