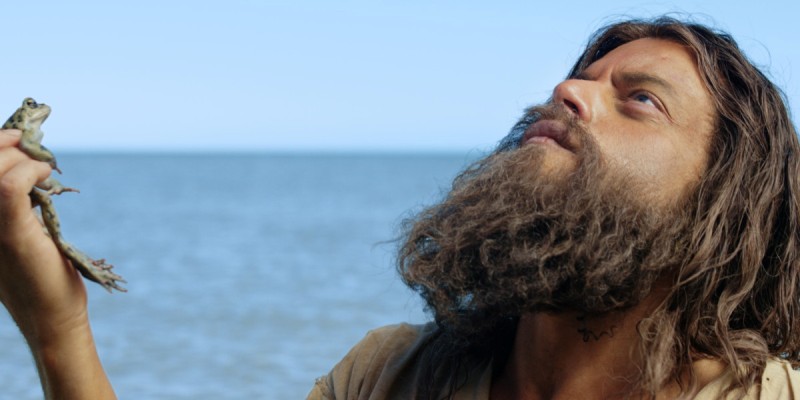 The only movie I’ve ever walked out of is Ghost Rider (the first one). In truth, I’ve always thought that my capacity to sit through the shittiest hunks of garbage without coming out scarred on the other end was one of my main qualities as a film writer. I find it fascinating, then, to see how many people routinely walk out of film screenings at this festival. It’s somewhat understandable in violent or disturbing films and, I guess, defensible if the movie is abject garbage, but people walk out of TIFF movies all the time. I guess some people spend their downtime between two movies they want to see checking out something they don’t know much about, but I don’t see much point in catching 20 minutes in the middle of something like Hello Destroyer before moving on with your life. (Someone pointed out to me that these people may be buyers, which makes sense, but does not make me want to re-write my intro.)

Public screenings tend to be louder and hold more appreciative audiences than P&I ones, so it was a little surprising to me to see the packed La La Land screening erupt in rapturous applause at least five times during the course of the film. Last year I mistook the over-enthusiastic response to Freeheld for sure-fire Oscar chances, but that was a glamorous public screening where people had paid $40+ to breathe the same air as Julianne Moore. If I were a betting man, I’d put my money on La La Land this year.

I guess a lot of ink will be spilled around the idea that Buster’s Mal Heart is Rami Malek’s first lead role since the success of Mr. Robot. It certainly seemed like a lot of people in line were there because they loved that show, but Buster’s Mal Heart is more than just a vehicle. Sarah Adina Smith’s second feature tells the story of Buster (Malek), a mountain man who roams the countryside, breaking into people’s cottages and living “off the land.” Buster used to be/is also Jonah, a hotel clerk with a wife (Kate Lyn Shield), a young daughter and a dream to live off the land. His desire is expedited by the visit of a strange Y2K conspiracist (DJ Qualls) at the hotel, who informs Jonah that the world may soon end.

Made of ellipses and structural experimentation, Buster’s Mal Heart is not the kind of film that necessarily seeks to have its code cracked. There isn’t necessarily much to gain from figuring out which of Buster’s delusions are real, or what the actual chronological outline of the film may be. It’s a character sketch of a mind come unstuck, where reality seems to repeat itself or unfold in triplicate. You’ve seen this kind of stuff before (the Donnie Darko influence, intentional or not, is unmistakable) but Smith keeps it compelling and snappy. As for Malek, well, chances are you’ll be seeing a lot more of him soon.

Buster’s Mal Heart does not have a Montreal release date. 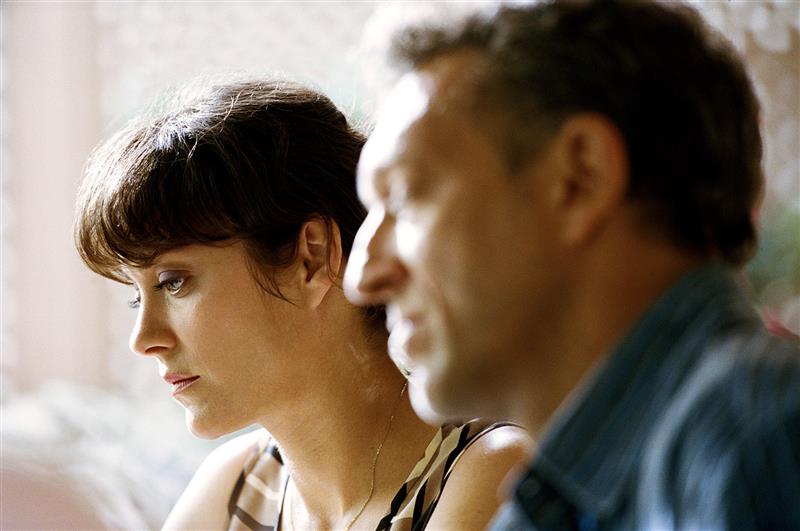 Yelling is a major part of Xavier Dolan’s aesthetic — it figures prominently in all his films, and I must admit that he is very good at depicting people yelling. In that sense, Juste la fin du monde marks a pronounced move towards Dolan purifying his cinematic vision by making a film that is almost all yelling. Tight close-ups of Gaspard Ulliel feature prominently as the family (Nathalie Baye, Léa Seydoux, Vincent Cassel, Marion Cotillard) he’s returned to visit after 12 years spent in silence yells at him and each other. Buried resentment, awkward niceties and the anxiety around the big secret the protagonist has come to reveal (he’s dying, maybe) bring out the worst in everyone, and they spend a day and a handful of meals yelling.

It’s certainly the most pared-down and focused Dolan’s ever been. Gone are the scenes of leaves floating in the wind (though he does indulge in a couple of music-driven sequences) and the stylistic experimentation of his previous films. Juste la fin du monde is a claustrophobic chamber piece, but the problem is that it’s one that operates at a single frequency. There’s so much yelling in circles that it sometimes feels like a pitch-perfect parody of the shoutiest moments in Dolan’s career. As compelling as the actors can be and as good as the movie looks (it was even projected in 35mm at the fest), it’s so strident and so relentless that it barely feels like it escalates at all. 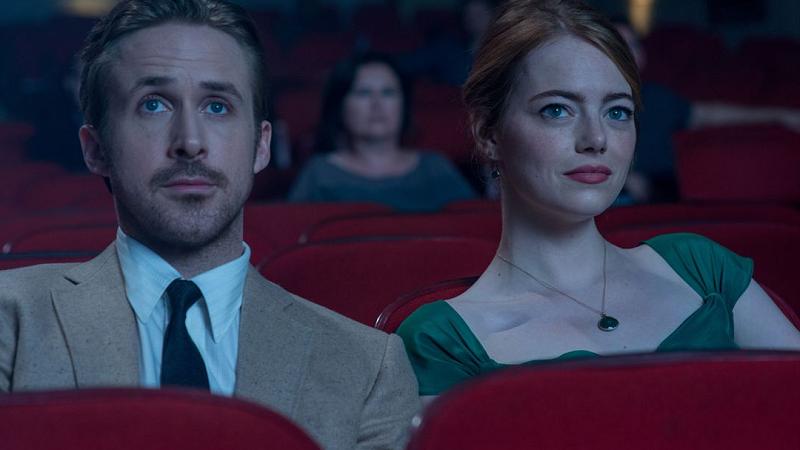 Damien Chazelle may quietly be revolutionizing the musical by doing absolutely nothing to it. Recent trends in musicals have tended either towards the jukebox musicals (where the principals burst out into established hits) or funny, meta-reflexive ones where the characters are either aware they’re singing or aware that the fact they’re singing is weird. Musicals never died, but the idea of them as a good-natured spectacle is being revived in Chazelle’s paen to Los Angeles, art and entertainment.

Emma Stone stars as Mia, an aspiring actress working as a barista on the Warner lot who meets cute with frustrated jazz pianist Seb (Ryan Gosling), a purist who dreams of opening his own club but instead toils away playing Christmas standards in a restaurant. But love blossoms despite their differences, and despite the fact that following their dreams means they might actually achieve them.

Chazelle proves to have that same dazzling eye for rhythm as he did in Whiplash, even if no blood goes flying onto a cymbal here. The production numbers are visual and technical feasts (especially the opening sequence, a bravura musical number amidst a traffic jam that unfolds in a single shot) propelled by a charmingly old-school score and charismatic performances by Gosling and particularly Stone. I always get a little metatextually weirded out when super-famous performers like Stone and Gosling play characters that are struggling to become the thing they already are in real life, but Stone hits career highs of charm here. (Baby Goose, well, he’s Baby Goose.)

What’s most wonderful about La La Land, however, is how old-school it is: Stone and Gosling tapdance, croon at pianos under a spotlight, dance atop cars and pull off some Astaire and Rogers ballroom moves all over the film. Its follow-your-dreams plot feels a little canned, but it’s secondary to the spectacle, to the chemistry between the leads, to the colours and costumes and all of the other Old Hollywood shit that everyone seemed to pretend we didn’t miss.

La La Land is slated for release in December. 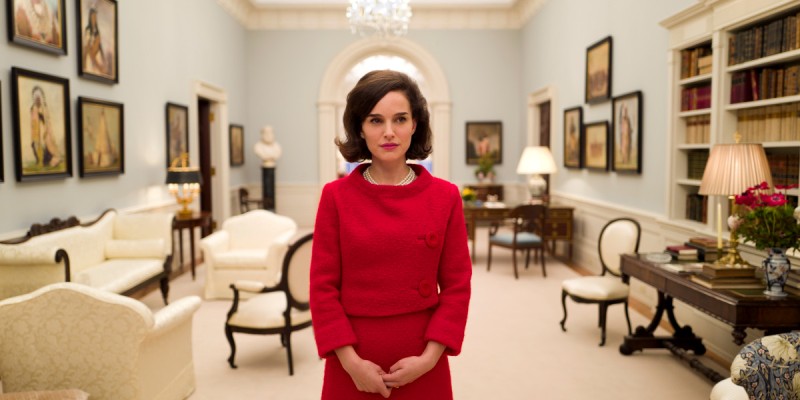 Most eponymous biopics of historical figures feature the titular character at its centre, but few protagonists are as central as Jackie Kennedy is in Pablo Larraín’s Jackie: the film unfolds mostly in close-ups of Natalie Portman as Kennedy as she navigates the days following the assassination of JFK. The camera focuses on her every emotion; she’s the focus of every scene, pained but smiling for the cameras and the entourage as she very publicly lives out yet another private tragedy.

Jackie’s essentially a one-woman show for Portman, who initially seems slightly caricatured as she moves into Kennedy’s very specific accent and speech patterns, but soon unfolds into what’s likely Portman’s all-time best performance (perhaps tied with Black Swan). She captures a public person in a succession of private moments in a way that goes way past simple imitation. The film itself is at its best in its sort of elliptical, almost un-narrative moments; it suffers more in its structure, where Kennedy is being interviewed by an unnamed reporter (Billy Crudup) who serves up some of the film’s clumsier exposition.

Still, Larraín has so much trust in his lead that the film becomes a moving and unflinching portrait of grief that transcends the idea of a simple biopic. The best biopics are the ones that have the wherewithal to zoom in on a specific part of a person’s life, rather than apply a dramatic arc to a life that may or may not necessitate one. Jackie zooms in so close, literally and figuratively, that it’s impossible to remain unmoved. ■

Jackie does not yet have a release date but was picked up for distribution at the festival.