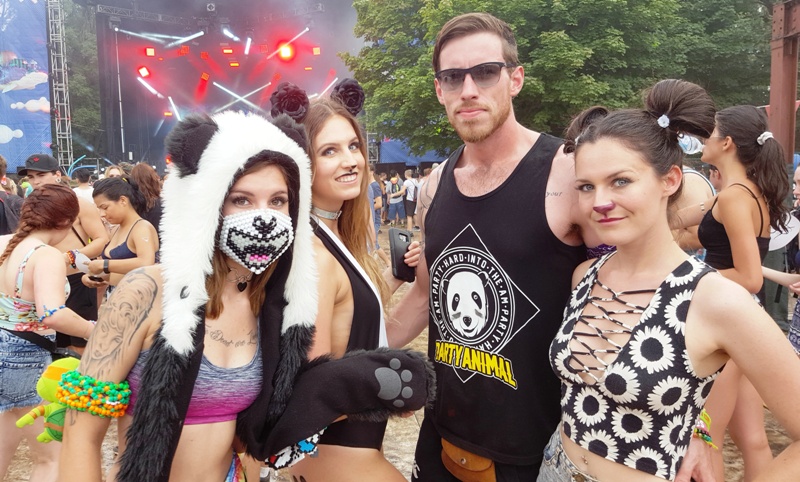 The third annual edition of Evenko’s EDM fest was an explosion of sound and an all-you-can-eat feast for consumers of eye-candy, from the flashy big-screen stages to the thousands of colourfully and scantily clad party people.

21st century rave style has retained some elements of the ’90s — the drugs are similar, and so is the taste for dayglo neon, soft textures and cartoon characters. But away from the darkness of afterhours spaces, in the blazing summer heat, there’s a lot less clothing, and the fabrics are far tighter than they once were.

This year we saw some of the same trends from last year — chunky kandi bracelets and face-masks, inflatable props, tutus, tiaras, knee socks, beaded bras and under-butt-baring jean shorts — as well as lots and lots of girls with laces wound all the way from their ankles to upper thighs, fur hats with super-long flaps, Canadian flags, cat ears and straight-up underwear. Club clothes by Victoria’s Secret? In this heat, why not?

See some of the best looks we witnessed at this year’s Île Soniq 2016: