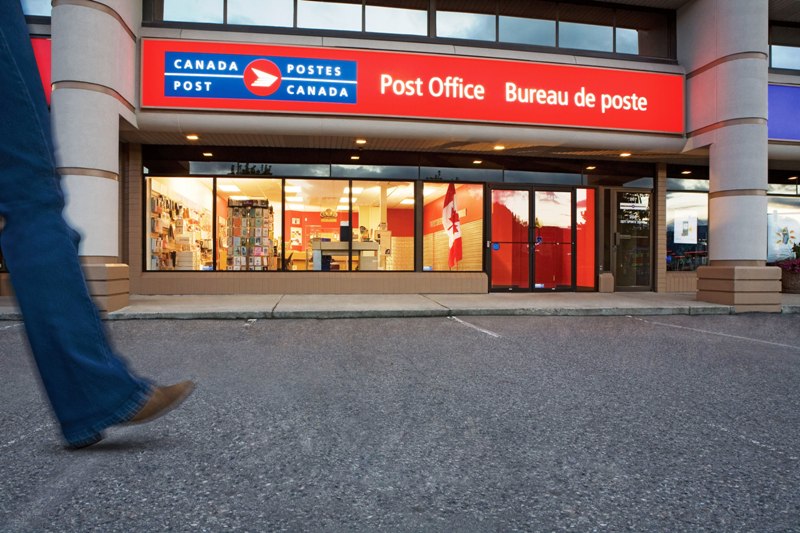 Management at Canada Post is determined to ensure that women and new hires at the crown corporation be treated as second-class workers, by maintaining inferior pay conditions for rural postal workers — mostly women — and introducing inferior pension plans for anyone who joins the post office after the next contract is settled.

To accomplish this, the corporation led by Harper toadie Deepak Chopra (not the New Age guru, more like a rusted Iron Age relic)  is trying to provoke a labour crisis by locking out employees and bringing the postal network to a grinding halt as early as Monday. Chopra is doing this even though he knows that the mere threat of a disruption has already caused Canada Post to lose 75 per cent of its e-business and that competing delivery companies are leaping in to fill the void. (Canada Post owns 91 per cent of the private Purolator firm, one of the main beneficiaries of the seemingly suicidal lock-out. Pushing business into Purolator’s lap is a not-so-subtle form of privatization by proxy.)

Chopra does this, as well, knowing that the general public often doesn’t draw much of a distinction between a lockout by the employer and a strike by workers. (The media is deeply complicit in this: Canada Post “strike” currently gets more than twice as many Google News hits as Canada Post “lockout.”)

It’s a distinction that the corporation tries to blur as often as it can, suggesting it’s the possibility of a strike that’s scaring away customers (even though the union has said it doesn’t want to strike) rather than the near certainty of a lock-out.

The corporation knows much of the blame will be placed on the men and women that Canada Post will soon be preventing from doing their jobs: sorting and delivering parcels, cheques and invoices, the lifeblood of much of the country’s small and medium business enterprises. Chopra knows the disruption will cause hardship for companies across the country, potentially involving untold millions in lost sales and increased costs.

But he doesn’t care. The Canada Post CEO is continuing to advance an privatization agenda set with his masters in the former Harper government, which thumbed its nose at Canadians by giving the unpopular Chopra an additional five-year mandate shortly before going down in flames in the 2015 election.

Chopra’s goal isn’t to turn Canada Post into a vibrant corporation rising to meet the challenges of a changing market. Instead, he’s acting like a hedge fund manager who’s not interested in fixing the machine but only in breaking it down to sell off the parts. Like the hedge funds that are destroying what’s left of Canadian media chains, the long-term survival of the business isn’t his concern, so he thinks nothing of raising prices while eroding services, such as his thwarted effort to eliminate home delivery.

And that’s why he doesn’t give a shit about the harm a lock-out could cause.

Chopra has been working — and has already been quite successful — at getting mainstream media to hop on the anti-union bandwagon, painting the union “demands” as unreasonable when it is in reality the Canada Post demands that are at the heart of the labour disagreement.

The main conflict is over pensions. The union wants to keep the long-standing “defined benefit” plan currently in force. A DB plan means workers know exactly how much they’ll receive in pensions, which won’t change due to external factors. Chopra wants newly hired workers to instead get a “defined contribution” plan, which is much more precarious and could easily leave workers with retirement revenues gutted by poor pension fund investments. The details could put an actuary to sleep, and Chopra is counting on this to keep Canadians indifferent. But for anyone who can’t rely on their pension to pay the bills when you retire, it’s time to wake up to the distinction.

Canada Post is claiming that union “demands” (does this include leaving the pension plan alone?) will cost it $1-billion, a figure that leaves most observers scratching their heads, especially since they won’t open their books to prove any of it. But as pension experts Robert Brown and Craig McInnes wrote in the Financial Post in 2014, switching to a direct contribution plan for public service workers actually increases both costs and risks for the government.

Economics aside, the Canadian Union of Postal Workers is opposed to creating a two-tiered system where one class of worker — the generally younger group of new hires — will receive shittier benefits than the union’s current rank and file. This is a braver stand than two other postal unions were willing to take, for which CUPW should be applauded, not condemned.

The other major CUPW demand, that rural and suburban carriers get paid a wage like their urban colleagues rather than by volume of mail, is a gender equality issue. Most rural carriers are women (70 per cent) whereas men dominate urban postal routes. CUPW says the pay differential amounts to 28 per cent and want to negotiate pay equity.

The Canada Post response? They can’t afford to fix it.

Come on, Justin, it’s time for Ottawa to put Chopra on the block and force Canada Post to stop dismantling our public heritage, discriminating against female workers and screwing over new employees.

If our new Prime Minister is truly a feminist, he better stop mailing it in. ■