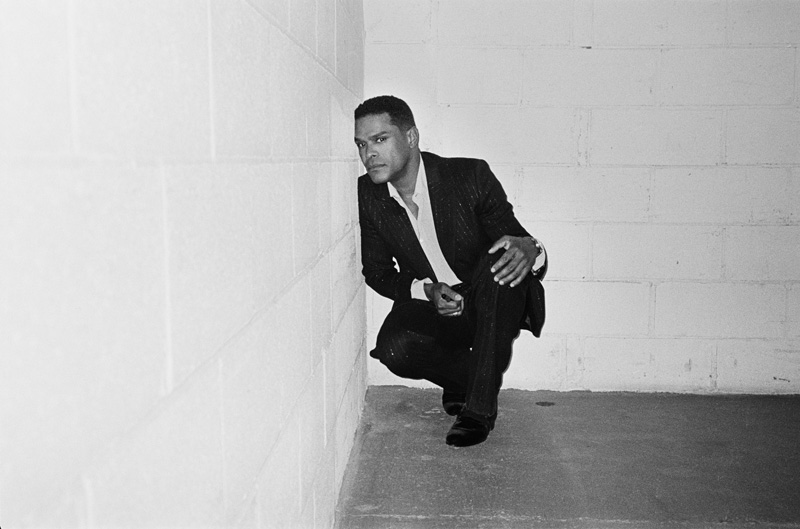 Writing and composing music is a very natural yet mysterious process. Music executives may think it’s an industrial art form but it isn’t. As Bobby Womack said: “You can’t put your feelings on a time schedule.”

After a seven-year wait, which included tours, delayed release dates and a sizzling duet with Alicia Keys (2012’s “Fire We Make”), Maxwell is ready to deliver blackSUMMERS’night, the second installment in the blacksummers’night trilogy.

Clues to its musical direction can be found on “Phoenix Rise,” the synth-driven instrumental closing number on BLACKsummers’night. “It’s like a continuation,” Maxwell explains. “It’s the first album that I’ve done that wasn’t labour over love. It’s like the details don’t matter to me as much. It came out with feeling so seems more natural.”

The recording environment had a profound impact on the sound. “I was in Miami for a bit and then I was of course in New York and it did,” Maxwell says. “It played a lot in the temperature, weather and getting the summery feel.”

“Lake by the Ocean” premiered in April. The video was filmed in the Dominican Republic and Haiti (a nod to his roots). “I was very concerned and conscious about the water issues, showing that side of the world and then mixing it up with a love song,” he explains. “You know, just creating some sort of peace conflict energy through music with the song.”

Longtime collaborator Hod David co-wrote and co-produced most of blackSUMMERS’night. “He’s always wanted me to be happy with the music. And what he does naturally is just so classic, so amazing,” says Maxwell. “The same with Stuart (Matthewman, Sade collaborator), the same with a lot of people who are in the band. We all just know each other.”

The album is beautifully sequenced, leading up to the poignant “Listen Hear.” “There’s a hole inside/Something in me/That tries to destroy it/Tries to deny the destiny that I’ve been given,” he confesses in the song. “Because the life I’ve chosen/Is not the life that I should be living.” It takes great courage to display such vulnerability in words. “I just didn’t know I was gonna be so honest,” Maxwell explains, “but sometimes when you just do stuff and you just go with it, what’s supposed to come out of you comes out of you.”

Co-written with Stuart Matthewman (Sade, Twin Danger), “Listen Hear” marks the first time both artists have collaborated since 2001’s Now. “It just was so great working with him,” he says. “It was kind of like magical, it was just a moment.”

The stage is now set for the grand finale: blacksummers’NIGHT which he promises will arrive “a lot sooner than the last one for sure. A lot sooner. I’m tired of being in limbo.”

In the meantime Maxwell will embark on the SUMMERS’ TOUR, which visits the Olympia Theatre on July 4. “I’m excited to be there. I’ve been to Montreal like numerous times, it’s a beautiful place.” Those present at his 2014 Montreal Jazz Festival appearance can testify to the strong attention to detail of his performances. “We’re doing all these things that we have to put together, screens, content and a lot of things we have to do to make sure that everyone feels like I care,” Maxwell says, “which is really what I care about.” ■