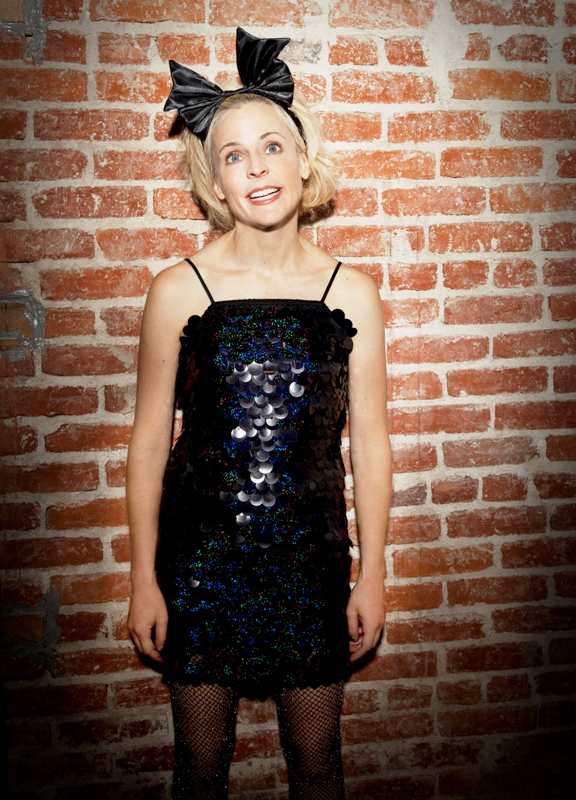 Most comedians make the ups and downs of their careers and personal lives an integral part of their act; few go as far and as deep as Maria Bamford.

Throughout her career, she has woven surreal and absurdist humour with frank depictions of depression, anxiety and mental illness. She’s appeared on shows like Louie, Fresh Off the Boat and as Tobias’s love interest DeBrie in the fourth season of Arrested Development.

If the name and the face aren’t familiar, maybe the voice is: her chameleonic vocal ability has made her a voiceover staple on shows like Adventure Time, CatDog, Bojack Horseman, WordGirl and The Legend of Korra. Bamford is bringing her live act to Just for Laughs in July on the heels of Lady Dynamite, her new Netflix show.

Lady Dynamite is loosely based on Bamford’s real life, but with a healthy dose of her off-the-wall, absurdist sensibility. It’s the logical continuation of her web-based series The Maria Bamford Show, in which she played all of the characters (a feat she often pulls off in her live act as well).

“The web series was prophetic because it was my fear of what would happen,” she explains. “Then, when I was 41, it actually happened. And that’s what the series depicts.”

In the Netflix show, she’s joined by Mary Kay Place and Ed Begley Jr. as her parents, Fred Melamed as her agent and Lennon Parham and Bridget Everett as her best friends. Bamford plays a stand-up comic who attempts to rebuild her life and career after six months in recovery from bipolar disorder. That part of the show is real; other parts, like the recurrence of women named Karen Grisham in her life, are part of the surreal, kaleidoscopic tone of the show.

I ask Bamford if she ever felt pressured to make something “straighter,” so to speak, or more grounded.“I’m not sure what that would mean,” she says, “I just wanted everyone, including myself, to feel like they could write and create what they wanted and have fun. I hope that’s what happened!”

Lady Dynamite was created by the TV comedy dream team of Pam Brady (South Park) and Mitch Hurwitz (Arrested Development). “Mitch is extremely funny and worked so hard to make the whole relationship with Pam and me come together,” Bamford explains. “He’s always lovely to be around and extremely supportive of letting everyone be creative, which I really appreciated. He is also a spectacular email writer!”

Bamford is also known for her innovative stand-up specials. In The Special Special Special!, she performed in front of an audience of two: her parents. The material from that 2012 show is often raw and painful, never tempered for the audience that sits a couple of feet from Bamford.

When asked what her JFL show has in store, the answer is a lot less daunting — informed, it seems, by her 2015 marriage to artist Scott Marvel Cassidy. “Just current material on my hubby,” she says. “Love in general. Goof.” ■

She will also perform as part of the David Cross Gala (July 27), Hold On With Eugene Mirman (July 28) and The Dork Forest Podcast (July 29).