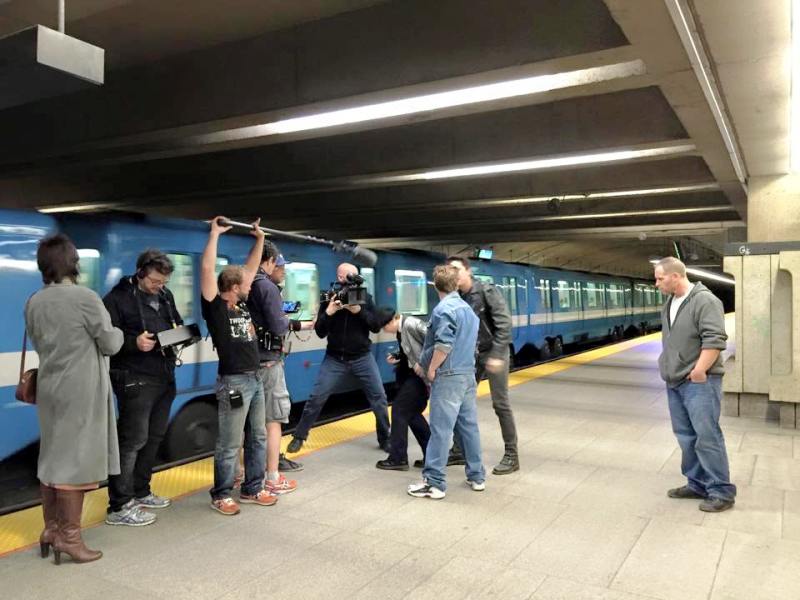 On the set of King Dave

It’s been a long road from stage to screen for Alexandre Goyette’s King Dave. First conceived as a one-man show on stage by its author, King Dave tells the story of the titular Dave, a wannabe hustler living in Montreal’s East End. Though he has a job, a girlfriend and an apartment, Dave’s the kind of guy who thinks he could always handle another hustle or two. It’s how he gets roped into a pretty non-lucrative radio-stealing scheme with a street gang, giving him just enough delusional street cred to think that he can play Liam Neeson on a guy (Kémy St-Éloi) he thinks got too close and personal with his girlfriend (Karelle Tremblay) in a club. What starts as a lot of macho braggadocio has unintended (and progressively more intense) consequences for Dave, who sees his life spiral way out of control.

Goyette’s stage play featured no characters on-stage other than Goyette himself. He delivered his lines directly to the crowd, sometimes having one-sided conversations with unseen characters and other times modifying his voice to be the other person. While the content and language was cinematic, adapting something so specifically stage-bound without losing its flavour was challenging.

“At the beginning, Alex and I wanted to do it a different way,” explains Podz. “I had seen The Departed at the time — which goes to show how long we’ve been working on this (since 2006) — and I thought ‘Wow, that’s the kind of energy we should go for.’ We were looking into doing it in a typical way, there was Alex, of course, who wanted to play a role that he was already starting to age out of… It took about a year of back and forth before we settled on this idea.”

“It didn’t work in any other way because it’s Dave’s story — it’s nobody else’s story,” explains Goyette. “We tried other methods, but it never amounted to much. In fact, it was worse than not much: it was really boring. What was fun in the stage version was that Dave was sharing everything; the audience was his confidante. Voice-over narration could never have acheived that, or at least not in the same manner. Once we’d established that… one, two, three pints in, Podz called it: It has to be a single shot.” 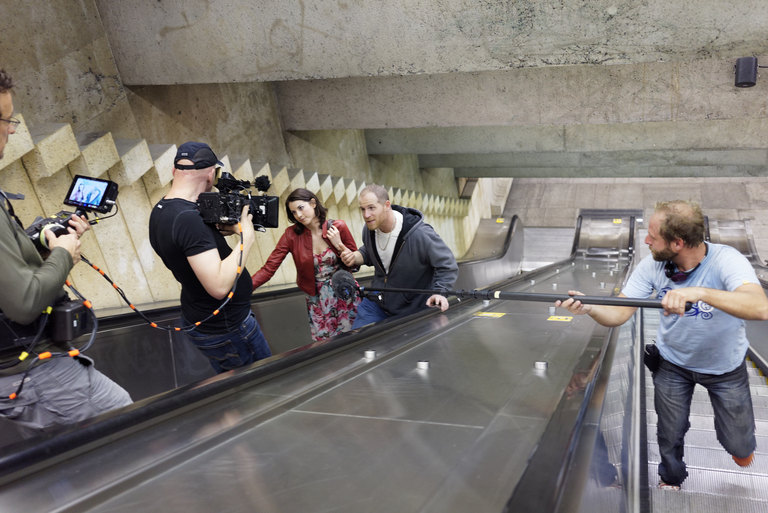 The result is something I’ve never quite seen before: a film that unfolds in a single shot but not in real-time, one where the conventions of theatre are given the grit and heft of cinema. The production built a custom set over nine kilometres (!) where sets fed onto each other as suited the story. Even though the technique is similar to the one used in films like Victoria and Birdman, the result is quite different.

“I haven’t seen Victoria but my understanding of it is that it’s a bit like the sequence I did for 19-2: you have a set unit of time and everything is logical,” explains Podz. “You exit the bar, you’re on the street outside the bar, and so on. In our case, there is no logic. He says, ‘I’m going to my mom’s,’ he walks out the door and he’s at his mom’s. We built something that allowed for this kind of storytelling, but it wasn’t there to begin with. It’s artificial. It’s very theatrical, but it’s also very cinematic, since the moves between locations function like cuts. Since, I’d say, 1905, filmmakers don’t have to show the character moving from point A to point B; cutting from one location to another conveys that idea fine. Now, these events happen, but within the shot. Time passes; there are ellipses, there’s ‘editing,’ so to speak, but all within the shot. The story lasts 10 days!”

I ask producer Nicole Robert (who has worked with Podz twice previously) how she felt about taking on such an unconventional, potentially complicated project. “I was very excited!” she says. “I had just seen the play. Alex had invited Podz to see the play because he wanted to make a movie out of it, and Podz called me up to see if making the movie would be something I’d be into. After I’d seen the play, I met up with Podz and over a drink he told me he wanted to do it in a single shot. I was really keen on it. I was excited both by the challenge of the experience and the way it told the story in a single breath.” 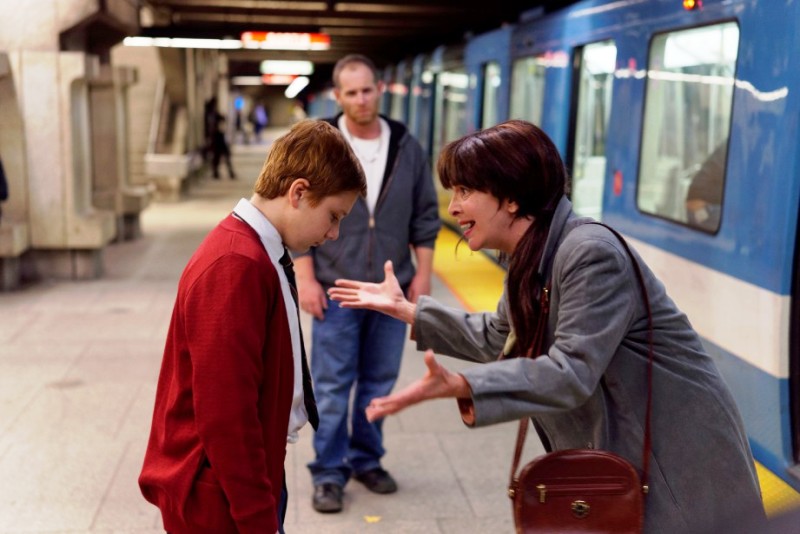 Surprisingly, what you see on-screen skews very close to Goyette’s original stage production. “It’s pretty much the same text as the play,” says Podz. “We changed some things so they’d fit in the geography of our film. The clearest example I can give you is the scene when he walks into the hotel room — that’s not how it originally went down in the play. In the play, he lived the whole scene with Isabelle, went back home and freaked out. For very practical reasons, we had to get between two points during that time and reintegrate the plot. I told Alex, we’ll need all the intimate stuff with Isabelle to happen in the same room as a sort of nightmare or meltdown. We had to turn things around, make new connections, in order to make it work.”

“It’s not an exact science,” continues Podz. “Everyone was a little out of their comfort zone, because we’d never done anything like this. I kept telling Alex, ‘Fuck, I’m reinventing my job every day!’ But in a way, a lot of the stuff I did before this movie prepared me to make it; in a lot of my stories we’d play with the concept of reality and we definitely integrated some of that in here.”