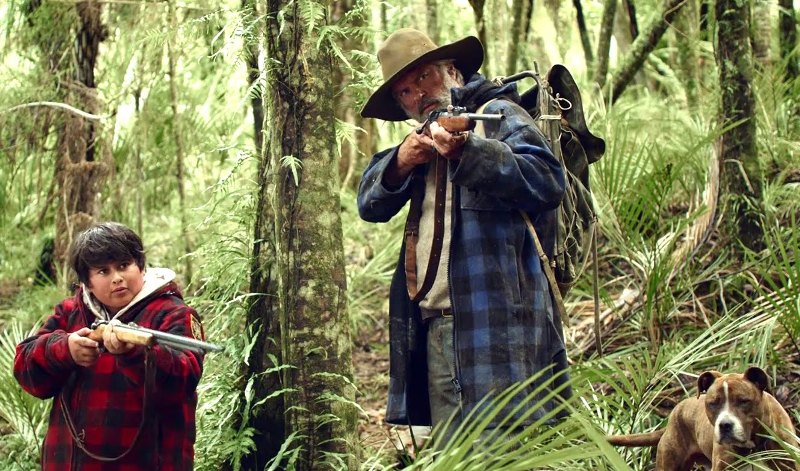 Julian Dennison and Sam Neill in Hunt for the Wilderpeople

Not too many people get a gig directing a Marvel movie off the back of a mockumentary, but Taika Waititi is not most people and What We Do in the Shadows is not most films. One of the breakout comedy hits of last year, the vampiric mockumentary was Waititi’s third feature, but he took the time to make the long-gestating Hunt for the Wilderpeople before moving on to Thor: Ragnarok. The film is based on a novel by New Zealand writer Barry Crump, a prolific novelist whose work was almost always centered on wilderness, outdoorsmen and other outdoor adventures (I would posit his Canadian equivalent is Farley Mowat).

Julian Dennison plays Ricky Baker, a preteen troublemaker who is sent to live with foster parents (Rima Te Wiata and Sam Neill) in a remote part of the country. Ever the city boy, Ricky doesn’t immediately take to life in the country — he attempts to escape damn near every day only to be rounded up either by his Aunt Bella or curmudgeonly uncle Hec. As Ricky begins to acclimatize to his new life, tragedy strikes and Aunt Bella dies (this happens in the first 15 minutes and hardly constitutes a spoiler). More determined than ever not to spend the rest of his life with the monosyllabic quasi-hermit that is Uncle Hec, Ricky executes an even more daring escape into the brush. Hec soon comes following, leaving the home empty and the child protective services agent (Rachel House) assigned to Ricky assuming that Hec has kidnapped Ricky and absconded to the wilderness. 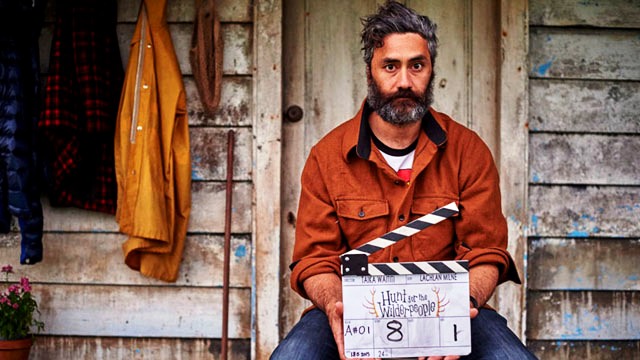 “Back in 2005, I was approached to adapt this book,” says Waititi. “Barry Crump is a national icon, really. He’s been an icon for many, many years. Growing up, you’d always find one of his novels in every household. I was always aware of him, though I’d never read his books. I was approached by a producer and eventually wrote a few drafts of it. My approach was very much true to the book, but the book is not funny — there’s no car chases, no social welfare worker, no funny funeral scene, there’s not that thing with the girl…”

“That stuff, in my first draft of the film, was not there. It was quite a dramatic script, and I just didn’t feel like I was ready to make it. I went off and did my first three features, then came back to the material knowing a little bit more about my sensibility and how I like things to be tonally, I came back to the project with that in mind. I added a lot more humour and characters and craziness. It was a long development — between then and when I rewrote it, it was like nine years. (…) It was a really, really long process, but most of that time, I wasn’t thinking about it.”

The film broke the record for highest opening gross in New Zealand history and smashed many other records along the way, which was somewhat of a surprise for Waititi. “My other film, Boy, that broke all the records,” he says. “Wilderpeople is now the highest-grossing New Zealand film of all time, but it overtook my second film, which previously held all the records. It’s actually really great, I was really proud of that, but it’s not something that I expected. Because Boy had held that record for so long, it seemed like a hard thing for a film to do, but now it’ll be even harder to beat this one. I think it came down to making a film that families can go to. It’s not necessarily like “a family film,” but what we’ve seen is that kids go to the cinema with their parents and their grandparents. Families of 10 people going to the cinema together because there’s something for everyone!”

I bring up the fact that Hunt for the Wilderpeople reminds me of a whole heap of Canadian young-adult novels from my youth — that it seems inevitable that if a country has lots of lush greenery or untouched territory, young people will inevitably be drawn to stories about being lost in it. “I think a lot of young people have a fantasy about being on the run from the law, you know, being in a car chase, surviving in the wilderness on your own,” he says. “But, you know, a lot of Ricky’s personality stems from Rambo, you know, from First Blood, and a lot of good car chase scenes like The Blues Brothers and Cannonball Run. (…) In the end it all comes down to how I try to swing between comedy and pathos and trying to keep an interesting balance.” ■

Hunt for the Wilderpeople opens in theatres on Friday, July 22.