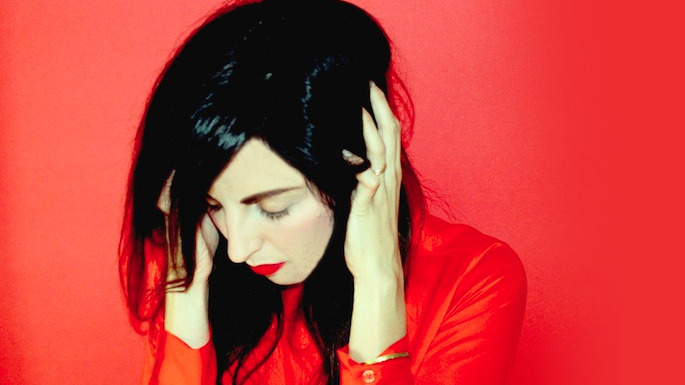 With Tropic of Cancer’s arrival in 2007, Camella Lobo had turned a dream into a reality. She’d been on the periphery of the on the L.A. music  scene for a few years, going to shows as a student and working as a music journalist for publications as The Village Voice and The L.A Record, and she was looking for a way in. Despite her professional insight, Lobo viewed making music as an unattainable set of creative skills.

“It seems a lot harder on the outside than it actually is when you start getting into it and learning how to use the right programs,” she says. “I had friends who played guitar and I used to sing Bowie covers in my living room. It was a dream of mine to do music professionally and I just didn’t know where to start. I think it’s the same for a lot of people.”

One day her husband Juan Mendez, a minimal techno DJ known as Silent Servant, showed her the basics of recording in one afternoon session, and that same day her passion for glam rock, post-punk, goth and new wave was on its way to becoming  a proper music project.

“Our first song came out of that session,” Lobo says, “and that day we sent it to a friend of ours who works at Dublab, which is a pretty big music organization that puts on shows and has a radio station, and he was like, ‘Do you guys wanna play a show in two weeks?’ We were like, ‘Wait, what? No, that would be crazy and stupid.’ But of course we ended up doing it. That was pretty much how Tropic of Cancer operated in the first five years or so, flying by the seat of our pants. But I think that was good in a way. Even now, I still need a deadline to focus.”

Tropic of Cancer’s debut EP The Dull Age was released on Berlin label Downwards in 2009, followed by The Sorrow of Two Blooms on British label Blackest of All Black in 2011. By this point Mendez was no longer involved in the project, and Lobo recruited musician Taylor Burch just in time for a European tour supporting Australian band HTRK.

“We went to Europe for a month and played so many shows,” Lobo says. “It was really, really cool, it was a good time, and it was good timing to strike while the iron was hot because we were just starting to get a little bit of attention. But it was also really tough, right in the middle of the turmoil of Juan leaving the band and reinventing it as a different project. I don’t ever want to go back to those days — they were really hard, but a lot of good stuff came out it. Those were the paying-your-dues days.”

Almost as tough was Tropic of Cancer’s 2015 tour, when Lobo was seven months pregnant. She was already deep into the recording of her latest EP Stop Suffering, as well as the planning for the subsequent tour, when she learned that she was already four months pregnant. “It actually went better than I expected in some ways and worse than I expected in other ways,” she says of that tour. “We both survived.”

Eight months later she’s back on the road, bringing Tropic of Cancer to Montreal this weekend. And though she’s run through her share of gear over the last nine years (including guitars — Tropic of Cancer isn’t entirely electronic), the building blocks of her music are the same ones that she broke creative ground with back in 2007.

“Old habits die hard with me,” she says. “I write songs from the ground up. I’ve added a new drum machine or amp or pedal or keyboard now and then to give me songwriting inspiration and new sounds but I’ve always worked in Logic. My songwriting process is a little bit ghetto — I’ve had studios, I’ve not had studios, I’ve had the opportunity to work in a professional environment to record, and record with other people, but the way I do things is record on the spot — I record everything — so it just feels better to do that on my own.

“I’ve found that electronic music is just as accessible as punk rock used to be, and when people discovered that back in the 1970s, it’s like there was a revolution. That’s kind of what happened with electronic music, but we don’t usually talk about it in those terms — but we should.” ■