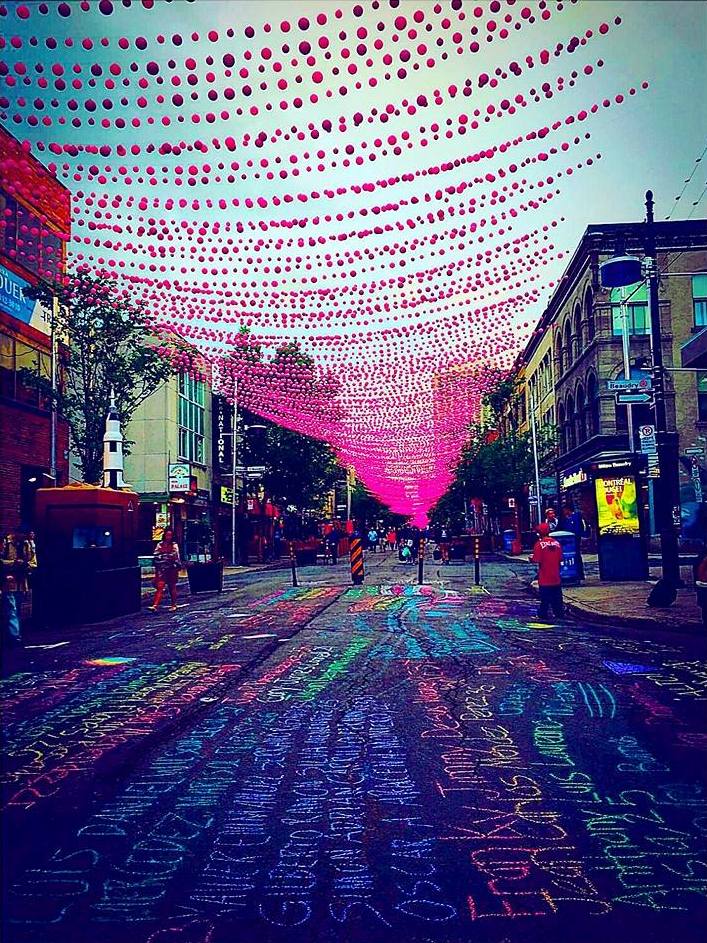 Names of the Orlando victims in Montreal’ Gay Village. Photo by Lisa Lalonde

Beginning today and running through Sunday, Taste of the Caribbean promises an array of food samples ($2–$10) representing the cuisine of the island nations, as well as live cooking, rum demos and live music in the Old Port, with VIP dinner and seating available ($95) and more action at afterparties on the weekend (Groove Nation, June 17 and 18). Old Port, free from 11 a.m.–3 p.m., 3 p.m.–11 p.m., $5–$15

Check out some classic cassettes and the boomboxes that played them at the 90s Hip Hop Tape Cassette Exhibition, running through Saturday night. For more detail about the event, which wraps with a film premiere on Saturday, see our interview with the curator here. Artgang (6524 St-Hubert), 5 p.m.–midnight, free entry (different hours on the weekend)