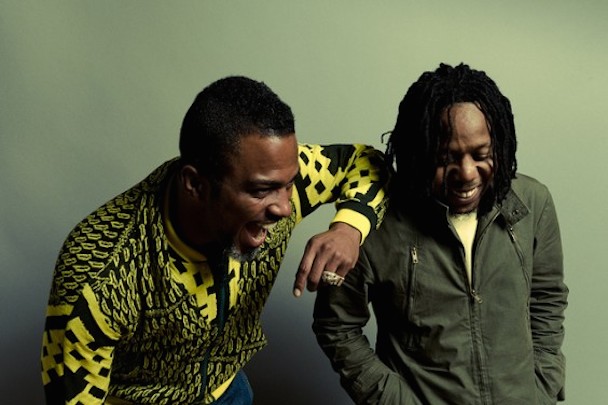 Tendai Maraire is one half Shabazz Palaces, alongside Ishmael Butler, and one third of Chimurenga Renaissance, whose mind-bendingly cool new EP Girlz With Gunz represents an even further exploration of experimental, African-informed hip hop than we have come to expect from his more widely known projects with SP.

Raised in Seattle, the son of a Zimbabwean musician and college professor, Dumisani Meraire, the multi-instrumentalist pays a visit to Montreal this weekend to spin a set at the 20th edition of the monthly Moonshine party thrown by artist Pierre Kwenders and manager/promoter/Kruger Originals co-founder Hervé Kolongo.

We had a chance to speak with Maraire at the 11th hour before the party to learn more about who he is and what he brings to the ever-evolving hip hop sound.

Darcy MacDonald: First off, you are appearing in Montreal as a special guest of Moonshine, celebrating the monthly’s 20th full moon party.Please tell us a little bit about what a Shabazz Palaces DJ set entails, if that is fair, and a little bit about your relationship to the event.

Tendai Maraire: A Shabazz Palaces DJ is another opportunity for us to engage with music lovers. Just like most of our shows, there really is no prearranged playlist. It also gives us an opportunity to share new and old music from all over the world.
As for our relationship to the event, we’re pretty close friends with the curators Pierre (Kwenders) and Hervé (Kolongo).

DM: I am told you recorded new material with Pierre Kwenders. How did you connect?

TM: Yes that is true. My bandmate from Chimurenga Renassaince, Hussein Kalonji, and I were watching videos online looking at new African artists and stumbled upon his “Mardi Gras” video. (I) ended up getting his album, then reached out, and the rest is history.

TM: Well I was raised in the Central District and Southend of Seattle. Both were black neighbourhoods from the ’70s until the past few years due to gentrification. And I was lucky enough be around when hip hop was being birthed. Meanwhile I was performing Shona music from Zimbabwe with my family since I could remember. I was very much in love with my Shona culture and the new phenomenon of hip hop that was flourishing all over the country. My mother was always supportive of me embracing hip hop and the culture. So I participated it the culture as a performer and fan as much as I could. 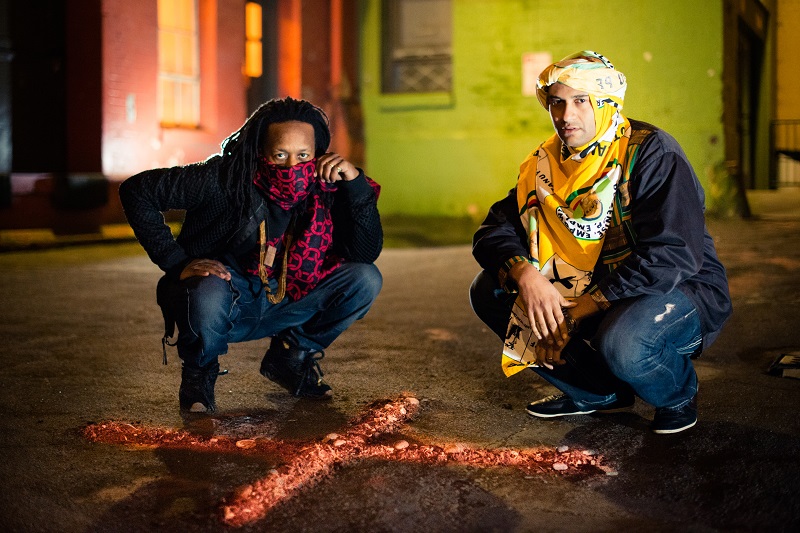 DM: Across your projects, you seem to be working at the vanguard of modern, percussion driven, electronically executed African music in America. I’d like to ask a few questions around that premise:

Firstly, What is Chimurenga Renaissance, and who is Hussein Kalonji? Also please tell us about who else you roll with, how are you and your peers getting your music and message out?

TM: Chimurenga Renaissance is an idea that Hussein Kalonji and I started years back. Hussein is the son of Raymond Kalonji, one of the forefathers of the Congolese rumba sound. We met when we were both doing hip hop in different crews, but we always ran into each other at local African events. Years later we would talk about how we loved hip hop as well as our African cultures and wish there was something out there representing that in the western world. We eventually started making music, joined with a Zimbabwean artist, Tanyaradzwa Tawengwa, and here we are now.

As far as getting the music out, we’ve worked with labels that fortunately believe in our message. Our first release was with Brick Lane and our latest Girlz With Gunz release is with Glitter Beat.

DM: Where does this project, Chimurenga Renaissance, intersect with Shabazz Palaces, and where do they diverge?

TM: Well I don’t think it’s really possible for them to diverge but I understand what you mean. The obvious common factor is I’m in both bands, and the split comes with the message from the rappers and the approach in the music. I try to do my best to keep the styles different when collaborating with either Ish (Butler, of Shabazz Palaces and Digable Planets) or Hussein.

DM: How do strong girls with guns affect the modern conversation about gender and race in America?

TM: H-Bomb (Hussein) and I were both raised by strong women who weren’t the first or last spouse of our fathers. We would share family stories, ideas and incidents from our youth. And I started noticing how much our mothers were always present. Then my mother suffered a stroke. And I really started thinking of the role she played in my life. And it was always masculine. It was always hard, in control and proactive. And from there, I just started writing about women who’ve influenced my life.

DM: What can North America learn from and about Africa today to help us reconcile with our brief history?

TM: I feel there is so much to learn. But if I have to think of one, it would be the strength and pride we take in embracing our past, learning from it. Then learning how to become better people while sustaining self-wealth.

DM: What are you up to this summer?

TM: A lot of recording, producing and writing. I also have been enjoying being home and catching up with family.

DM: What do you wish people would consider more, in general?