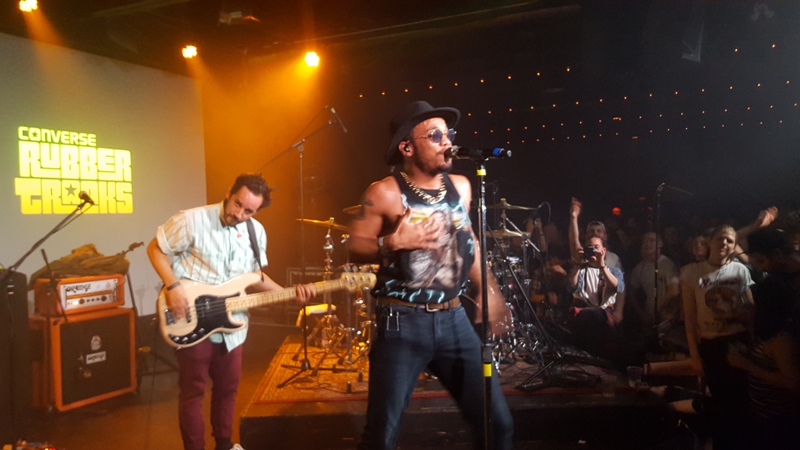 Anderson Paak and the Free Nationals

California rapper and producer Anderson Paak played a free-via-RSVP show at Théâtre Fairmount last night, a show (presented by Converse Rubber Tracks) that “sold out” in 10 minutes when the RSVP went live a few weeks ago. Paak has been riding a monster wave of buzz since the January release of his sophomore album Malibu (which followed appearances on six tracks from Dr. Dre’s 2015 record Compton), and his Montreal set made good on all the hype.

Following a solid opening set by local indie rock/electro-pop band Look Vibrant, Paak (aka Anderson .Paak) performed with high energy and high charisma, playing drums on one track while staying on the mic. Mid-set, he played “Glowed Up,” a track from Montreal rapper/producer Kaytranada’s album 99.9% that Paak guested on —it got a huge reaction from the full-capacity crowd, who were jumping with their arms in the air through big chunks of the set.

Paak was backed by his five-piece rock/funk band the Free Nationals, who made his tracks far more explosive than the studio versions we know. Watch this video of their performance of “Drugs” and check out more photos below: