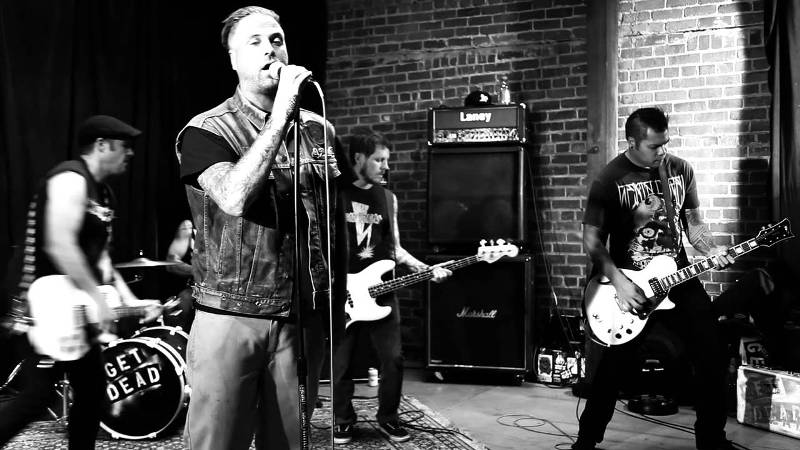 The sixth annual edition of Pouzza Fest brings nearly 200 punk, hardcore, rock and ska bands to indoor and outdoor stages in downtown Montreal and the Plateau, from U.S. headliners like Less Than Jake, Sick of It All and the Suicide Machines to local acts such as the Planet Smashers, the Sainte Catherines, les Breastfeeders and Red Mass.

In the lead-up to the big event, I connected with Stomp Records co-owner and festival co-organizer Mike Magee to ask some pressing questions about Pouzza:

Lorraine Carpenter: Was the festival named after pizza and poutine because they’re the preferred fuel or alcohol base for punks?

Mike Magee: Absolutely. I shouldn’t speak for all of punkdom, but there’s no better greasy base to lay down for a night of alcohol-fuelled mayhem. When you combine the two into a Pouzza, you become even more unstoppable.

Pro tip: It’s also the very best hangover remedy. Wash that delicious mess down with some blue Powerade and you’ll be back in business in no time flat. Or you’ll puke. Either way it’s win-win.

LC: Does Pouzza fill a void left by the Warped tour? How does this festival’s audience and overall experience compare?

MM: I’d like to think so. The experience is definitely very, very different, but I feel that some of the audience is still the same. That whole concept of walking around, drinking beer and discovering new bands with your friends is a huge part of what Pouzza Fest is all about. It’s just way more of a local, independent and grassroots vibe. No one is gonna try to “brand” you with a company logo temporary tattoo or ask you to change your cellphone plan here.

LC: Apart from the music genre, how is Pouzza different from other local festivals?

MM: It’s seriously all about the punk rock community, and everything that goes along with the lifestyle and ethos. Besides the 150+ shows across seven venues throughout the weekend, there’s also a huge free outdoor space with beer gardens courtesy of indie breweries Beau’s and Trou du Diable. There’s merch malls where bands can swap and sell their stuff. Secret shows, comedy jams, rooftop parties, punk rock yoga, baseball tournaments, food trucks, BBQs etc.

We have Pouzza Bambino for the kids on Sunday where Ariane Zita and Nick Raz will be singing munchkin-friendly tunes. We also have a bouncy castle and fucking Ninja Turtles! It’s like the ultimate block party, except the block is an entire city overrun by punks. 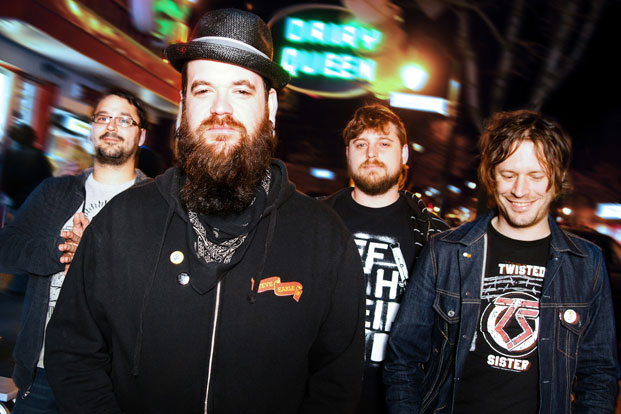 LC: What are some of the Pouzza team’s personal highlights from this year’s program?

MM: I’m totally biased, but I’m stoked to see Planet Smashers, Less Than Jake, Suicide Machines, Sick of It All, Penske File, the Dreadnoughts, BOIDS,  Belvedere, Dead to Me and a ton more. I’m almost as excited for the beer gardens and BBQs. Also pretty rad, Pouzza-founder Hugo Mudie’s band the Sainte Catherines are getting together to play Dancing for Decadence in its entirety at Fouf’s, which is going to be frigging insane.

LC: What is punk yoga?

MM: Ha! Good question. We introduced Pouzzasana last year semi-jokingly and it turned out to be a huge hit. It’s run by Miguel from Teenage Bottlerocket along with Lily from Oh My Snare. Basically a few hundred hungover punks get together in the outdoor space on Sunday and try to Downward Dog their way back to health so they have the strength to party their asses off for the rest of the final day of Pouzza Fest. ■

Pouzza Fest runs from May 20-22 at various venues, from noon to 9 p.m. daily. Three-day passes cost $100 and day passes cost $60. Outdoor shows are free. Find all the music and activity programming and ticket details here.