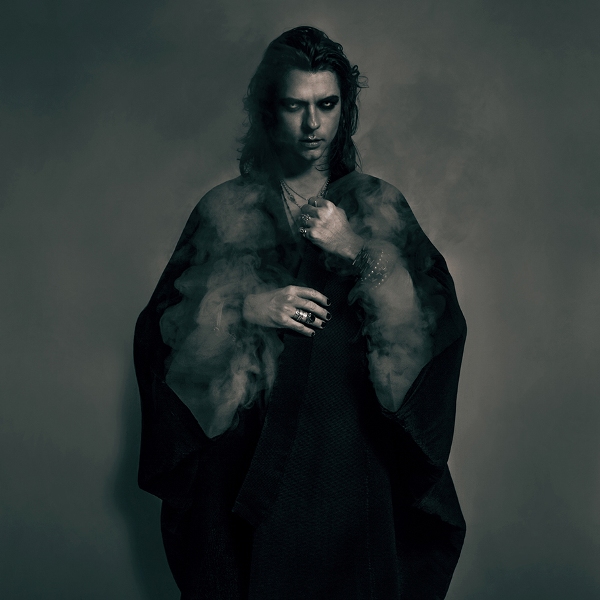 To call Frigid’s latest project “multidisciplinary” doesn’t quite do it justice. Violence of the Heart is 15 dark glam-rock songs, five videos, “a deluxe edition bible,” a line of soaps (“Frigid’s 7 Deadly Soaps”), a magazine and some inspired vampiric artwork.

A decade ago, the Montreal artist born Joffrey Dumas — who we first got to know as Frigid as a DJ at recurring Village club nights like Kink and Overdose — turned his creative energy toward composition. Violence of the Heart (stylized as VOTH) is the long-awaited follow-up to Bedroom Sessions, created by Frigid in collaboration with fellow local musician Alex Crow.

The project debuted live with a special multimedia performance in December, and now the album is out along with the other elements of Frigid’s world.

Lorraine Carpenter: What are some of your main influences for this project, musically and aesthetically?

Frigid: They are so many influences — both sound and vision — and I hear and see things myself now that were not even influences behind this piece of work.

LC: How would you describe the difference between VOTH and Bedroom Sessions?

I wanted to sound like a band — Frigid full force! Real drums instead of electronic and more organic instruments. More like the sound of my live shows, though it’s also still moody and electronic in parts.

I think that these years of musical explorations have made the Frigid sound very clear now. And although I always collaborated with cool talented musicians, this was more like team work, working together instead of sending tracks and mixes to each other back and forth.

It is as “in your face” as Bedroom Sessions, but more poetic maybe. More cinematographic as well. And lighter. And happier.

And that’s not even including all the visual aspects of VOTH! It was a series of crazy collaborations with photographer Jean-Sébastien Senécal and graphic artist Jocelyn Leduc, who have been working on VOTH‘s signature look with me for over two years now. The music inspired the visual, which re-inspired the music, which inspired the final look of all the merch. It was a pretty intensive new way of working for me.

I’ll probably try something new again next time. That’s the fun part of creating without limitations.

LC: Will you tour or play many live shows, or will it be special occasions only?

CW: Well, I’m a performer at heart — I love the stage. But I want the VOTH shows to be very special, too. And that demands time and money. So not before the fall; probably more around November. I think it’s important that people see me live, and some of these songs will be very fun numbers to perform!

LC: What are your hopes with this phase in your career, now that VOTH is out?

F: For sure, the ultimate goal is to be recognized for my work, and extend my fan base a lot. My dream is to live well from what I think I do best.

I’m extremely proud of what I’ve created with my collaborators. It represents me and my artistic vision very well.