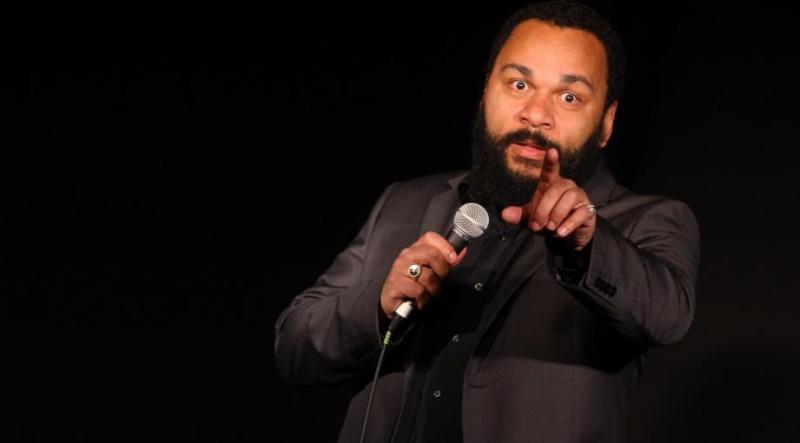 It’s easy to believe in freedom of expression when it’s people you support who are threatened. But the real test is whether you’ll stand up to defend the people you hate — even the people who hate you — when others try to censor them.

I’m talking, of course, about French comedian Dieudonné, who was turned away by Canadian border authorities at Trudeau airport on Tuesday.  The Canada Border Services Agency wouldn’t say why the comedian was sent packing, but they have the authority to do so if an individual seeking entry has been found guilty of crimes that would be an indictable offence in Canada.

Dieudonné, full name Dieudonné M’bala M’bala, has been convicted eight times in France of hate speech and even of condoning terrorism because of jokes and tweets that upset many members of the public and French authorities. But could he have been found guilty in Canada for those same offences? For making anti-Semitic jokes, or for sending out a tweet, in the wake the Charlie Hebdo assassinations, that suggested he empathized with a terrorist responsible for killing hostages in a Jewish grocery store?

He would have been condemned, of course. And quite rightly. That, too, is part of free speech. But convicted in a court of law of a criminal offence? Not here, not yet, and that’s a good thing. Because when we start locking up comedians for being offensive, the rest of us may not be far behind.

Look, Dieudonné is a racist asshat. His rants about Jews are the typical worldwide conspiracy mutterings that appeal to other asshats the world over. His jokes aren’t subtle or insightful, but neither are they inciteful, the type of declarations that will send racists everywhere running into the streets to foment revolution.  Most of us would never have even heard about them — or Dieudonné himself — if it weren’t for all the free publicity he gets every time he’s dragged back into another court or turned away at another airport.

Aside from the self-satisfaction of seeing him sent packing back to Paris on Tuesday, what exactly did Dieudonné’s outspoken opponents, like Montreal mayor Denis Coderre and Quebec Immigration Minister Kathleen Weil, think we achieved by preventing him from performing in Quebec this week? Whatever local fan base he had here has more likely grown than shrunk as he enters the realm, for his supporters, of persecuted martyr. People who believe in his ramblings about Holocaust conspiracies will only become more convinced that the “Zionists and their puppets” have conspired once more to silence him. Whatever he loses in ticket sales he gains in increased notoriety and a steadily increasing revenue stream from his slick web promotions.

It’s a dynamic that has worked well for Dieudonné, whose early career not only had him working with a Jewish partner with whom he mocked racist stereotypes, but saw him politically involved in left-wing anti-racist groups. In 2003, however, one of his caricatures was even deemed by the TV station that aired it, France 3, as having “crossed the line into anti-Semitism.” Rather than apologize, Dieudonné upped the “anti” by becoming more and more vocal about Zionism, the Jewish lobby and even the Holocaust.

As media personalities like Ann Coulter and Rush Limbaugh have demonstrated quite well, right-wing hate-baiting can be a profitable enterprise. You don’t have to appeal to a wide constituency, just a devoted one that’s willing to tune in and fork out for an echo chamber that reinforces their prejudices and predilections. This is a niche that Dieudonné has learned to exploit quite adroitly and one that has been helped much more than hurt by the controversy over his cancelled Quebec tour.

So, do we just let people whose views we abhor spout them in public venues whenever they want?

That’s pretty much what happens here every day, no matter what your political viewpoint. Whether it’s on the airwaves of Quebec City’s infamous “trash radio” stations, in the comments section of your favourite websites or on the stage of your local comedy club, offence is being given — and taken — on a pretty regular basis.

The fact that it’s being done publicly isn’t a signal that we need rules and repression to shut it down. Instead, it’s a sign that we believe our society has much more to gain than to lose from the free expression of ideas.

No freedom is absolute, of course, so there’s a place for laws and censorship aimed at activities that truly threaten the safety and well-being of Canadians. But if a fatuous French comic drives us to declare his jokes a menace to our democracy, then that’s when our democracy is truly in trouble. ■