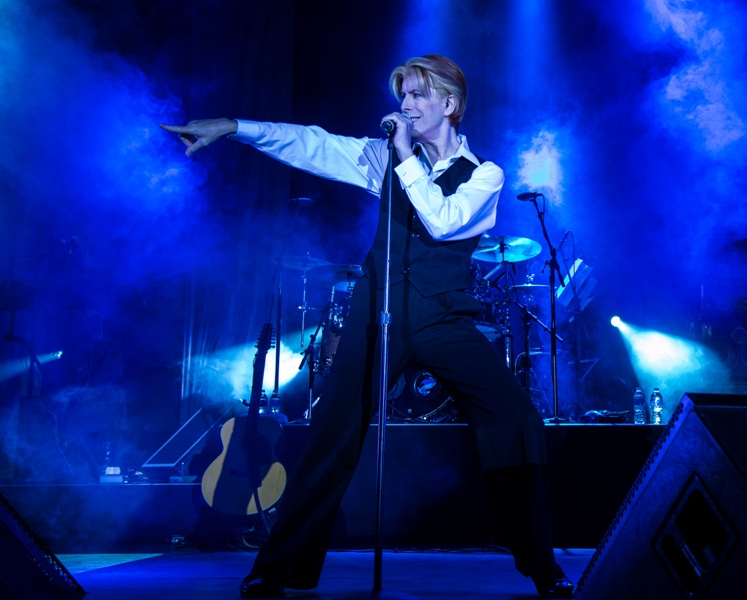 Any thinking music fan has mixed feelings about cover bands. Even the most skilled impersonator is still an impersonator — it’s an awkward proposition for a true fan.

But when you see a really good one, the appeal and popularity of the cover band makes sense — it’s not about wigs and costumes, it’s about experiencing the music live when, in most cases, the real thing is either very unlikely (ABBA, the Smiths) or impossible (the Beatles). I’ve seen live tributes to the bands in parentheses, and I had a blast every time. That said, ABBA is a band I’ve never cared about, the Beatles cover band I saw performed on a wedding dancefloor and both times I saw the Smiths cover band, I had a substantial amount of alcohol in my system — not to knock them, though, they were great (and I’ve seen Morrissey live).

This is different. I’ve been listening to David Bowie since I was a fetus. I was fortunate enough to see him live twice. For his own work and his influence on the majority of the pop and rock bands I love, he’s my favourite musical act of all time.

David Brighton has a lot to live up to, but having performed as Bowie for over a decade, he’s up to the task, even with what I imagine to be added pressure and scrutiny following Bowie’s death earlier this year. 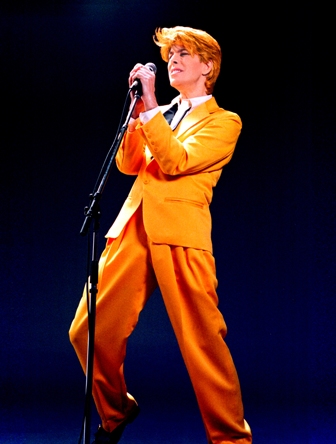 “I discovered Bowie’s music back in high school,” Brighton says. “I heard ‘Panic in Detroit’ on the radio and that was it. I didn’t know who it was at first, but I made it my mission to find out — I’d never heard a song like that before. I started buying all his albums after that, starting with Aladdin Sane.”

Brighton, who hails from Los Angeles, played in a few bands before his cover-act career got started. He performed as George Harrison in Beatlemania (and has contemplated launching a Tom Petty show), but was drawn to Bowie for the sheer variety and depth of the music and spectacle.

“What stands out the most to me about Bowie is the level of artistry and intelligence in his work. His melodies, lyrics, chord changes and topics are unique, always interesting and fearless. He was a brilliant songwriter — no one wrote songs like Bowie. And his presentation of his best work was equally unique and groundbreaking.”

Spanning the Space Oddity period (1969) through Let’s Dance (1983) — and sometimes beyond, depending on the show’s allotted set length — presents its challenges, and not just because of the number of costume and hair changes. Bowie’s voice changed after the Ziggy Stardust era, as did his band.

“I’m fortunate enough to work with some of the best musicians on the planet in our show. It’s very much a team effort. As time progresses we will most likely be expanding the range of what we delve into from his 50-plus year career. There is so much to draw from.”

One Bowie-tribute performance that stands out for Brighton didn’t even happen on a stage, but on the set of a French TV commercial for Vittel water, where he had the opportunity to meet and act alongside his hero (watch it here).

“It was a very surreal and oddly humbling experience — when one imagines meeting one of their musical heroes, they don’t expect to be dressed up like them when it actually happens. He was the perfect English gentleman, making jokes and doing all sorts of comedy bits on the set. It was interesting to see up close what made him such a superstar. I felt very honoured to be there, and everyone was very respectful. His official website had been very supportive of me and my band prior to filming the commercial and continued to be afterwards.”

Brighton’s Space Oddity show comes to Montreal less than five months after Bowie’s death, and although the show was conceived and performed prior, I was curious about whether it had been altered in any way.

“We’re always changing and refining our show, but of course the songs we perform take on different meanings and significance now.  The simple fact that he’s no longer with us makes our shows a very emotional gathering of so many types of people, from so many age groups and cultures who were touched by his music. Bowie’s contribution was very far reaching; it’s not simply about songs, it’s a community. And our shows are one of the places where that community can come together and heal and celebrate at the same time.” ■