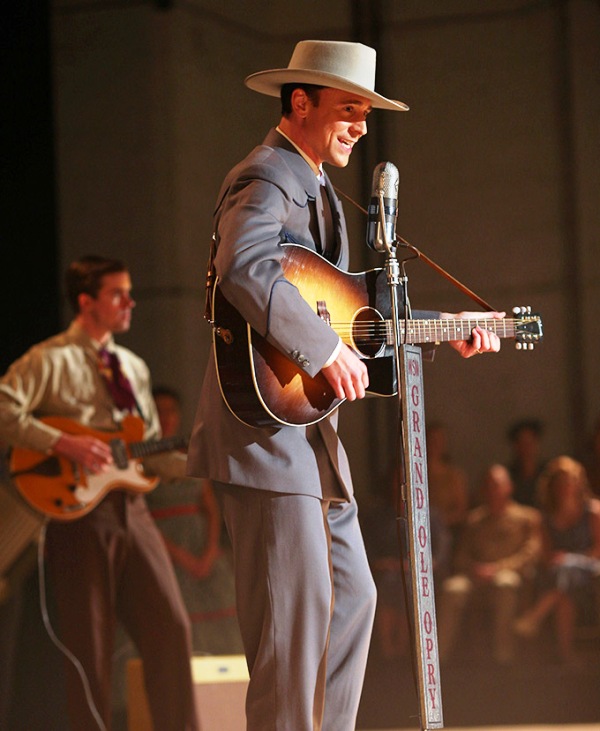 Tom Hiddleston in I Saw the Light

Even though rock ’n’ roll was formally born in the mid-’50s, the idea of the “rock star” predates it by a pretty wide margin. People like Franz Liszt have been described as the rock stars of their day, and the term has been repurposed for pretty much anyone who does anything well. All this to say that Hank Williams didn’t invent rock star behaviour: famous people were fighting, fucking and killing themselves with booze and drugs way before Hiram King Williams ever got a radio show, but Williams sort of fine-tuned the recipe. Marc Abraham’s biopic of the legendary country music pioneer hits all the beats that you expect from a music biopic because, for better or worse, that’s the way Williams’ short and tragic life panned out. 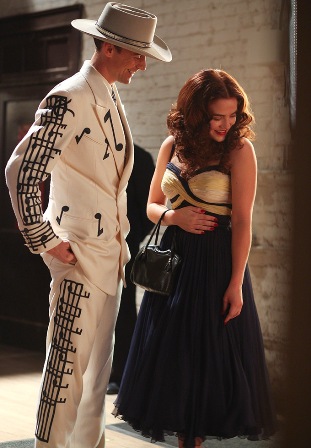 The film begins as Williams (Tom Hiddleston) marries his sweetheart Audrey (Elizabeth Olsen); she already has a child from a previous marriage, but her fiery spirit is a good match for the rambunctious Williams. They settle somewhat awkwardly into married life as Williams goes from being a local radio star to a major recording artist with dozens of hit singles and an eye set on the Grand Ole Opry.

Always a heavy drinker, Williams also finds an affinity for painkillers after hurting his back in a hunting accident. Doctors diagnose him with a mild case of spina bifida, a chronic malformation of the spine that drives him to further self-medicate to alleviate the pain. The mounting pressures of touring and Williams’ increasing addictions eventually end his relationship with Audrey before eventually ending his life in the back of a car at age 29.

Abraham does a few things right from the beginning: he wisely avoids spending time in Williams’ childhood, a biopic cliché that usually serves just to establish a recurring motif (“WRONG KID DIED!”) and he devotes a lot of time to musical performances without imbuing them with the self-importance of great art being created. He’s confident enough in his material that he doesn’t feel the need to underline the brilliance of the music with a bunch of hackneyed clichés – but that doesn’t necessarily automatically translate to a compelling film.

The fact is that I Saw the Light mostly spins its wheels in generic biopic mode, with Hiddleston and Olsen yelling at each other about fur coats and infidelity while young Hank Williams Jr. watches in the doorway.

The best biopics are the ones that focus on a specific part of a person’s life in order to tell their story, rather than stuffing each and every major moment in their lives into a three-act structure. Williams was so young when he died that his career barely had the ups and downs required for the traditional biopic, so Abraham has to lean pretty hard on some moments to give them the required dramatic functions. Try as he might, he never quite finds the emotional breakthroughs he’s looking for. 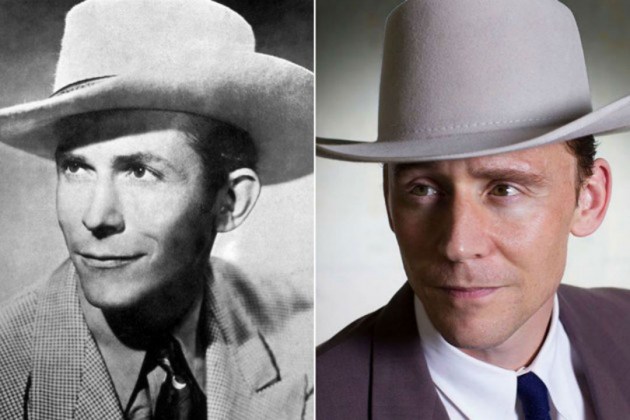 The film’s musical sequences almost make up for the film’s dramatic inertia. Hiddleston does all of the singing and playing himself, and he acquits himself rather nicely; my fear was that modern recording techniques and “advancements” in country crooning would result in some polished Blake Shelton shit that sounded nothing like Hank Williams, but a concerted effort was made to recreate the feel of the original recordings.

Obviously we can’t really pinpoint what Hank Williams would’ve sounded like live rather than on a scratchy old recording, but the performances have an organic quality that doesn’t necessarily extend to the film’s dramatic construction.

I Saw the Light isn’t an incompetent movie; in fact, I’d say it’s just about as good as you can expect from such straight-ahead treatment of the material. Given the choice between a straight-ahead, somewhat lazy biopic of a major figure and no film at all, however, I’m not sure if those two hours are optimally spent. It’s no one’s fault that Hank Williams’ life was, if not drama-free, unsurprisingly dramatic — but it should certainly have been taken into consideration before setting out to make I Saw the Light. ■

I Saw the Light opens in theatres on Friday, April 8. Watch the trailer here: