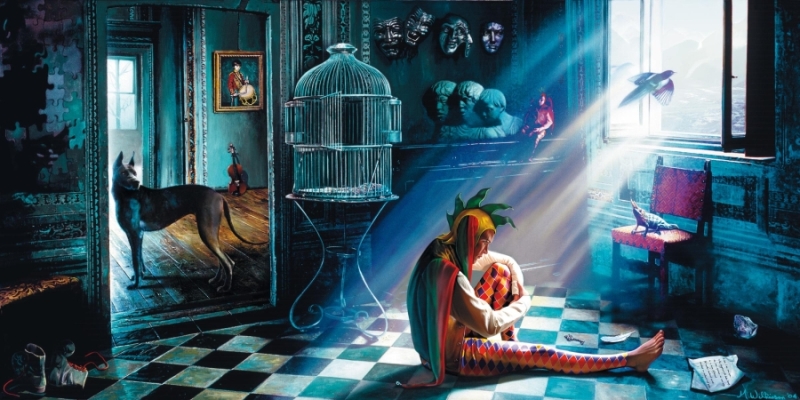 “The Fool” by Mark Wilkinson

If the warmer weather is giving you baseball fever, why not head over to Olympic Stadium to catch the first of two special pre-season matches between the Toronto Blue Jays and the Boston Red Sox. The second game is happening on Saturday — check out the details here. 4141 Pierre-de-Coubertin, 7 p.m., $24–99.50

One of Montreal’s best known DJs, producers and label heads — Tiga — recently released a new album, No Fantasy Required, and though this isn’t a conventional record launch show, it makes his set at StereoBar tonight all the more special. Bonus: Also DJing, Ledisko. 856 Ste-Catherine E., 10 p.m., $20

Granted, this is the second time this week we’ve recommended an event where Afrikelektro is playing, but who can resist a party called Animal Tribal? Before and after the band’s set, there’ll be music by DJs Robert de la Gauthier and Danika Bass plus event host Louis Costa, and live painting by seven local artists including Maliciouz and Patricia Klimov. Matahari Loft (1673 Mont-Royal E.), 10 p.m., $8.88/$10

The eighth edition of Gay Goth Nite is happening at le Ritz, so pick out your best black duds and check out DJs Exghoufriend, Homogenius and Hansa’s selections of darkwave, new wave, industrial, EBM and post-punk. 179 Jean-Talon W., 11 p.m., $5 before midnight/$10

Our annual readers poll — the Best of MTL — is open! Vote for all your favourite local people, places, artists, services, restaurants and retailers here!