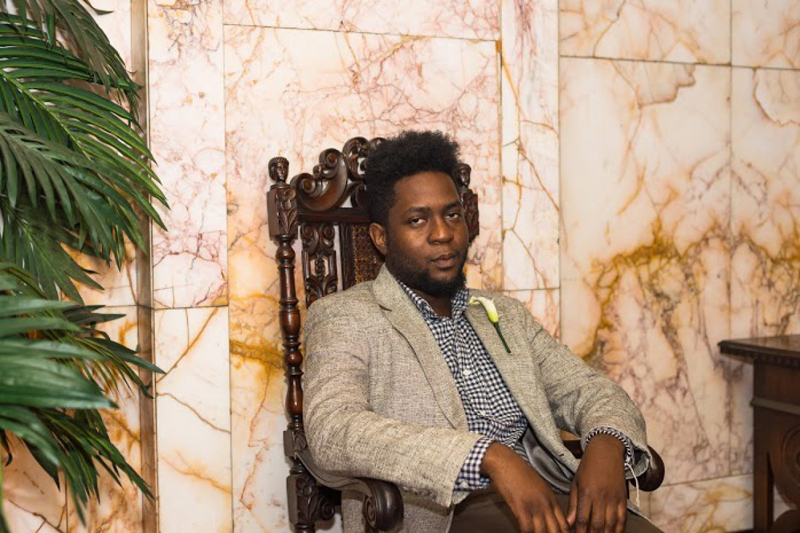 Richmond, VA-based producer Chino Amobi’s NON Worldwide network is a record label built on revolutionary and radical ideas about how social and political forces create global power structures that oppress—so it stands to reason that the electronic, sample-heavy soundscapes he creates are rather confrontational and unsettling. The label’s name relays the outsider feeling of being separate from the mass culture and aims to create space for unconventional artists from across the African diaspora to produce and distribute their works.

For Montreal producer Babi Audi (Melissa Gagné) of undeRRage, it’s a dream come true to invite Amobi to Montreal for a performance tonight (Saturday, April 23) at Alexandraplatz, in collaboration with Never Apart.

“I’ve wanted to book Chino Amobi for a long time.” Gagné says, who’s pleased to be bringing Amobi to Montreal for his first ever Canadian appearance. “He used to have this project called Diamond Black Hearted Boy which was so inspiring in 2012–13, collaborating with (Bolivian trans artist) Elysia Crampton with very challenging music and meaningful videos.

“I found Chino’s videos on YouTube, and the shots and the collage of images he would use was talking to me—I found them so clever and smart. You watch that and there’s an underlying content that’s critical but brought with skill and real talent. It’s not sarcasm or irony or pastiche. It’s critical work.”

Also on the lineup will be Yves Tumor, one of the first artists to work with Mykki Blanco on his new label Dog Food Music Group, and who is also affiliated with NON Worldwide. Like Blanco, Yves Tumor is an artist invested in subverting the stereotypical expectations of black music and style by representing their own underground culture through music that inspires and challenges.

“Yves Tumor has been making music under various aliases for years, is very talented and experimental in his way to present himself, which I respect a lot,” Gagné says. “His live performance is very intense, aggressive and physical, but also very refined and sophisticated and personal.”

For Gagné, the political and critical elements of the output of work by Amobi, Tumor and other NON Worldwide affiliated artists is invigorating and inspiring to see in the electronic music world.

“I totally respect and embrace fun, party celebration music,” Gagné explains, “But there’s also this world of freedom, of what sound can be and what music can be. It’s a political posture, being free and exploring and thinking and pushing it further and bringing new experiences. Chino takes very clear positions and shares them in very literal language. He, Yves Tumor and Elysia Crampton all have strong political voices and are super engaged and generous every day on their Facebook and Twitter networks. It’s such a gift to have these people, they’re very enlightening and inspiring for a lot of us. Chino is very very radical, but he’s now getting more attention and it’s very good to see his evolution. He’s a very special artist and I wanted to have him in my city!”

Rounding out tonight’s lineup will be Gagné herself as Babi Audi plus Montreal producer Kallisti (a new project of d’Eon). Ahead of tonight’s performance, Chino Amobi and Yves Tumor will give a talk this afternoon at Never Apart about their work.

“The four artists performing have very different styles and tonalities,” Gagné tells me, “So it’s going to bring people from one place to another to another. I hope people will be entertained but also a little confronted—It will be very intense!” ■