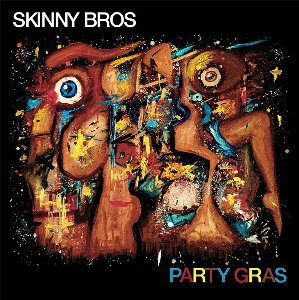 There’s a lot to discover on the latest from Skinny Bros, a local band helmed by Montreal sibs and seasoned songwriters Paul and Chris Cargnello, the immediate takeaway being: “These dudes definitely know their shit.” The 1990s was a period of musical hybridization, the side-effects of which were often mind-numbingly awful, but for musicians of a certain pedigree, raised in that era, there holds a challenge to doing it all, at once, and making it work. It’s nearly impossible, and that’s what makes it fun. By engaging a who’s-who of local instrumental and vocal talent — not to mention Danish harmonica master and War co-founder Lee Oskar — the brothers and their collaborators manage to move in and out of genres from rock, to reggae, to hip hop, soul, funk and beyond, making it sound effortless despite how much heart obviously went into the grooves. Party large with these Bros.