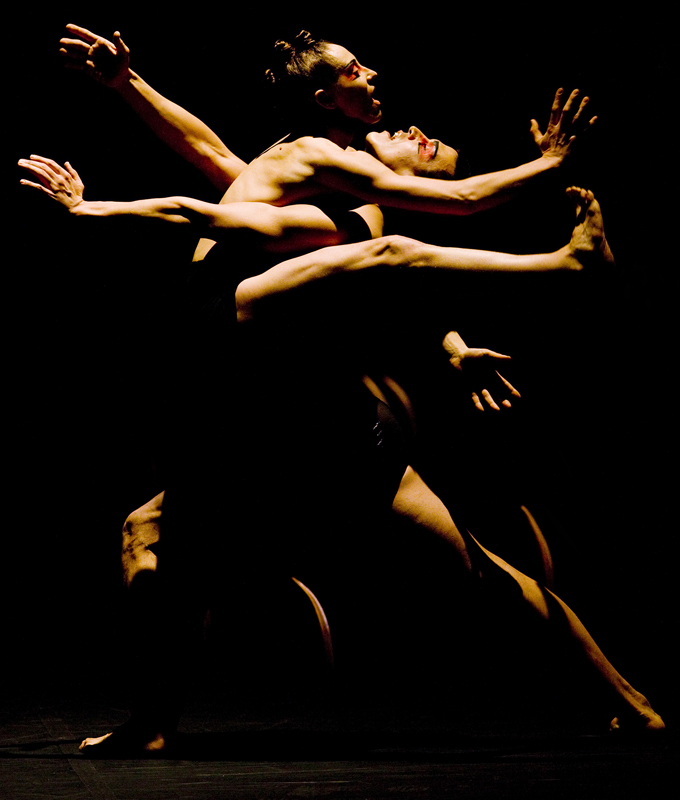 In the ballet Prelude à l’après midi d’un faune (based on a Debussy score and first performed by the Ballet Russes in 1912), a feral faun wakes up in the woods surrounded by beautiful nymphs — the urge to whet its appetite, to fulfill its sexual urges, to simply admire or to just be enveloped by all the beauty.

For three nights this week at Place des Arts, Choreographer Marie Chouinard’s alter ego Carol Prieur dances as the faun, embodying all that is contemporary, all that is old, and how the dance is still a very relevant tableau of “the animal” in the human condition.

The piece will be performed together with Chouinard’s interpretation of the 1913 Stravinsky ballet The Rite of Spring (Le Sacre du printemps). Without any set narrative, The Rite of Spring is the eternal friction-filled dance of competition and  procreation on planet Earth. And all this with 92 musicians from the Orchestre symphonique des jeunes de Montréal.

Ahead of this week’s performances, we sat down with Danse Danse directors Caroline Ohrt and Pierre Des Marais to find out more about Marie Chouinard’s works.

Pierre Des Marais: Marie’s Rite of Spring has not lost its intensity and its reflection on our current world that we strive to make better every spring — but we, “like animals,” cannot control our urges to butt our heads against bars that we put up ourselves. We think we might break it down, but it will break us down and return the following Spring. We seem to be aimless and breathless in our quest for a newer and better world. Marie’s Rite of Spring, to my mind, is a reflection of that.

Caroline Ohrt: Yes, that’s 1913 — the spectator her/himself was not exactly understanding what was trying to be said there on stage. I don’t think people were ready to see what they saw. They were fascinated, but trying to understand all that is going on. Probably the difference when you get to choreographer Pina Bausch’s Rite of Spring in 1973 and Marie Chouinard’s Rite of Spring in 1993, spectators are more able to understand. At the same time, the animals Stravinsky is describing are probably way more understood by the dancers themselves. For a dancer to be dancing The Rite of Spring the way it was written must have been very hard — and that’s me thinking — I do not know what they were thinking!

JO: When you look at Marie Chouinard’s Rite of Spring, would you say it’s a new interpretation of how our world is permanently unhinged? The first 1913 performance being before the First World War.

CO: It is a question for the choreographer herself, so I will be answering as a spectator. I think Marie was not trying to express what was going on in the world. Marie is working from the inside out, more than the outside in, as you’re describing. She works on the animal instinct in ourselves — how the movement grows from within the spine, the brain and then expresses itself, so I think that is how you need to look at it and thus what makes it so present. Marie’s Rite of Spring has been touring for 20 years. It resonates with the actual world and that’s probably why it touches everyone so much.

JO: In her own writing at the beginning of her career, Marie Chouinard says, “If you always hold your head in the same way, you will always have the same idea of the world. Knock over, roll, shake up, turn, overturn towards other worlds through the body, intimate knowledge of Orders and Disorders.”

CO: Recently at an interview at Place des Arts, Marie began by speaking about how we have to look at things in a different way each and every day and that in changing our habits we might arrive at something different. She said to the interviewers, “I will do this interview, but I will change my register of speaking and talk to you in a very sombre manner.” She did the interview and spoke in a very, very somber register. It was hilarious but that is how she is. She gets inspired and tries to look at things in different ways. She came up to me and said she felt different from other interviews she had done and as listeners gave us another vision. She tries to get people to reflect differently, to question themselves, not in shaking people up — although people do often try and attribute that to her. In fact she is looking to make people think. Marie likes working with people’s intelligence — not trying to explain, but in provoking their emotions.

JO: Of her first works, writer Suzanne Asselin says, “she takes refuge in a kind of phosphorescent igloo, in a uterus where she is reborn, transformed, like a mythic Eve who knows nothing of Adam, breasts painted in an electric blue, blood red lips, legs spread apart from east to west — this body in trance.” (Vie des Arts, 1986)

CO: I do not want to put myself in Marie’s head or even lend words to what she might say, but yes, trance being to bring people to another state of spirit or soul that might provoke an experience we have never done or crossed. All of Marie’s pieces try and bring us to another place (ailleurs) in that way, and in Rite of Spring and in Prélude à l’Après Midi, it might be the strongest in that respect.

So yes, trance is something which comes across in Marie’s creating or workshopping new pieces, something that she tries to transmit to her dancers so that the spectator might also live these moments of trance. Incidentally, it was while being in a state of trance that Marie first came to her performance of The Rite of Spring. She was doing an extended fast and you might know that fasts sometimes provoke hallucinations. It is in hallucinating during this fast that she started to hallucinate hearing the music of The Rite of Spring, and the music would stay with her until she created the choreography. It all has its origins in a trance and this state of being is very omnipresent in the work of Marie Chouinard.

JO: Carol Prieur, the principal dancer of Compagnie Marie Chouinard is someone who seems to be Marie Chouinard’s alter ego. She will be the main dancer of L’Après midi d’un faune which Marie originally did. What an incredible dancer. Can you speak about her?

CO: I can’t speak for Marie but from the exterior she seems to be her alter ego. Marie has extreme respect for all her dancers of course, but Carol is her muse, you could say. She is an amazing, amazing dancer and an amazing person. She is very generous of herself and so, so devoted to the company. She is training every day, focusing, working on her roles. She is very special and translates Marie Chouinard’s language perfectly. In all of Marie’s pieces, she is a ball of emotion. In looking at Carol Prieur dance, one cannot remain cold. She goes out and touches each spectator. I am certain she will transcend the role of the faun in Prélude à l’Après midi d’un faune. I am certain the audience will be captivated and enthralled by her aura and her energy. ■ 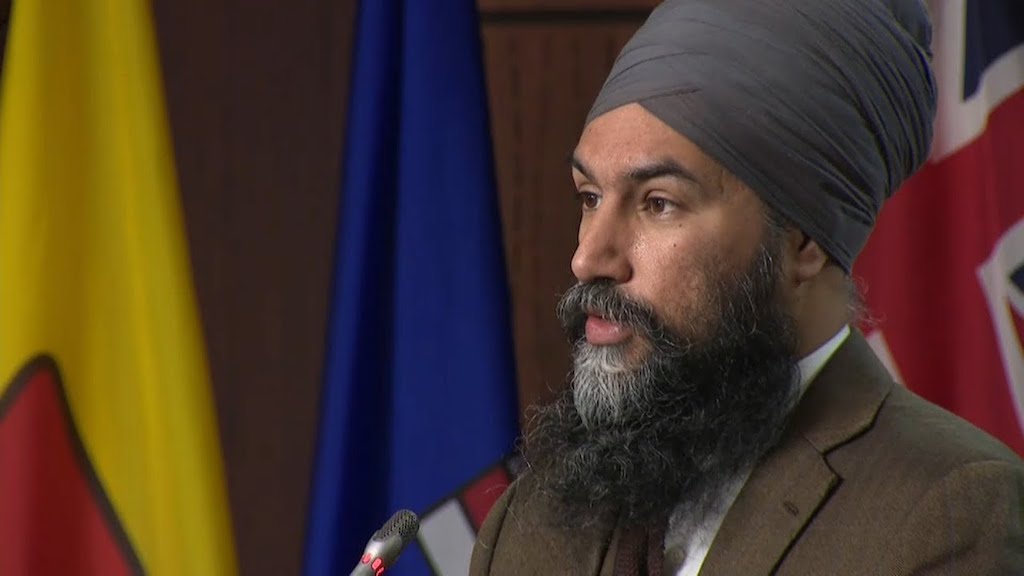 “They are radicalizing people to go out and commit acts of violence.”