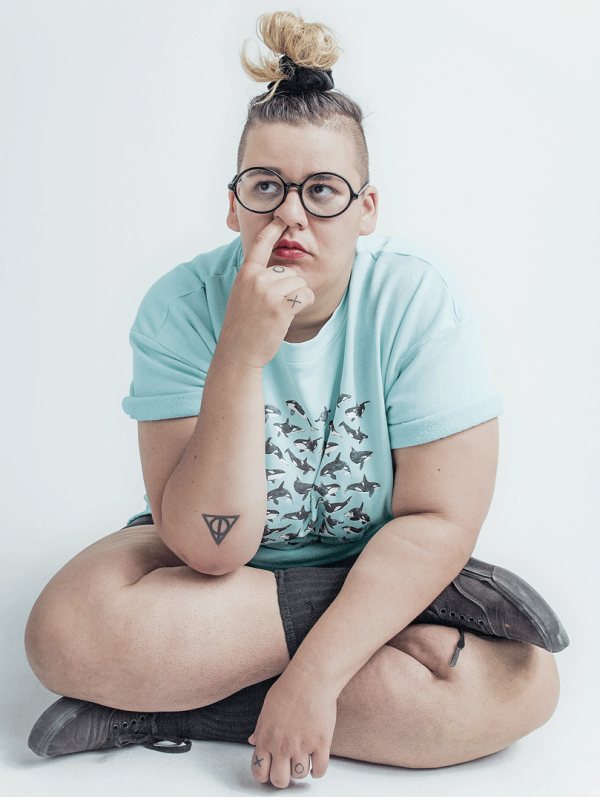 “You know in Harry Potter when you just put the sorting hat on your head? I guess in life, the sorting hat on my head has been like, ‘You’re going to make music.’ I feel like it’s natural and it helps me. […] I still have issues and I have anxiety but we always have issues and I guess I just want to keep treating myself with the music, even though that’s really cheesy.”

Though only 23 years old, Safia Nolin’s life has been anything but easy. Dropping out of high school, Nolin found herself bullied, alone and without a direction in life. She immersed herself in learning how to play guitar at the age of 17. She released her first album, Limoilou in September of 2015, and found herself playing a European tour a mere three months later.

Named after her hometown, Limoilou is not an ode to the town itself but rather a reflection of the feelings that she felt as she first started writing music in that town. While the album’s sound is light and soothing for the most part, its lyrics express feelings of pain, isolation and melancholy. It was in Limoilou that she penned her first track, “Igloo,” for which she won the SOCAN award in 2012.

“I was doing absolutely nothing with my life. I was kind of lost and I didn’t have a plan. I didn’t want to go back to school so I was left with a lot of spare time, so I played the guitar. It’s kind of hard to just be 16 and I had no friends, ‘cause all my friends just drove me crazy for dropping out of school, so I had no friends left. It’s kind of dark. It felt like I had something to do at least.”

For Nolin, music did not only become her way of life, but was also the reason behind her strength and her personal growth. That being said, her experience in the world of music was not always an easy one, especially when her success escalated so rapidly.

“[My biggest challenge was] not getting lost as a person. As a person, it’s hard ’cause everyone’s nice but don’t help me. There’s a lot of drugs and alcohol and backstabbing but, at the same time, everyone’s great. I feel like at some point in your life you become two people: yourself, who you were and who you are as a person, and the other side of you that is really dark, and that can do stuff that you don’t want your mother to know. It’s hard to balance between those two versions of you. I feel like it’s kind of challenging, musically and personally, to just remember who you are. I stopped drinking and taking drugs ’cause I felt like it was removing the better version of me.”

Back in December, Nolin played 13 shows in France, nine of which were opening sets for French artist Lou Doillon. Unlike most people who are elated when they get sent on a European tour, Nolin struggled with the idea. She openly suffers from anxiety, and that led her to fear her trip to France, feeling like everything was happening too quickly. Regardless, the trip turned out to be a pivotal moment in her career.

“Meeting the band was crazy. [Lou] is like an inspiration for me. She’s a great lady, and I don’t know how to say it but I want to be like her when I’m a little bit older, ’cause she’s a little older than me. Paris was awesome, we spent a whole week in Paris and that was great and there was a concert, it was one of our last gigs, and we opened for them and then we had an encore. It was really weird to play ‘Igloo’ which was the first song that I ever wrote. It was really nice and surreal to play it like thousands of miles from my house and from Montreal. I never thought in my whole life that I would go to France and sing, and have an encore for a crowd of French people. It was crazy — I was shaking.”

Nolin will be playing over 15 shows throughout Quebec in the coming months, but rest assured that none of her shows are alike. Despite the overall dismal demeanour of her music, Nolin makes a point to ensure that all her shows are kept light.

“I always say random shit so I guess people can look forward to just laugh or just feel really awkward. I hope people enjoy my music but if they don’t, I just want them to have a good time. I don’t say really dark stuff ’cause that would be way too heavy. I feel like I’m talking with friends when I’m on the stage and it’s always such a balance between light/heavy, light/heavy, ’cause the songs are all so dark.” ■