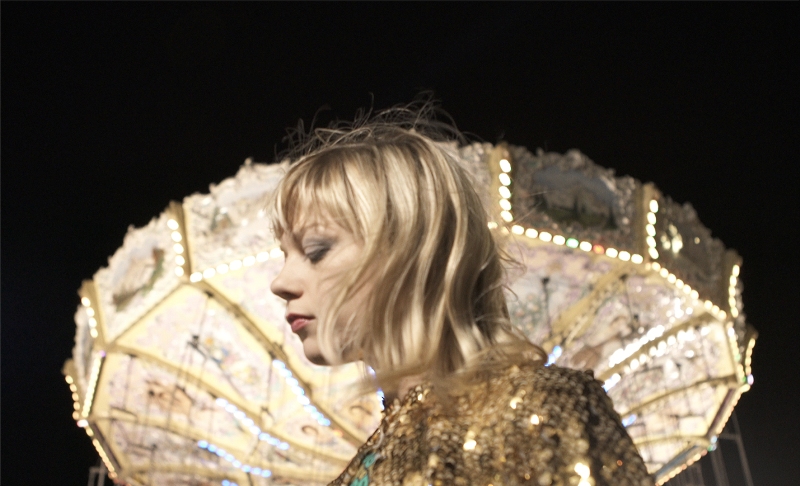 Following up an album as great as Tall Tall Shadow would be an intimidating task for most artists. Basia Bulat’s third record was widely acclaimed by critics and fans, making the Polaris Music Prize shortlist in 2014, and anyone who saw her live during that album cycle won’t soon forget the intensity of her performances. But Tall Tall Shadow was so intertwined with the death of a close friend that taking a sharp turn into a new sonic and thematic space wasn’t a savvy career move, it was a necessary shift.

On Good Advice, Bulat explores pop songwriting, but in a way that lets her soulful folk foundation shine through. Aiding in this transition was the record’s producer, Jim James of My Morning Jacket.

“I really wanted to do something different and I also wanted to be myself,” says Bulat. “Maybe because we’re friends and he knew who I was, he was really an ideal person for that kind of goal. Because he’s been on both sides of the experience, he’s somebody who really understands what it’s like to be behind the microphone with all your personal stuff.”

Bulat, who was born in London, Ontario and moved from Toronto to Montreal a year and a half ago, felt that the relatively pop realm was a new place to explore as a songwriter and instrumentalist, but in a way she’s sticking to her roots.

“The songs always come in a simple way…I’ve always been interested in the song form and that’s something that’s probably not going to change. But who knows? I feel like as soon as I say I’m not going to make an electronic dance instrumental record, I’m going to think ‘Why can’t I do that? Maybe I should do that! What would that sound like?’

“When I was younger, I was really in love with the idea of being part of a very long tradition, something that goes back for centuries, of somebody singing with a guitar and entertaining people — and I still am. But I realize now that in terms of connection to people, other things might be possible. I already know how to do that one thing, so how do I push myself to try and make a connection that may be sonically different?

“Then again, people are saying [that the new album] is very different, it’s synthesizers and keyboards, but I’ve been playing keyboards since I was three! Piano was my first instrument, but I used to be afraid of it — I felt like I wasn’t a great keyboardist. There’s a lot of emotional weight that comes with the keyboard and the piano when you start young, especially in the classical world; there are often feelings that maybe you’re not good enough. But on the last record I got more confident and began playing more piano, so it’s kind of like coming back home to what I’ve been doing my whole life.”

On stage, Bulat has added piano and synth to her list of signature instruments (autoharp, acoustic guitar and ukulele), and now she’ll be accompanied by four other musicians on drums, bass, guitar and additional synth.

“I just make things more and more complicated for myself as time goes on. I just add things as opposed to taking away,” Bulat says. And this week’s local launch show may feature some additional talent.

“My dream is a choir,” she says with a laugh, “but for the Montreal show I’m hoping I can get special guests, get some of my newfound friends to join me for some singing, especially since there are so many female voices on the record.” ■

Basia Bulat was one of over a dozen local musicians who contributed to Cult MTL‘s tribute to David Bowie. See and hear her favourite Bowie track and read her thoughts about the late music legend here.