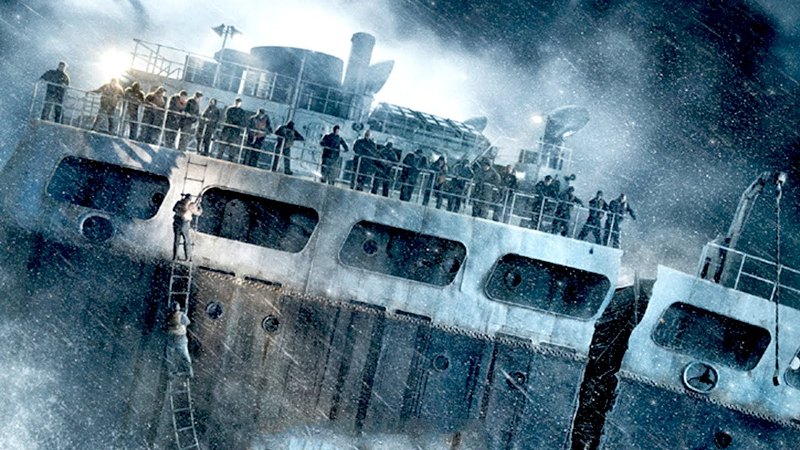 There’s something resolutely old-fashioned about films set on water. It might be the fact that young men joining the merchant marine isn’t much of a thing anymore, or simply the fact that while CGI technology has advanced by leaps and bounds, water-splashing technology has remained the same for decades. I noticed it a few months ago with In the Heart of the Sea and I see it even more with The Finest Hours; there’s something about the raging sea that draws out the nostalgia in filmmakers. The Finest Hours is egregiously old-fashioned both in its setting (1950s Massachusetts and the glass-shattering accents that entails) and its form (it is, after all, a product of the Walt Disney company), a film firmly lodged in that intemporal void where sailors who are almost thrown overboard by a gigantic wave can only utter an emphatic “Ohmigosh.”

Bernie Webber (Chris Pine) isn’t the most well-loved member of the coast guard stationed off the coast of Cape Cod. He was part of an unsuccessful mission that left many sailors dead the previous year, and he lets his strong-willed fiancée Miriam (Holliday Grainger) boss him around in front of others. As a rough nor’easter storm rages, news hits the Coast Guard that an oil tanker has splitted in half, occupying most of the men already stationed. When news hits that another tanker (now led by a mechanic played by Casey Affleck) faces the same predicament, Bernie is tasked by his boss Chief Warrant Officer Cluff (Eric Bana) to rescue the remaining men in a tiny ship built for 12, with a team comprised of the sarcastic seaman Livesy (Ben Foster) and two wet-behind-the-ears recruits (Kyle Gallner and John Magaro). 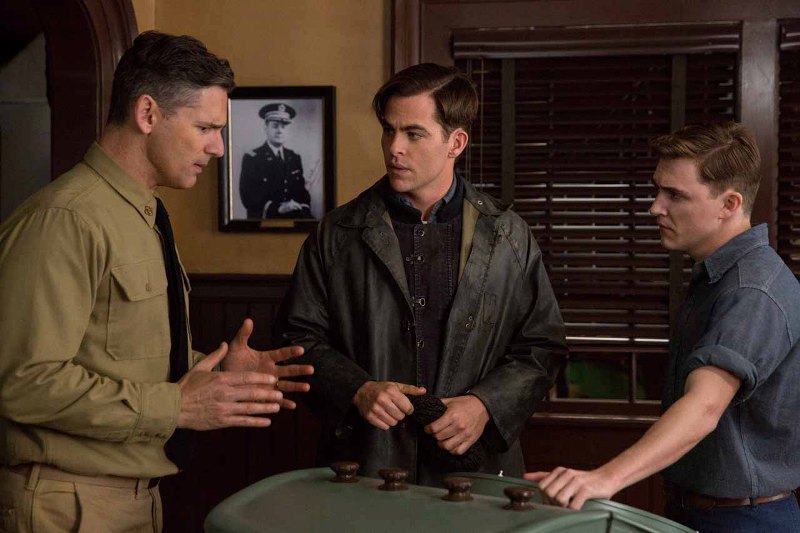 Most disaster films with such expansive casts struggle to flesh out all of the characters, but The Finest Hours particularly drops the ball on the character development front, rarely even going as far as to give most of the characters even one cursory attribute beyond the obvious (Affleck’s major character attribute is that he knows his ship well — a characteristic that tells us absolutely fuck all about who he is as a person). Despite filling the film with mostly terrific, memorable character actors, the filmmakers deliver little more than make sure they’re fairly easy to tell apart when soaking wet.

It doesn’t help that the character of Bernard is depicted as an extremely awkward introvert who avoids eye contact whenever possible and seems extremely ill-at-ease giving orders to anyone, even if it means saving his own life. It’s a ballsy move to put such an unlikely character at the helm of an old-fashioned seafaring adventure like this, but Pine seems more constipated than introverted, and his whole performance comes off like he’s being roped into doing a Michael Shannon impression he’s not particularly proud of. If you knowingly put a character whose status as a cipher is his defining characteristic at the center of a film, you’re going to have to give us more than “the one with the hat” and “the one who loses his hat” in the supporting. 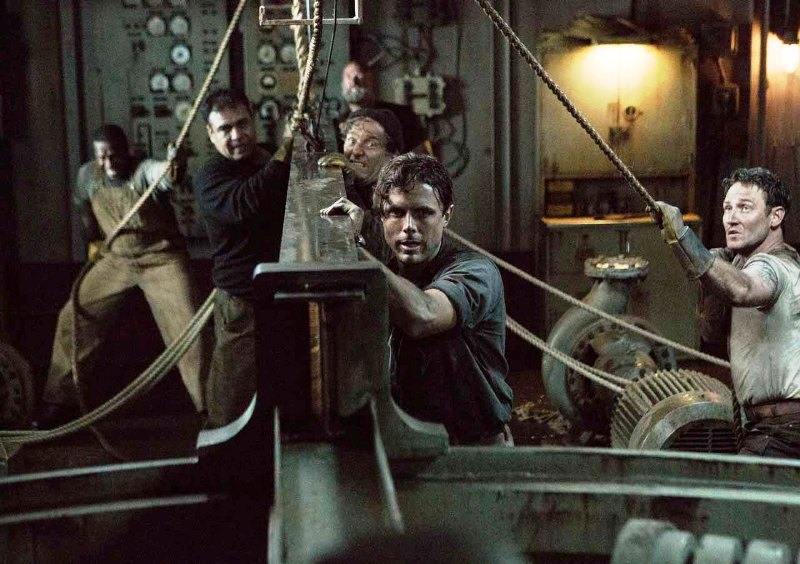 Director Craig Gillespie makes another interesting choice in fully committing to the repetitiveness and hopelessness of the situation. Where most films would diversify the stakes at hand by switching up the elements and creating conflict between characters, Gillespie is content just letting the characters face wave after wave after wave in almost complete silence. The entire second act is essentially the same thing over and over again, rendered in sometimes stomach-churning 3D that places the boat inside, under and over the raging ocean, while the guys waiting to be rescued basically spend the whole movie trying to get their half-boat to run aground somewhere. There’s not much in the way of narrative construction, but it’s surprisingly effective from a purely kinetic standpoint. In the same way that In the Heart of the Sea used its setting for a hazy, slightly psychedelic atmosphere, The Finest Hours utilizes the crushing, repetitive enormity of nature to its advantage.

Very little of The Finest Hours has managed to linger in my mind even as little as 24 hours after seeing it. It’s exciting while it lasts, but the almost complete lack of character development means it more or less feels like an extremely ornate theme park ride that’s infinitely more interested in what happened than who it happened to. It’s an extremely competent piece of work that I’ll likely not remember a second of by the time the next raging-sea epic rears its head a few years down the line. ■

The Finest Hours opens in theatres on Friday, Jan. 29. Watch the trailer here: