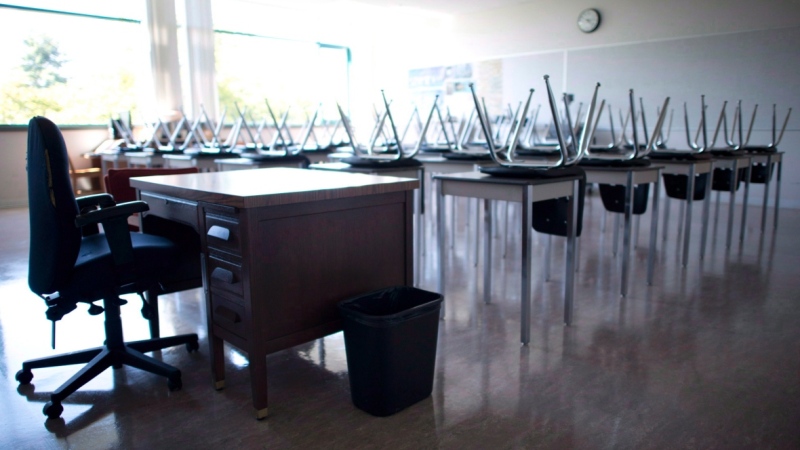 I don’t know about you, but it worries me when the leaders of the province’s teacher unions don’t arrive at the same answers as their members in a basic math test.

As teachers on the Lester B. Pearson School Board begin voting today on a tentative contract agreement with the Quebec government, the president of the Pearson Teachers Union, John Donnelly, was describing the pact as basically the status quo.

“We didn’t make any major gains, but we didn’t lose any ground either,” he told The Gazette. That’s in sharp contrast to the opinion of Westmount High teacher Robert Green, who wrote in Ricochet last week that Quebec unions were fudging the contract numbers to make it look like they’d done well at the negotiating table.

“One would expect government and corporate media to spin the numbers to look more generous than they actually are,” Green wrote. But “when the source of this spin is the leadership of the Common Front (of unions), it says some rather disturbing things about the state of Quebec’s labour movement,” he added.

The unions have been aided in the farce by a mainstream media that swallows any numbers thrown their way like so many chocolate-covered mints. According to the Common Front, which was negotiating on behalf of 550,000 government workers, the salary agreements reached with Treasury Board president Martin Coiteux in December represent a wage increase of between 9 and 10 per cent over five years, compared to an initial government offer of 3 per cent. Sounds great, right? The government just rolled over and …

Except there was no rollover. The difference between Quebec’s initial offer and its latest is much smaller. Rather than pay increases of 3 per cent over five years, Coiteux bumped it up to 5.25 per cent, or slightly more than 1 per cent a year.

So how do the unions come up with 10 per cent?

First, they added on what amounts to two signing bonuses, lump-sum payments of $500 in the first year of the contract and $250 in the last. These are NOT salary increases any more than your Christmas bonus is a salary increase. It’s a one-time deal that, for most teachers, won’t even cover the pay they were docked for their four to six strike days. Yet the unions are counting it as a 1.5 per cent salary increase.

Second, they are including wage increases that are completely unrelated to the contract. Quebec and the unions have been trying to address the question of pay inequity for more than two decades now and signed an agreement in 2011 to resolve the issue. The idea is that people with similar levels of skills, training, experience and education should be receiving similar salaries. As you can guess, it is women who have been most affected by this, with female-dominated job categories seeing lower pay scales than male-dominated ones. These issues of pay inequity have largely been resolved in the past decade for positions where gender bias was obvious, but other gaps remained to be closed. Negotiations to address this “salary relativity” finally bore fruit last year, independent of general contract talks.

And so, after many, many decades of being underpaid compared to their peers, the playing field will finally be levelled in 2019, resulting in pay hikes for some, reductions for others, and no change at all for most. Overall, these adjustments — which will trim the 165 job categories in the health and education sector down to 28 —  will add 2.4 per cent to the payroll in the final year of the contract.

Although the government has tried since the beginning to pass this off as a contract-related salary increase, the unions quite rightly refused to play that game. In fact, when the unions claim the government’s original offer was just 3 per cent, they are excluding the pay equity package offer. But now that they need to sell a weak contract to their members, it’s suddenly back on the scale, “proof” of the prowess of union negotiators.

That’s how the unions get from 5.25 to 9.15 per cent. This is the kind of accounting trick one expects from the government, but for unions to pull it on their own members is pretty disturbing.

As Green argues, the net effect of the agreement is to ensure that the salaries of most health and education workers will fail to keep up with inflation for the next five years. This type of erosion is cumulative, so workers continue to fall farther and farther behind.

Although the agreement has been presented by Coiteux and in the media as virtually a fait accompli, it is far from a done deal. It’s merely an agreement in principle between government and union negotiators. Rank-and-file union members get the final say in a series of votes being held over the coming weeks.

It’s doubtful union members will have the gumption to reject a pact that their representatives have endorsed, however. Especially after all the sugar-coated spinning we saw just before Christmas.

But if they do accept the offer, union members might be interested to know that they got a better deal in 2005, which saw salaries jump an average 1.2 per cent a year while inflation was at 2 per cent.  And back then, the contract wasn’t negotiated by their leaders but imposed in a Liberal government decree universally denounced by the unions.

Fortunately for the Philippe Couillard government, you don’t need a decree when the unions are already on their knees. ■