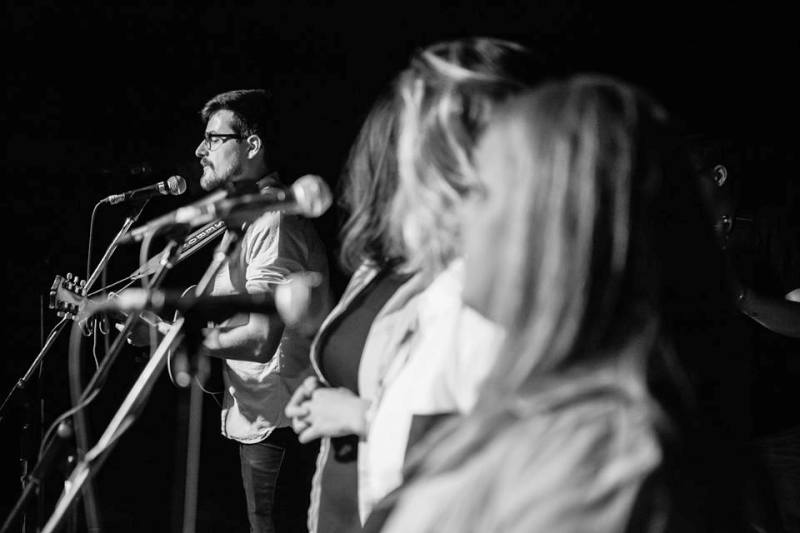 Exactly one year after the release of his album Belfast, Montreal musician Bud Rice is back with a new single, a song about Plateau nights called “Toxic Wonder,” launching with a show this weekend at Turbo Haus.

Though he and his band — which includes his father, well-known Montreal Irish-music-man Dave Gossage — hadn’t planned to go back into the studio just yet, a couple of fortunate accidents gave them access to a state of the art recording space in Old Montreal.

“A buddy of mine named Justin Wiley, who’s in a group called the Holds, works for Recording Arts Canada,” Rice explains. “He reached out to me about a week before this concert series that they hold annually, and for whatever reason they were in need of another band. I wanted to help him out and I was excited to play, it was at la Sala Rossa and I figured it would be a nice crowd.

“It turned out to be a competition, but I didn’t know it was a competition until the very end, when we won the competition. We had played our set and somebody came up to us and told us we won. We were a little caught off guard, but it allowed us a day in studio at the RAC studio. Recording is a pretty expensive endeavour so the free studio time was a great opportunity to put something else out. We took the day — it was me, my dad, my bass player, keys player and drummer and we banged out two tracks in about seven hours. I’m super grateful for it; I’m so pleased with the end result.”

The RAC crew handled the production, but Rice and company turned to the same guy who mixed Belfast for finishing touches — Warren Spicer of Plants and Animals. In some ways the track’s funky rock sound might point to the future, as Rice says that his next record will be a step away from the singer-songwriter nature of much of Belfast, but it’s also a nod to the past — the song was written roughly seven years ago.

“I was  a teenager, and I was living at home still,” Rice recalls. “At that point we spent a lot of our weekends at (St-Laurent Blvd. bar) Bifteck — people always talk shit about Bifteck, ‘It’s a dive bar’ and this and that, which it is — but I loved my time there, it was always very fun and exciting. There was that stretch from Pine and St-Laurent that my buddy and I would walk at least once a week up to St-Viateur and Esplanade, which is where I grew up — my mum’s place — and we would encounter a lot of funny, weird experiences in that area at three in the morning.

“The song was also written in the blistering winter and I remember we would get 40s of Corona and walk down the street and drink it on the way down, which sounds so lame in retrospect, but we were young and it was funny.

“[The lyrics are] a little more romanticized than what it actually was. I tried to add a little poetry to what we saw but more or less it’s the exact same things that happened to us on a weekly basis down there.” ■