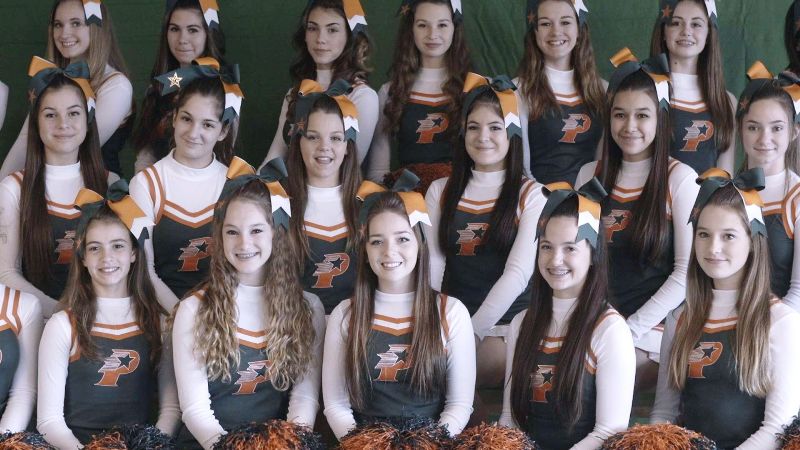 What makes teenagers such fascinating subjects for documentaries? From all-time classics like Streetwise or Claude Jutra’s Wow to more recent films like Nanette Burstein’s American Teen, it seems filmmakers can never quite get enough of turning their cameras towards the kids these days.

When I was 15 or so, I thought that my life and the life of my friends could only be told through some sort of gritty, warts-and-all cinéma verité type of deal (probably one titled My Generation, but after the Limp Bizkit song, if I’m being perfectly honest). I fetishized the idea of my life being worth a look in a way that betrayed the fact that I didn’t really do much more than do homework and jerk off. In a way, Bienvenue à FL makes the point that I never would’ve wanted to hear back then: the more things change, the more they stay the same.

Geneviève Dulude-Décelles turns her camera on the students of École secondaire Fernand Lefebvre (or FL for short), a high school in the town of Sorel-Tracy, about an hour east of Montreal. FL is a mid-sized high school (one of two in Sorel) with a make-up typical of any suburban / rural high school in Québec — the jocks, the nerds, the goths, the preps, the poor, the rich. The film is centred around a photography project that’s meant to foster increased communication between students; each student is paired off with another at random and asked to take portraits of each other. The idea is to break down the invisible barriers of clique and class.

Unlike many films of its ilk, Bienvenue à FL presents most of its subjects in isolation. Dulude-Décelles doesn’t go for the standard all-the-kids-sit-in-a-circle-and-talk-about-the-times presentation. Each subject is presented either alone as their portrait is taken, alone at home or goofing around in very small groups. No attempt has been made (or at least, none is made apparent) to force groups out of the participants or create inorganic situations. The filmmaker is mostly removed from the film, taking a fly-on-the-wall approach to most scenes, which play out in very meticulously composed sequences that are the complete opposite of their ragged, ambling content.

The result is an aesthetically beautiful but sometimes meandering film. Unsurprisingly, it seems teenagers (or, at least, teenagers who go to mid-sized rural high schools) haven’t changed significantly since I was one in the early 2000s. They’re still prone to grandstanding (more than one interviewee claims to have been through it all because they’ve lived through a break-up), obsessive self-analysis, wasting time (two of the kids are obsessed with making home movies; one of them, about a man who gives birth to incongruous objects like frying pans and kittens is pretty much point-by-point exactly the same as one me and my dumb friends made when I was that age) optimistic projections about the future and some awkwardly poetic insight.

I suppose my biggest qualm about Bienvenue à FL is also the film’s biggest quality. It makes high school feel universal, like some sort of standardized, mandatory obstacle course everyone must go through in order to obtain their adult permit. It’s one of the great, bizarre truths about life that every teenager feels like they’re the first person ever to be a teenager. Bienvenue à FL just goes to show that you could make a film about the kids at FL every year until the end of time, and I suspect it would more or less be the same film. ■

Bienvenue à FL is screening at Cinéma Beaubien in French and at Cinéma du Parc. Watch the trailer here: