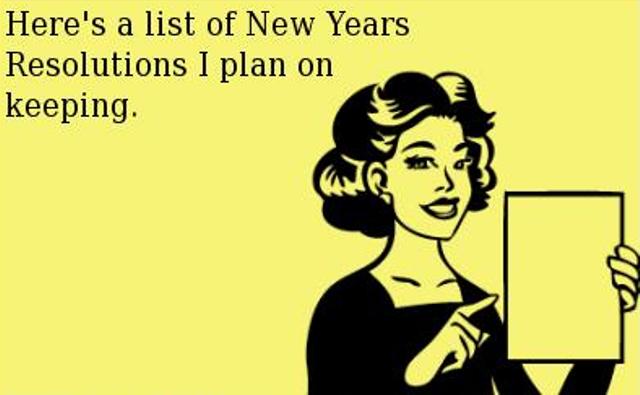 I don’t know about you, but I’ve always found the stopping easier than the starting. The older you get, the harder it is to teach your brain to accept new pathways. But you can often trick it into forgetting old ones. Eventually, you don’t even need to trick it any more, it just forgets on its own. It forgets where you left your keys, forgets to pick up bread on the way home, forgets to put the seat down.

Unfortunately, none of those are good New Year’s resolutions.

Now, where was I?

Ah, yes. The first annual Quebec Ink (I think it’s the first. I can’t remember how to look up whether I did this last year):

NEW YEAR’S RESOLUTIONS FOR EVERYONE ELSE

Montreal mayor Denis Coderre: Stop blathering about Montreal’s 375th anniversary in 2017.  First of all, what’ the big deal about 375? I can see 400, maybe even 350, but why is turning 375 worth all the fuss? Nobody cares and nobody certainly wants to see Ottawa and Montreal spend  nearly $40 million to trick out the Jacques-Cartier Bridge in the most expensive light show since god created, well, light. Aren’t a few dozen LED bulbs on the cross on Mount Royal enough? In an era where worries about our wasteful energy habits are tied to the very future of the planet, wouldn’t it be better to spend $40 million to house and feed the homeless? Just sayin’, Denis, maybe you can  turn  it down a notch.

And while you’re at it, maybe you shouldn’t be so quick to denounce the actions of student and union protesters after you illegally damaged Canada Post property using city equipment (a jackhammer) that you weren’t properly trained to use in the first place. Great photo op, but it just missed turning into a broadcast of our mayor pulverizing his foot on live TV.

Quebec premier Philippe Couillard: Give up this crazy idea that you can get away with giving your fellow politicians a 50-per-cent raise while telling everyone else they need to tighten their belts. The argument that it will actually save money doesn’t wash.

First of all, part of the “savings” comes from a theoretical bump in tax revenues from the higher wages. That’s a strange way to cost a wage increase, one that you’re certainly not using to evaluate the impact of increased pay for teachers and nurses.

Second, another major chunk of the “savings” would come from changes to the pension  plan, where MNAs will no longer contribute a measly 21 per cent of their own cash to the plan but will pay 41 per cent, which will still be substantially less than the 50 per cent the Couillard government forced on municipal government workers from firefighters accountants a little over a year ago. You can twist the numbers any way you want, but replacing fat-cat pensions with fat-cat salaries isn’t an example of “rigour” in public spending, especially when so many Quebecers have no private pension plan at all.

Canadian Prime Minister Justin Trudeau: Stop pretending that you can simultaneously fight climate change while exploiting oil sands development. Achieving even the modest goals adopted in the Paris climate talks will only slow the projected increase in average global temperatures to 2.7 degrees C, far more the 2°C target that many already think will be too little, too late. Thanks in large part to the tar sands, Canada is among the top 10 source countries of carbon emissions in the world. You need to send a clear sign that Canada recognizes that the carbon era is over, and that means announcing an end to new pipelines and to fossil fuel industry subsidies and exploration permits.

Montreal police officers: Stop treating protesters like enemy combatants. When you gear up for every little student demo like you’re preparing for war, when you try to disguise yourselves as 40-year-old black bloc activists and start pulling out your weapons and assaulting protesters when you’re exposed, you create problems that are significantly more damaging and expensive than a few broken bank windows. The SPVM has undergone an excessive militarization in its tactics and approach to legitimate protest since the wave of student marches began in the 2012 Printemps Érable. Even bike patrols travel in packs these days, turning what was originally a project for community policing into roving mountain-bike gangs. This has to stop. When bystanders fear police more than the protesters, we have gone much too far.

Montrealers: Stop complaining about the snow. In a decade or two, we’ll be fondly remembering what it was like to skate on an outdoor rink and to see snow-covered streets after a fresh storm. Get out and celebrate with shovels, skis, snowshoes and snowboards. But leave the ski-doos in the shed, where they belong.

And have a Happy New Year. ■
Peter Wheeland is a Montreal journalist. His sardonic observations about the city and province appear on Cult MTL every week. You can contact him by Email or follow him on Twitter.